The Fujitsu Group has established the “FUJITSU Climate and Energy Vision,” a medium- to long-term environmental vision with the goal of bringing the Fujitsu Group’s CO2 emissions to zero by 2050, as well as contributing to the achievement of a decarbonized society and the adaptation to climate change, through provision of technologies and services supporting digital transformation.

The Importance of Responding to Climate Change 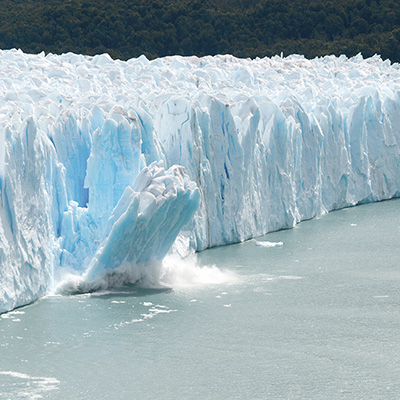 Basic Concept of the FUJITSU Climate and Energy Vision 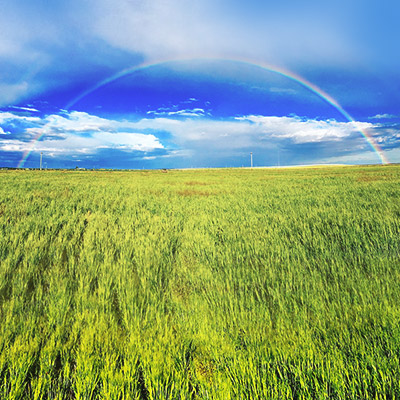 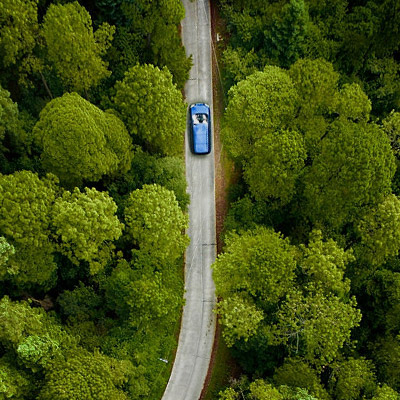 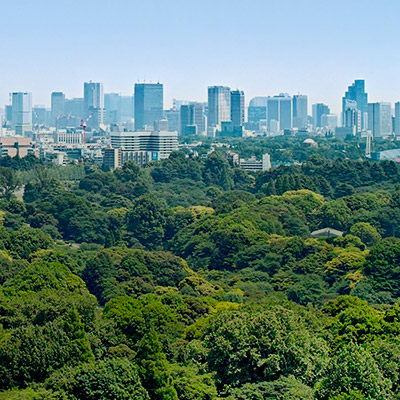 The Importance of Responding to Climate Change

Climate change, which will have a significant long-term impact on countries and regions around the world, is an important issue for us as a global company. Disasters caused by climate change will disrupt procurement, logistics and energy supply networks, making it difficult to procure parts and energy for our business sites. Tighter regulations on greenhouse gas (GHG) emissions will affect our operations, and the ICT products and services we provide to our customers will also need to be made more energy-efficient. If we fail to provide products and services with excellent energy efficiency in response to regulatory and market demands, we could suffer business losses and a decline in our corporate reputation. At the same time, through innovations in AI, IoT, and other advanced technologies, it is a great business opportunity for us to form ecosystems with customers and various stakeholders, contribute to the decarbonization of society—by taking actions such as reducing the power consumption of customers and society and expanding the use of green power—and provide services and solutions which facilitate adaptation to climate change.

The Fujitsu Group considers climate change to be a serious issue (materiality) that must be addressed, and we have been actively working to meet the goals we previously set in our Environmental Action Plan. Furthermore, in order to contribute to addressing the issue as a leading company, we recognized the need for the Fujitsu Group to have a long-term vision and tackle the issue as a united group. We gathered knowledge and engaged in dialogue with various stakeholders through interviews with outside experts and the activities of external organizations.*1 Taking these into account, the Environmental Management Committee*2, led by the President, formulated the Fujitsu Climate and Energy Vision, our medium- to long-term environmental vision with regard to climate change, and we made it public in May 2017.

In addition, in April 2021, we revised the emissions reduction targets in FY 2030 shown in Vision 1 from 33% to 71.4% in order to accelerate our own moves toward decarbonization.

*1 See here for the state of communication with society at that time.
*2 Its name in 2017. Now the Sustainability Management Committee.

Fujitsu’s vision is to “contribute to creation of a decarbonized society and adapt to climate change” and to “achieve zero CO2 emissions from Fujitsu by 2050” through technologies and services supporting digital transformation.

As an international framework of measures against global warming starting in 2020, the Paris Agreement*3, which sets a goal of limiting the rise in global average temperature to less than 2°C above the average temperature prior to the industrial revolution, came into effect in November 2016. In order to achieve this, the goal to “achieve a balance between emissions and removals of greenhouse gases (GHG) in the second half of this century” has ben set, and a shift to a decarbonized society will be necessary beginning in 2050.

Various changes are taking place in the global market as well, and it is expected that regulations on CO2 emissions will be tightened, carbon taxes and other carbon pricing will be applied to more countries, and carbon taxes will rise sharply.
In addition, investment taking into account Environmental, Social and Governance (ESG) factors is expanding, which is also exerting a significant influence on market rules. 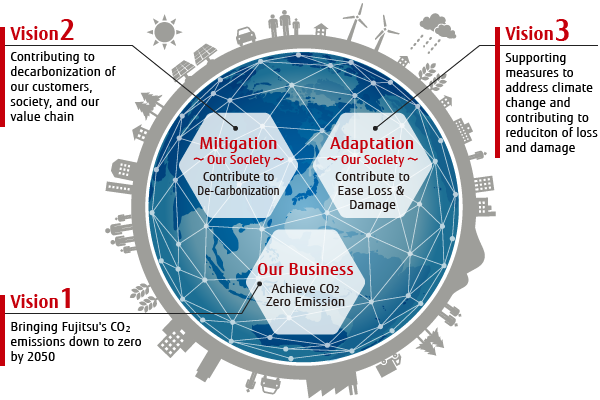 This vision has three pillars, namely, “Our Business: Achieve Zero CO2 Emissions,” “Mitigation: Contribute to a Decarbonized Society” and “Adaptation: Contribute to Measures in Society to Adapt to Climate Change.” The Fujitsu Group aims to use ICT effectively to accelerate its own efforts to shift away from carbon, and by providing the knowledge gained from such efforts to customers and society as solutions, leverage its own business activities as a way to mitigate and adapt to climate change.

*3 Paris Agreement: New framework adopted by the 21st Session of the Conference of the Parties to the UN Framework Convention on Climate Change for measures to combat climate change starting in 2020

Fujitsu has formulated a roadmap to reduce its CO2 emissions to zero by 2050.

The Fujitsu Group established a roadmap for reducing CO2 emissions where it would gradually reduce them to zero in three phases by 2050, with its intention to take the initiative as a global ICT company to strive to create a decarbonized society. The roadmap has been certified at 1.5 ° C by the Science Based Targets initiative (SBTi) *4 that recommend setting scientifically consistent targets.

*4 SBTi: An initiative jointly established by the United Nations Global Compact, the World Resources Institute (WRI: World Resources Institute), and other organizations in 2015. It encourages companies to set GHG emission reduction targets consistent with science-based evidence to the level required by the Paris Agreement, validating targets that comply with criteria including indirect emissions not only within the company but also in the supply chain. 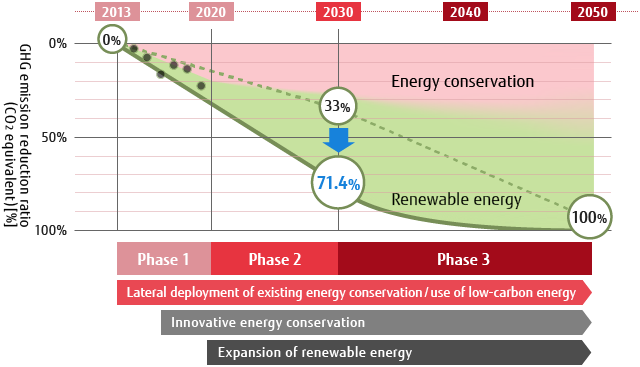 In Phase I (until 2020), from the perspective of usability and economic efficiency of the technology, in Japan, we will horizontally deploy energy conservation technologies that already exist, verify new energy conservation technologies that use AI, etc., and move forward with the use of low-carbon energy. Overseas, we will proactively implement renewable energy, focusing on the EU.

In Phase II (until 2030), the Fujitsu Group will work to establish and spread a transition to AI and ZEB*5, etc. to accelerate the reduction of emissions. Further, we will expand strategic implementation of renewable energy, which is expected to be easier to use in Japan as well, with consideration given to local characteristics and economic efficiency.

*5 ZEB: Zero Energy Building. A building with significantly reduced yearly energy consumption achieved through conservation of energy in its structure and facilities, and through creation of energy by using solar power generation, etc.

In Phase III (2030 and after), we will accelerate implementation of increasingly easy-to-use renewable energy, while supplementing with offsets from carbon credits, with an eye toward deploying and deepening innovative energy conservation technologies and shifting away from carbon.

The Fujitsu Group intends to increase the use of renewable energy in the electricity consumed at Fujitsu Group locations to at least 40% by 2030 and to 100% by 2050 with the membership gained in July 2018 to RE100. RE100 is a collaborative initiative led by The Climate Group in partnership with CDP, for companies committed to source 100% of the electricity they use from renewable sources.

Fujitsu provides social innovation to support mitigation of and adaptation to climate change.

The Fujitsu Group believes that ICT has the potential to contribute to the mitigation of and adaptation to climate change. To that end, we have established “Mitigation: Contribute to a Decarbonized Society” and “Adaptation: Contribute to Measures in Society to Adapt to Climate Change” as pillars of Fujitsu's medium/long-term environmental vision, and are utilizing advanced ICT to create social innovation that contributes to resolving global environmental issues.

Vision2Contributing to a Decarbonized Society

The Fujitsu Group contributes to the decarbonization of society by creating ecosystems with customers in a variety of industries and business types. The key point of mitigation measures is the utilization of AI and other advanced digital technologies to maximize energy efficiency. We will achieve optimal usage of energy for the overall societal system by incorporating those technologies into a mechanism that crosses the boundaries between businesses, industries, and regions.

Vision3Contributing to Measures in Society to Adapt to Climate Change

The key point of measures to adapt to the impact of climate change is advanced measuring technology using AI, big data, and simulations through sensing technology and high-performance computing (HPC), etc. Fujitsu will utilize these to create solutions to enable creation of a resilient societal infrastructure and stable supply of agricultural products, as well as solutions to minimize food product loss, thereby contributing to the minimization of damage to our customers and society caused by climate change.