Limiting the Amount of Waste Generated

The Fujitsu Group considers wastes as valuable resources and has continued to work toward recovering resources from its waste or using the waste as a source of energy. In Japan, our volume of final waste disposal has been decreasing every year. However, the environment surrounding waste disposal remains challenging as building new disposal sites is difficult and the existing ones have limited lifespans.

We are actively working to install new equipment and reuse waste with the objective to reduce the amounts of waste acid, waste alkali and sludge generated in the production of semiconductors and printed circuit boards. These efforts are in line with Japan's Fundamental Law for Establishing a Sound Material-Cycle Society to (1) reduce waste generated, (2) reuse it, (3) recycle it and (4) recover heat from it.

We have also established the company-wide Standards for Consignment of Waste Disposal to properly dispose of waste, based on the Waste Management and Public Cleansing Law. 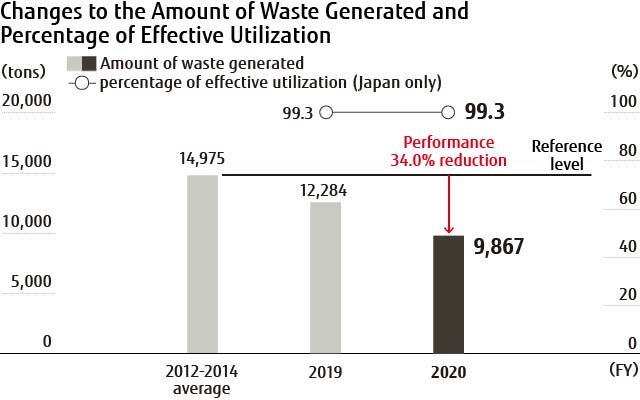 Breakdown of Waste Generated, Effective Use, and Final Disposal (in tons)