Blockchain and Distributed Ledger Technology (DLT) are heralding creative potential and seem to be driving exceptional levels of innovation. The technology has the capacity to deliver a new kind of trust implementation to a wide range of services in our financial markets, supply chains, consumer and business-to-business services, publicly held registers and Internet of Things.

It is the combination of all these technologies that make Blockchain and DLT unique. Its benefits include:

It is however important to remain vigilant. Blockchain has the intrinsic potential to become the most disruptive technology and approach in the next decades as it evolves further. 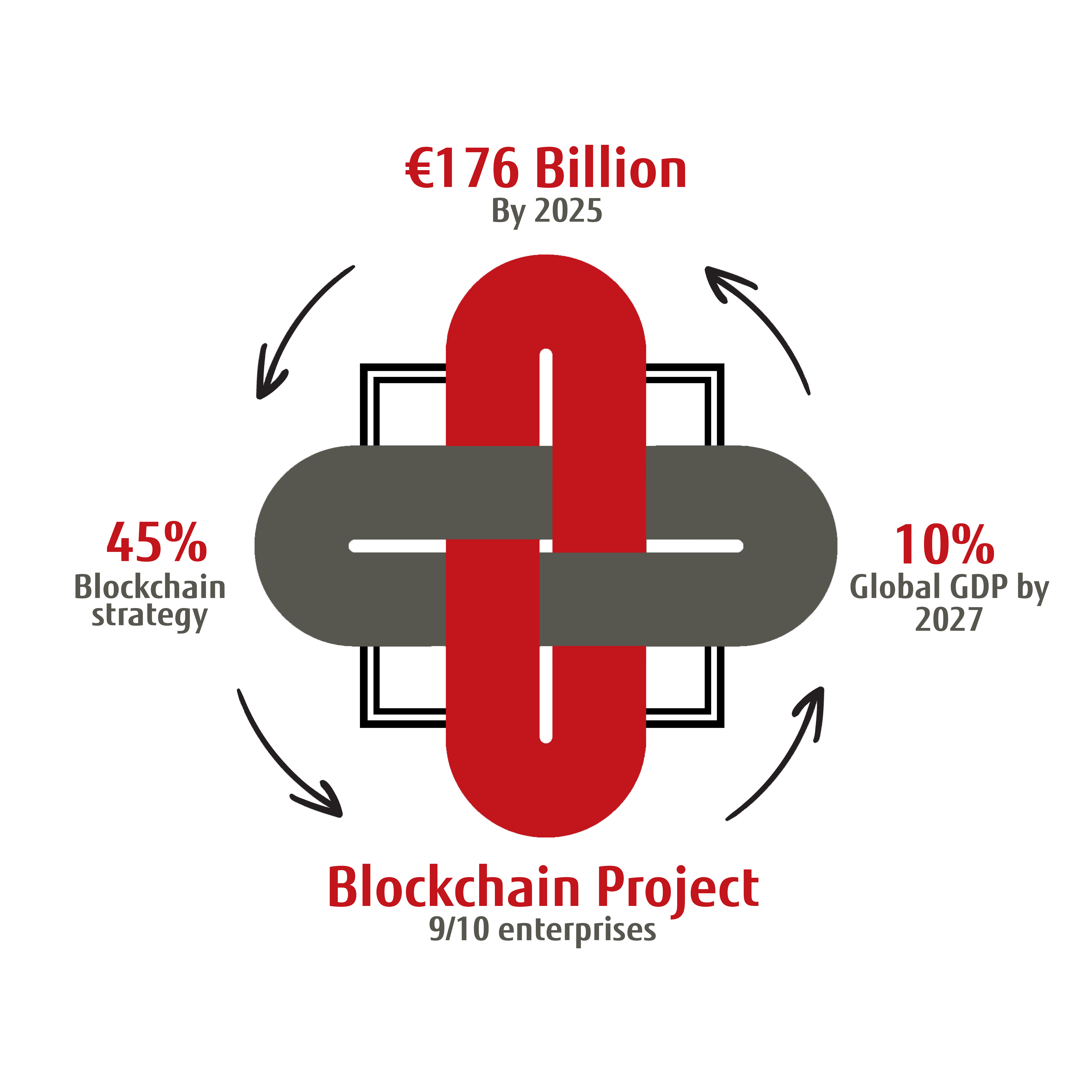 According to Gartner, Inc., the business value-add of blockchain will grow to slightly more than $176 billion by 2025, and then it will exceed $3.1 trillion by 2030. In addition, 9/10 Enterprises will do a blockchain project.

According to World Economic Forum, 10% of global GDP would be stored using blockchain by 2027.