It’s a data jungle out there - what’s your survival strategy?

The data jungle is real!
Data in the wild is uncontainable and unruly. It is ever-growing, and challenging to manage, and it exists in diverse formats. It can also be disorganized and difficult to access, while parts of it may be lost or have incorrect values.

Businesses have to become data-driven if they want to successfully navigate this data jungle. The journey of digital transformation depends on how well organizations can collect, store and manage data, and integrate it into their enterprise operations to transform data into money. The trees in this data wilderness are your guiding lights – they represent diverse data storage technologies that are each efficient, secure, available and easy to manage – when seeded in their natural habitat. The more you understand them, the easier your journey will be.

So come with us on this journey of exploration – to get up-close and personal with the trees of the data jungle – the data storage technologies that will help you tame data in the wild and unlock its real power.

Succeed in your data-driven journey

Don’t miss the forest for the trees
Evolve Or Perish

In the data jungle, data is everywhere – and you are right in the middle of it! The terrain is challenging, and your survival is uncertain. The way out is to focus on the larger goal of data-driven transformation. The river of data growth flows through the woodlands, and each landscape of trees presents an opportunity for you to explore new data storage technologies that will help you evolve and succeed in your digital transformation journey. 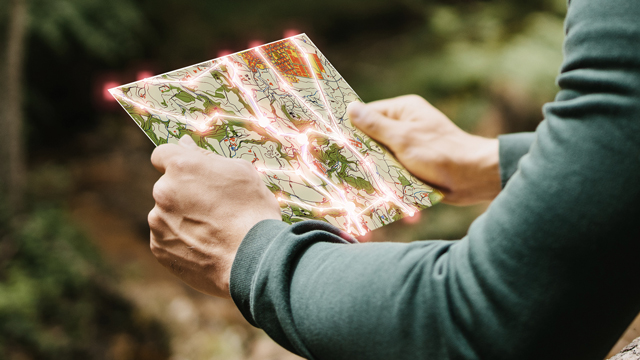 Find your way through the woods
Not if, but how?

The exhaustion of a long journey and the fear of the unknown can be overwhelming, but you don’t have to embark on this journey alone. A guide who knows the landscape can be a vital asset when choosing between diverging paths. A trusted advisor can help you navigate the maze of diverse data storage and data protection technologies, and use deployment models to help you choose the best option – tailored to address your specific requirements in order to turn data into money. 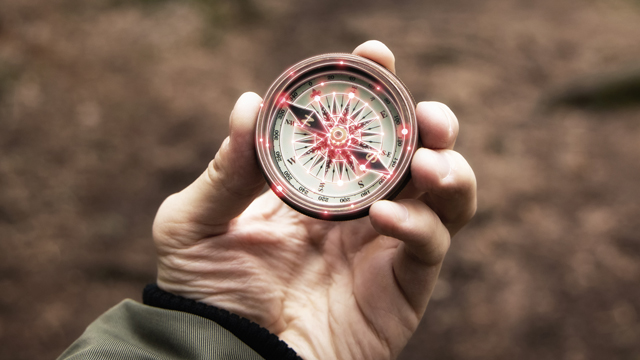 Make your own path
Thrive and not just survive

To follow the herd is to survive; to thrive is to become a trailblazer who charts their own path. Your unique data-driven transformation journey will help expand your customer base, generate new revenue streams, optimize resource deployment and expand your ecosystem of partners and suppliers. While you efficiently manage the continuous expansion of the variety, velocity and volume of data, the fruits of the jungle offer valuable insights that differentiate you and ensure that your business blooms. 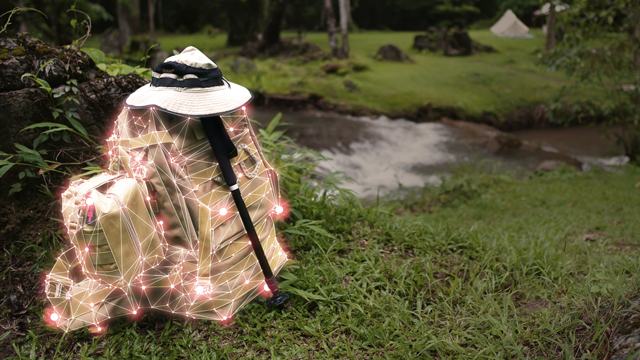 Flashlights to guide your journey

Investing in data storage in the age of cloud & compliance

Updating your data storage plans for the era of cloud

How hybrid IT changes your data journey?

Discover how new approaches to planning and consuming storage – to your data journey - can improve interoperability by supporting an evolution to hybrid IT.

Journey through the woods

Have you ever heard of the redwoods? These magnificent trees are some of the oldest and tallest in the world. They can live for over 2,000 years and can tower over 300 feet.  Traditional RAID storage is like the redwoods of the data jungle, continuously evolving to support both legacy enterprise applications and modern cloud-native applications, while effortlessly matching demands of scale-up and scale-out storage.  Both have stood the test of time, thriving in adverse conditions - and their adaptability is a lesson in survival.

Traditional RAID storage and redwoods: How are they similar?

Redwoods are unique evergreen trees. They are highly adaptable as their treetop needles are different from the ones on lower branches to accommodate differences in moisture and light. Their shallow root systems extend several dozen yards from the base and intertwine with other redwood trees, offering better strength to withstand strong winds, earthquakes, storms and prolonged flooding. They also grow very fast, have thick barks and are rich in tannins- making them resistant to fire, insects and rot.

Traditional RAID storage is akin to the redwoods; they too support a mix of storage technologies that can be combined to match different data storage requirements:

The data jungle contains different trees, shrubs and even weeds, but the redwoods are one of a kind. They don’t grow overnight; they too start as tiny plants that mature into towering trees over time.

Your storage investment in traditional RAID storage is similar: what may start as small budget allocation for hybrid or flash storage can grow to become an indispensable part of your data center. Data storage that delivers the highest levels of storage performance and reliability - helping you collect, consolidate and harvest data to transform it into real insight.

Adopting traditional RAID storage and integrating this into your data center infrastructure can accelerate your digital transformation journey. It can help you to predict market trends and customer preferences, run your business applications uninterrupted, have smarter storage management and guarantee business continuity.

Software-Defined Storage … it comes with the beauty of a rainbow 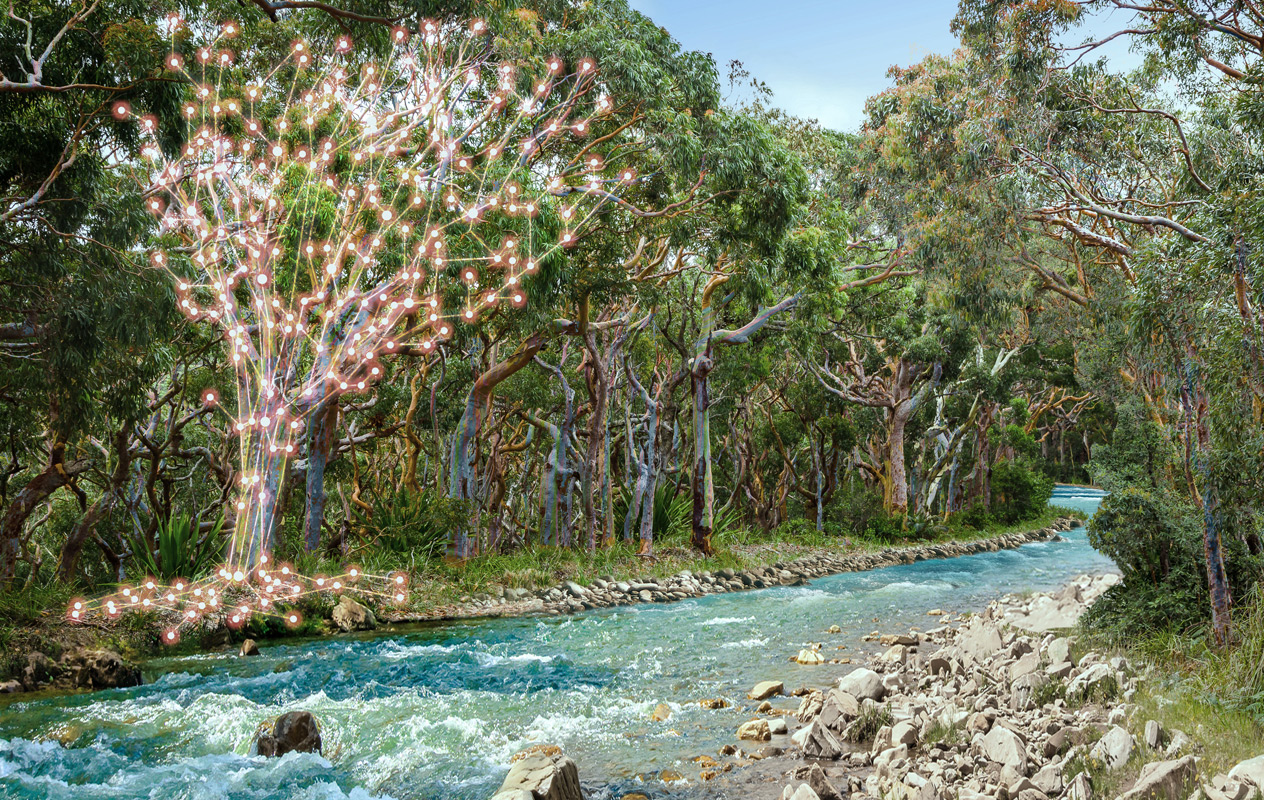 In its native mountain rainforest habitats and humid tropics, the rainbow eucalyptus (Eucalyptus deglupta) is one of the fastest growing trees on earth. High levels of rainfall allow the tree to grow at an impressive speed – both in height and in width.
Software-Defined Storage (SDS) grows rapidly, too, but rather than being dependent on a constant flow of water, it feeds on the data stream. The flood of data is what urged the IT industry to develop Software-Defined Storage – a solution to grow in capacity as well as in performance – with ease.

The pace of growth is not the only beauty of the rainbow tree and SDS. Are you curious to explore the rainbow of Software-Defined Storage? The legend says that there is a treasure hidden at the end of the rainbow…

Software-Defined Storage: The Rainbow tree of the data jungle

Thanks to its rapid growth and the suitability of its fibers for paper production, rainbow eucalyptus is cultivated on plantations. But its uses don’t stop there. The rainbow tree is also cultivated as an ornamental plant in gardens and parks, thanks to the exceptional coloring of its bark. It is smooth and brownish colored, but because cracks develop in it year after year, the bright green bark underneath is revealed, which progresses through a color spectrum from bright blue and violet to orange and fire red, before becoming yellowish-brown. It is this colorful bark, with its ever-changing appearance, which gave the rainbow tree its name.

SDS also offers more than just the capacity for growth, even if this is its most well-known feature. The treasure of SDS – at the end of the rainbow – is that it not only supports new-age workloads and cloud-native apps, but is originally designed for such environments.
New age workloads being written today stress their underlying systems and storage in quite different ways from yesterday’s monolithic and client-server apps. Examples include:

Cloud-native apps appear in their millions every year and require a fast response to changing conditions. SDS fits well into such an IT environment, where a major challenge is the need to support many workloads that may change dramatically over short periods of time – just as the composition of various colors of the rainbow tree changes every year and never looks the same.

Specifics of Software-Defined Storage - and how it can help

The capability of the rainbow eucalyptus to multiply and spread is also impressive. About 1 g of dry seeds produces thousands of seedlings. Distributed by rivers they grow densely crowded. Similarly, SDS grows following the stream of data from the datacenter core, to the edge, and to the cloud.

Nonetheless, there are certain things to be considered: The rainbow tree grows fast, but not everywhere. So the plants cannot tolerate frost. Also SDS will not flourish everywhere. It is unlikely to fit all the possible storage requirements, and traditional storage systems still have an important role to play.

No IT strategy stays fixed, as business needs and storage technologies evolve. SDS has now matured to the degree that it is ready for widespread usage, so the question should be “Where and when does it make sense for you to bring it into your enterprise?”.

Changing storage requirements and the case for SDS

Building a Data-Driven Enterprise - A foundation to digital transformation

Fujitsu’s proven methodology enables organizations to unlock the value of data to drive disruptive business decisions regardless of where it is located across multiple hybrid environments.