Part 1: The past 10 years - Progress of digital transformation

It has been nearly a decade since the term “Industry 4.0” was coined to describe the fourth industrial revolution. Efforts to transform the manufacturing industry via digital transformation (DX) are steadily gaining traction. Although not numerous, DX initiatives at the implementation level are being adopted enterprise-wide to start breaking down departmental silos. The COVID-19 pandemic and commitments to carbon neutrality by key countries have significantly increased the demand for industry DX.

The functions required of DX are not limited to traditional forms of value creation, such as improving production efficiency and providing new value and customer experience, but also extend to the realization of resilience, sustainability, and human-centricity for society overall. Many enterprises are struggling to move forward with new, philosophy-driven initiatives, however, even though they are facing various challenges with their existing DX. 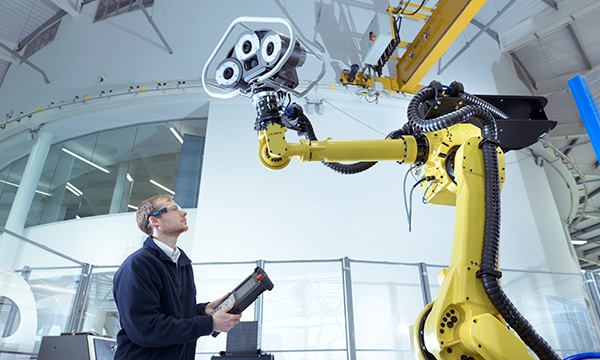 In this article, Fujitsu's Chief Digital Economist, Kenbin Kin, examines and analyzes such topics as the challenges enterprises face in implementing DX; the correlation between expected productivity, resilience, sustainability and human-centricity; and the global lighthouse as a best-practice DX case study. He provides a framework for supporting conventional DX and new initiatives and also suggests strategies to raise the outlook on manufacturing.

Part 1: The past 10 years - Progress of digital transformation (This article)
Part 2: The next 10 years - The challenge to transition to Industry 5.0
Part 3: 4 Ways CxOs Can Overcome Manufacturing Challenges

Part 1 assesses the pace of digital transformation in the manufacturing industry (manufacturing DX) and identifies the processes and challenges in the evolution of manufacturing systems.

The demand for new initiatives in manufacturing DX

How has the manufacturing industry evolved, given the successive digital technologies that have emerged? In the 2000s, next-generation digital technologies such as AI emerged as enablers, in addition to traditional ICT. As we moved into the 2010s, these next-generation digital technologies not only led to new industries, but also drove digital disruption (disruptive innovation through digital technology) in existing industries. Europe, the U.S. and Japan have engaged in smart manufacturing for about 10 years now, as exemplified by "Industrie 4.0" (fourth industrial revolution) proposed by the German government around 2012, the Industrial Internet of Things (IIoT) led by the private sector in the U.S., and the New Robot Strategy and Connected Industries in Japan.

However, according to a survey by the World Economic Forum (WEF), apart from a few frontrunners, the majority of companies are still struggling with DX as they are only conducting PoCs or individual use cases. Moreover, the Smart Manufacturing Institute (CESMII), funded by the U.S. government, has revealed that manufacturing productivity has not increased in America since the fourth industrial revolution began about 10 years ago, and that 98% of the manufacturing industry is still "stuck" in the third industrial revolution*1. In addition, a look at Japan's engagement with DX (including in such areas as digitalization and data utilization) reveals that it too is lagging behind expectations, as around 95% of companies, not just in the manufacturing industry but in other sectors as well, are either yet to embark on DX or have implemented DX in only one department*2. It is fair to say that manufacturing DX is not as advanced as expected.

Meanwhile, we are faced with cataclysmic changes in the global socioeconomic environment, notably the COVID pandemic and the Ukraine crisis. In the manufacturing industry, there is a need to strengthen our response to supply chain resilience and agility, to improve eco-efficiency including toward achieving carbon neutrality, and to accelerate the transition to renewable energy. Europe is quickly responding to these societal demands. In Germany, the birthplace of Industry 4.0, the newly announced 2030 Vision for Industrie 4.0 and Sustainable production: Actively shaping the ecological transformation with Industry 4.0 focus on Sustainability (including climate change, decent work, and social participation), Autonomy and Interoperability as the three strategic fields of action. The European Commission has also announced a policy entitled Industry 5.0: Towards a sustainable, human-centric and resilient European industry, floating the concept of Industry 5.0 and seeking action from industry. WEF, which is actively working to promote manufacturing DX, has also incorporated sustainability into its goals for smart manufacturing and is encouraging industry engagement.

Manufacturing DX therefore now has a compelling need not only for value creation in terms of traditional production efficiency and the provision of new value and customer experience, but also for value creation that takes account of the resilience and sustainability of society overall. The manufacturing industry is facing new expectations from the global community, even as it struggles with DX. It is not hard to imagine that most CEOs are struggling to cope with this.

This brings us to the question of what kinds of transformation have occurred in the manufacturing industry to date? Over the decades, the deployment of ICT has generated various changes in the field, in manufacturing systems, and in corporate management structures. In contrast, digital disruption in the manufacturing sector has yet to make headway, despite high expectations that Industry 4.0 and smart manufacturing will be driven by next-generation digital technologies.

Figure 1 is a schematic representation of the evolution of manufacturing systems. The evolutionary process can be divided into the following five main categories:

Source: Created by the author based on an interview with JMA Consultants Inc.

If we organize IT, digital technologies and other related elements into an industrial revolution theory framework, "automation and informatization" (Layers 2 and 3) can be grouped into the third industrial revolution, while "connected and autonomous" (Layers 4 and 5) can be grouped into the fourth industrial revolution. “Automation and informatization" is the infrastructure necessary for the evolution to smart manufacturing, while "connected and autonomous" is the core of what we call smart manufacturing in this article. However, since production and management systems will evolve at varying rates and in varying degrees depending on the company, not all companies will simultaneously advance to "connected and autonomous" after setting the stage for “automation and informatization”, and in most cases, progress will be coincidental.

As mentioned above, smart manufacturing has captured significant attention for overcoming the conventional limitations of "automation and informatization" which have been in place for decades. In reality, however, smart manufacturing is not progressing as well as expected. The background and impediments vary from country to country and from company to company.

In May 2022, CESMII conducted a survey on the challenges encountered in implementing smart manufacturing in the U.S. and compiled a report on its findings.*3 The main challenges can be summarized into the following three categories:

However, high costs, difficulty understanding ROI, and a lack of digital technology skills and talent are common issues that have been identified in surveys of various companies*4. (For example: METI Japan (2022). FY2021 Fact-finding survey on core manufacturing technologies: Challenges and responses in Japan's manufacturing industry - Report)*5

Part 1: The past 10 years - Progress of digital transformation (This article)
Part 2: The next 10 years - The challenge to transition to Industry 5.0
Part 3: 4 Ways CxOs Can Overcome Manufacturing Challenges 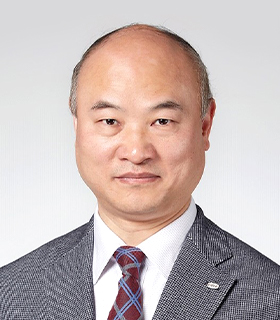 Dr.Jin is engaged in mega trends insights of global political, economic, social and technology (PEST), and the research and analysis of advanced cases of digital innovation / digital transformation (DX).
Dr.Jin’s latest book is "Towards the Creation of the Japanese Version of Silicon Valley: Ecosystem Innovation Learned from Shenzhen" (Co-authored).

Featured StoryBusiness StrategyWhat is necessary for a "hybrid digital" work model to succeed in the next normal?READ MORE

Featured StoryFuture of industryTransformative 5G in the IoT Era: how to realize its potential, from verification to implementationREAD MORE

Featured StoryFuture of industryHow Has the COVID-19 Pandemic Changed the Future?READ MORE