As Japanese Ministry of Economy, Trade and Industry pointed out in its DX Report as the “2025 Digital Cliff,” enterprise business competitiveness and sustainable management will be challenged unless reviewing the existing mission critical systems, called legacy systems, that are considered to be an obstacle to customers‘ DX and promote the use of information technology.
To accelerate DX, require the simplification of complex existing mission critical systems and the advanced utilization of information.
With those understanding above, it is necessary to promote consistent modernization of mission critical systems with an awareness of the technology life cycle.

Fujitsu vision for providing IT infrastructure 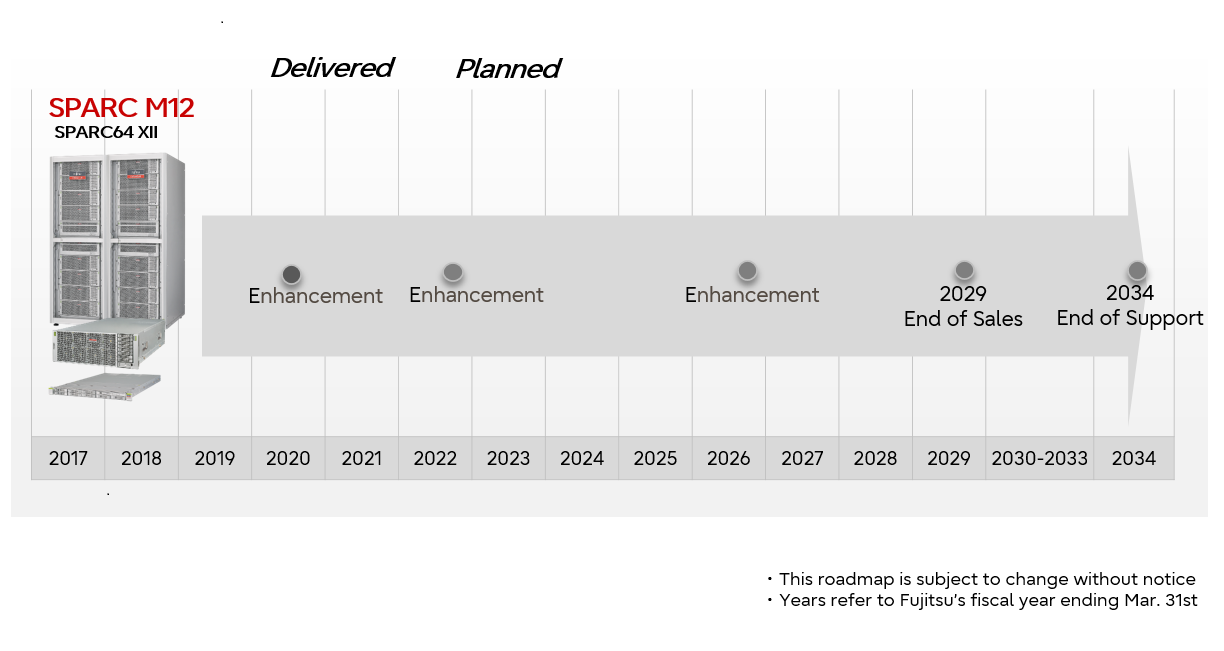