HPC and AI Initiatives for Supercomputer Fugaku and Future Prospects 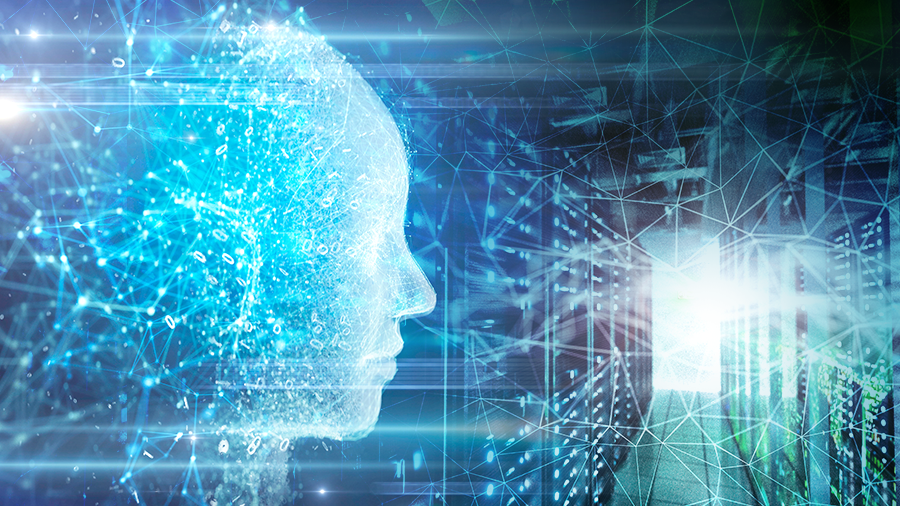 The development of AI technology is indispensable for the realization of Society 5.0, which has been announced as part of Japan's science and technology policy. As such development proceeds, the computational resources required for AI learning continue to increase. Through the development of the K computer and the supercomputer Fugaku (hereafter, Fugaku), Fujitsu has been providing high performance computing (HPC) systems with abundant computing resources. Now, in order to utilize the abundant computational resources of HPC systems for AI learning, we are working with RIKEN to develop an AI infrastructure on Fugaku.

This article describes the current status of our joint project with RIKEN to test and evaluate the performance of AI-related software on Fugaku and our future work on HPC and AI.

In 2016, Society 5.0 was proposed as part of Japan's science and technology policy [1]. In the society realized by Society 5.0, one aim is to add value to industry through the analysis of big data using AI.

The development of AI technology is essential for the utilization of AI in society and to lead the world in the realization of Society 5.0. As such development proceeds, the computational resources (e.g. processors, memory) required for AI learning and inference continue to increase. Against this background, the utilization of AI by high performance computing (HPC), which is rich in computational resources, is being promoted.

This article describes the relationship between HPC and AI, and the AI-related work being performed using the supercomputer Fugaku (hereafter, Fugaku). It goes on to describe the future outlook of this initiative.

This section describes the relationship between HPC and AI from the perspective of the use of AI in HPC.

2.1 Fugaku as an AI platform

Three factors are considered to be key contributors to the development of AI technology, which is essential for the realization of Society 5.0 [2].

2.2 Utilization of AI in HPC

This subsection describes the use of AI in HPC, including the acceleration of deep learning and examples of the application of AI to HPC applications.

The main reason for the rapid development of AI in recent years is the improvement of deep learning technology. Deep learning can learn more features than conventional machine learning, but this requires a large number of computations. Moreover, since there is a lot of data to be used for learning, a mechanism to process the data at high speed is necessary.

2) Application of AI technology to applications for HPC

Initiatives have also been launched to realize Society 5.0 through the application of AI technology to HPC applications. For example, deep learning is expected to be useful in coping with large-scale natural disasters by improving the resolution of satellite images and cloud removal to provide a more detailed picture of the ground surface [3]. AI is also being applied to system software tuning using deep learning for the enhancement of HPC [4]. On the other hand, AI is also expected to be used for the acceleration of data augmentation, which is a method for improving the accuracy of deep learning itself [5].

The development of an AI platform for HPC is also important for performing AI-related computations as part of applications for HPC.

This section describes the DL4Fugaku project and other deep learning initiatives for Fugaku.

The DL4Fugaku project was launched with the aim of operating AI software at high speed in order to provide Fugaku as an AI platform [6]. This project aims to develop AI software by tuning and operation verification, and RIKEN and Fujitsu have signed a memorandum of understanding under which they are conducting joint research and development [7]. Research and development of frameworks and applications that enable efficient distributed learning is also underway.

The software developed by the project will be released on an ongoing basis as open-source software (OSS) [8].

3.2 Development of a deep learning framework

This subsection gives an overview of the deep learning framework produced by the DL4Fugaku project and its performance evaluation.

1) Trends in and structure of deep learning frameworks 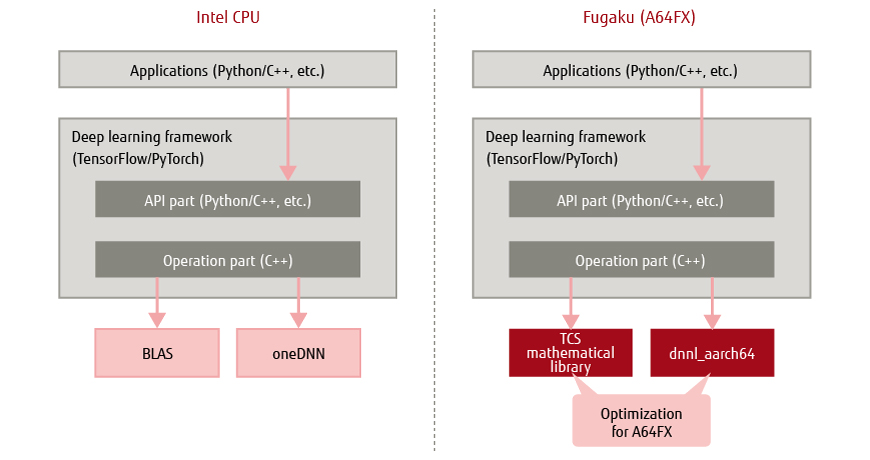 The main processing content of the operation part in deep learning is matrix operations. Thus learning and inference are sped up by calling on arithmetic libraries optimized for Intel CPUs [9], such as the oneAPI Deep Neural Network Library (oneDNN) and the Basic Linear Algebra Subprograms (BLAS), from the operation part.

2) Demonstration of deep learning performance of Fugaku with Chainer

To verify the feasibility of improving the performance of AI software by Fugaku, we performed performance tuning and evaluation during massively parallel execution using Chainer, which is widely used in Japan.

Although there are several algorithms for convolution operations, which are frequently used in deep learning, in Chainer, they are often implemented using GEMM (General Matrix Multiply) operations. Therefore, with a view to combining performance tuning and evaluation with the deep learning library dnnl_aarch64 and the mathematical library of the system software Technical Computing Suite (TCS) of the K computer, we created a prototype of a general-purpose high-speed kernel using GEMM operations so that it could be used on the CPUs of the K computer and Fugaku, and we tuned it on the K computer. The tuning performed was thread parallelization of convolution operations with the mathematical library of TCS and acceleration of the Adam optimization algorithm. This made the learning operation on the K computer 36.4 times faster.

On Fugaku, we performed further parallel tuning, such as accelerating I/O processing by pseudo-staging of the newly designed file system Lightweight Layered IO Accelerator (LLIO) and acceleration of the import processing for Python packages. Through this tuning, we achieved learning processing performance of 410,726 ips (images per second) on 72 racks (27,648 nodes) using the ResNet-50 v1.5 image recognition neural network. As shown in Figure 2, the performance improved in proportion to the number of racks, and one can expect considerable performance improvement in larger configurations. 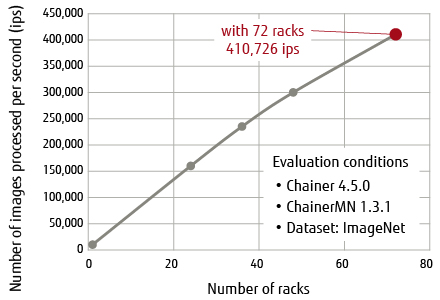 Chainer moved into a maintenance phase in 2019 and migration to PyTorch is now being encouraged [10]. Therefore, future performance evaluation of massively parallel execution will be performed using PyTorch.

The dnnl_aarch64 and TCS mathematical libraries were incorporated into PyTorch and TensorFlow, and ResNet-50 v1.5 performance evaluation was performed using A64FX.

With PyTorch, we achieved 98.8 ips for learning and 383.7 ips for inferencing on a single node (red figures in Table 1). We also evaluated the performance of Horovod, a distributed learning library for deep learning frameworks, during distributed learning, and achieved 781.5 ips with 8 nodes (Figure 3). 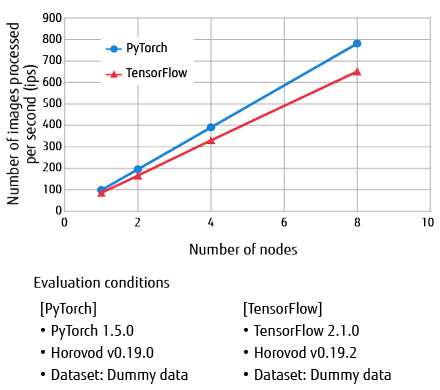 We also verified the operation of TensorFlow, which along with PyTorch has come into wide use, and we achieved 86.9 ips for learning and 295.6 ips for inferencing on a single node (red figures in Table 1). In distributed learning using Horovod, we achieved 651.5 ips (Figure 3).

Going forward, we will evaluate performance in larger environments with more than 8 nodes based on the results of massively parallel execution in Chainer.

1) Collaboration with the ARM community

Developed for A64FX, dnnl_aarch64 has been released as OSS [11]. Further, information on how to use PyTorch and TensorFlow with CPUs that use the ARM architecture is provided by the Arm HPC Users Group [12]. Looking ahead, we will contribute to the development of AI platforms for ARM CPUs through feedback of the knowledge gained from the performance evaluation and operation verification on Fugaku.

Fujitsu is developing technologies to accelerate AI processing, such as content-aware computing (CAC) [13], which automatically adjusts the accuracy of calculations according to the content of calculations during execution. We aim to apply the technologies we develop to AI software and provide higher-performance AI platforms. We will also continue to investigate applications that A64FX excels in.

This article has described the relationship between HPC and AI, and AI initiatives for Fugaku.

These efforts targeting deep learning frameworks on Fugaku are expected to contribute to further development of AI platforms for HPC systems. In the future, we will evaluate the performance of massively distributed learning and investigate the applications that A64FX excels in to promote the use of AI in HPC. We aim also to contribute to the realization of Society 5.0 by developing AI platforms in ARM through collaboration with ARM Ltd. and other OSS communities. 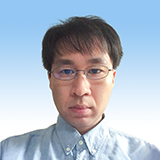 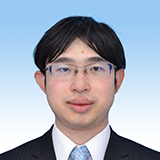 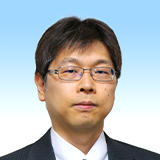 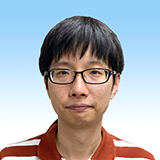 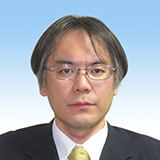 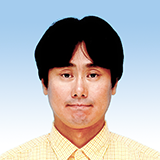 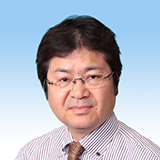 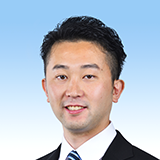