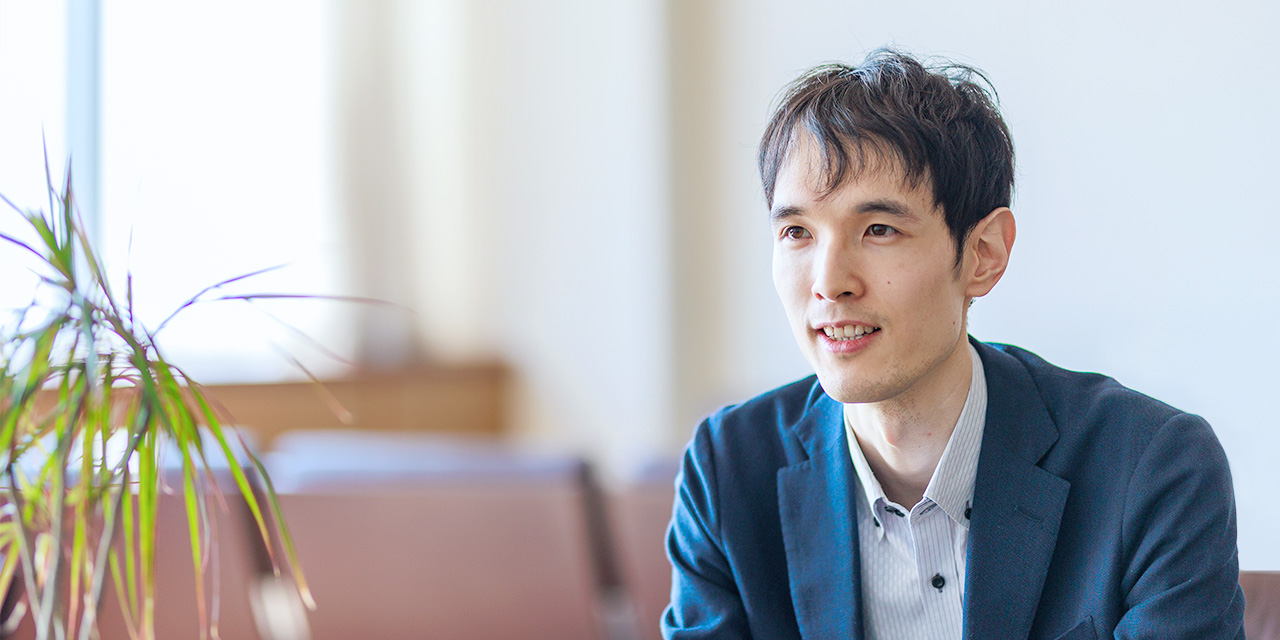 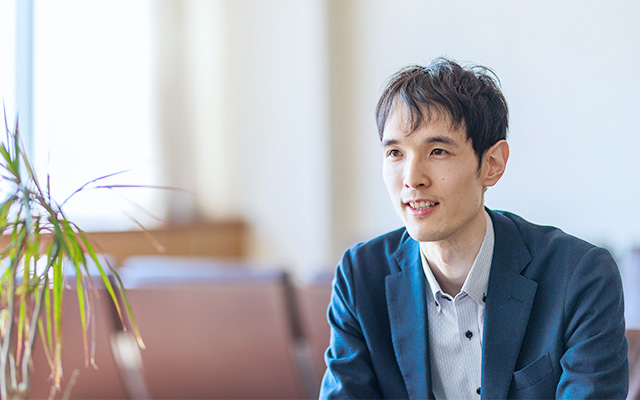 An encounter with a magic box

My name for the computers I could touch at school or in the library was magic boxes. At home, instead of magic boxes, I was the kind of child who grabbed a notebook and a pen, or who was doodling with mazes and puzzles as I went along. When I was in junior high school, my family finally bought me a computer, and every day I made music on it, using all the programming I had just learned. I was intrigued about making music, so I spent time researching and learning programming on my own. It was around this time I started to think vaguely that “I want to make something with a magic box”. I just wanted to figure out what I wanted to do.

I want to be a researcher

The reason why I chose technical college was because I was curious about the magic box and also because I wanted to follow my father, who had graduated from the same college. At our classes, I discovered the fun of CG and the at-the-time cutting-edge AR technology. For me, computer vision was the clear choice, because I was moved by the fact that "Computers can recognize the real world just like humans can!". With each new grade, the assignments got tougher. I spent a lot of time going to the teacher’s room with question after question, and it was at this time that I met my mentor. Each time he answered my questions, he spoke passionately about the fascination and joy of his research. He said to me as an 18-year old, "I keep thinking hard to solve a problem that no one has solved yet!", fired up with enthusiasm. Looking at him, I realized that there were many similarities between us, especially when I became fascinated by something because of my curiosity. I knew that I really wanted to become a researcher. This was when my dreams all started.

After finishing university, I joined Fujitsu as somewhere I could put my expertise to good use and create technologies that would make a difference to society. I was initially assigned to the research and development department of a three-dimensional measuring instrument called a rotating laser rangefinder system. While the system is easy to construct, the configuration of the equipment is easily deviated due to assembly errors and aging deterioration, and calibration (*1) is therefore required for highly accurate three-dimensional measurement. There was another issue, involving the application range of the system being limited as a specific marker was required for implementation. While I was chatting with my colleagues on my way to a meeting, I suddenly realized that the system could be used to measure a redundant area. It was just a hunch, but my curiosity was piqued by the idea that I might be able to establish a new method if I applied the computer vision technology that I had specialized in. From that day onwards, I just let myself think about the problem freely while eating or taking a walk.

Every day, I kept writing down and erasing formula and programs ... And finally after two months, an image came into my head in a flash. I remember clearly that I was moved beyond words. It would be a lie to say that it wasn't hard, but I genuinely believed that if you immerse yourself in a challenge at any time or place, it will eventually bear fruit. By holding on to that belief and letting myself think deeply and freely, I was finally able to produce research results that are now recognized by academic societies (*2).

Even now, whenever I am struggling to find an answer, I can instantly recall the face and words of my former teacher. "I keep thinking hard to solve a problem that no one has solved yet!"

Looking forward to the future

At the moment, we are involved in researching and developing “AI Based Judging Support System for Gymnastics” using multiple cameras. I have two main policies in my research. The first is not only to think outside the box yourself, but also to encourage everyone on the team to think freely and discuss a problem from many different perspectives. The other is not trying to be perfect from the start, but trying to get it right without fear of failure.

In terms of my personal life, I took childcare leave last year. I began to imagine the world of the future through my child, who is growing rapidly every day. I want the future to be a world where everyone can feel happy, and I want to create technologies that will play a part in that. I also strongly hope that the technology will help people in trouble. Sosuke Yamao (G Project)
Joined Fujitsu in 2015
Graduate School of Information Science.
◇Purpose
"Creating the Needs of the Future through Interplay with Various Values and Ideas"
On my days off, I play guitar, piano, jazz, metal, whatever. I love listening to music.

At the end of the interview, Sosuke expressed deep gratitude to his mentor, who was the inspiration behind his dream of becoming a researcher. Everyone has his or her own dream. We don't always know where or when it starts. For some people, it may just happen without them noticing. But Sosuke recognized the moment when it happened and grasped it, turning it from a vague yearning in to a real dream. Hearing him express his gratitude to his mentor , so clearly lit up with enthusiasm talking about his research, I felt as if I had caught a glimpse of his future… becoming a "teacher" who fires up the next generation of researchers.