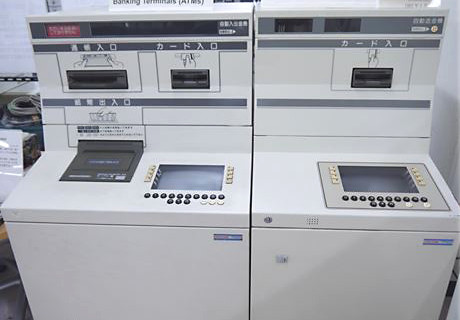 Due to improvements in user services such as paycheck bank transfers and expanded after-hours business, and also due to increases in the demand for terminals at various service windows in the interest of streamlining and labor-saving, the FACOM FACT (FACOM Financial Automatic Customer Terminal) series was developed and began sales in 1977. It included Cash Dispensers (CD), Automatic Depositers (AD), and Automatic Teller Machines (ATM).
The FACOM FACT II series was released in 1980 which employed CRT displays.