As more and more elementary and junior high schools all over Japan have been introducing and using PCs and tablet devices, Fujitsu is supporting the advancement of ICT use in education with the launch of the ARROWS Tab Q5 Series of school tablets. Kohei Nakajima, the chief designer of the Design Center's Product Design Department, who was in charge of the design of this series, visited some 30 elementary and junior high schools all over Japan and explains, "We based our design process on the 'discoveries' we made during first-hand observations in actual schools." We asked Nakajima about the intentions he and his team instilled in the design of the School Tablet.

Opening up a new market targeting schools with the School Tablet

The Japanese government's GIGA School Program, which promotes education that makes active use of ICT by supplying PCs and tablet devices to elementary and junior high schools all over Japan at a rate of "1 device for 1 student," was launched in earnest in April 2020. Even before then, Fujitsu had already been working for about ten years on the development of tablet devices for the school market, with the aim of the introduction and advancement of ICT use in school education.

After evaluation testing and other processes, it launched its first tablet device for schools, the ARROWS Tab Q584, in 2013. Later, the School Tablet series, which was designed exclusively for the school market, was released in 2015. The ARROWS Tab Q5011 is the sixth generation in this series. Kohei Nakajima, Chief Designer in the Design Center's Product Design Department, was in charge of the design of this School Tablet. 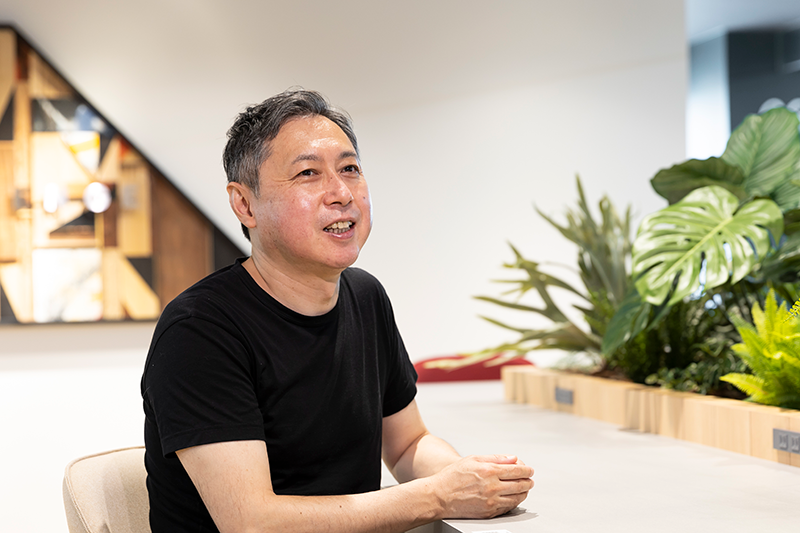 Nakajima explains the work of product design, saying "It is not just the design of the product's external appearance, such as color, shape, and texture. First, we think about whether a product will be easy to use and if it will solve users' problems. Then we deliberate with the production department on matters such as whether it would be easy to produce, and we are also involved in sales promotion and branding. So our work is very diverse, ranging from external appearance design to production, advertising, and sales. Precisely for that reason, our work requires close collaboration with a variety of departments, including engineering, production, and sales promotion." 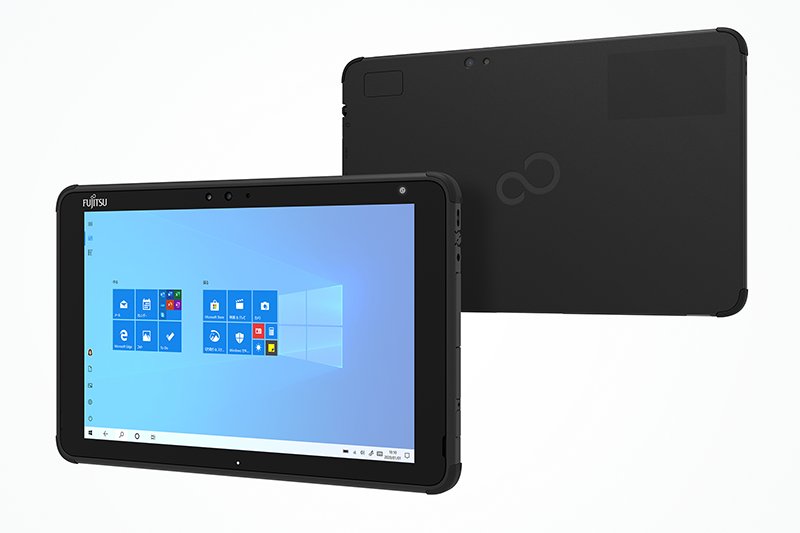 Thorough, first-hand observation in the field during visits to about 30 schools all over Japan to see how tablet devices are being used in schools

Nakajima recalls placing emphasis on observation in the field in the product design of the ARROWS Tab Q5 Series (hereinafter referred to as "Q5 Series"). This was because the Q5 Series is being used in educational settings in a variety of environments even beyond the classroom, including the playground, gymnasium, and poolside. Its users are also many and varied, including teachers and administrative staff, as well as students from the lower grades of elementary school to junior and senior high school level. 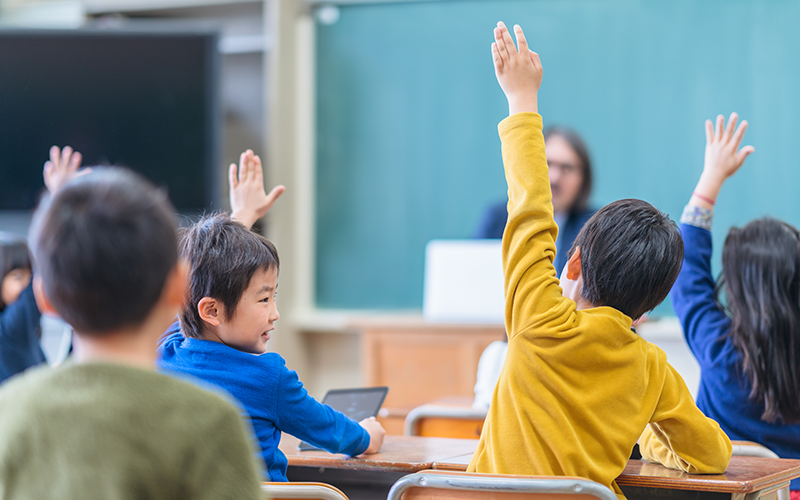 When designing PCs and other devices for business or home use, it is relatively easy to envisage the persona of users and the situations in which they are used to a certain extent. When it comes to their use in educational settings, however, designers have few opportunities to see for themselves how these devices are actually used in the classroom and what kinds of issues and problems are arising. "Realizing the difficulty of imagining these things just in our own heads, we wanted to capture an accurate picture of the actual situation, so we began by observation in the field. Based on the discoveries we made there, we considered how we can offer value to users," explains Nakajima.

This style of emphasis on observation in the field was put into practice in the product design of the previous model of the Q5010 Series. Tablet devices for the school market at that time tended to be tablets designed for business or home use that were inserted into educational settings without modification, which meant that they tended to break frequently. To look into the reasons for this, Nakajima visited about 30 elementary and junior high schools from Hokkaido in Japan's north to Kyushu in the south, where he endeavored to identify the state of use of tablet devices in educational settings. He recalls, "Initially, we mainly visited schools that were cooperating with the Fujitsu Group in demonstration trials for the introduction of IT into schools. Along the way, however, we felt the need to study how our competitors' products were being used and to look at innovative cases, so the design department started approaching schools independently and, eventually, the designers visited the schools on their own more." 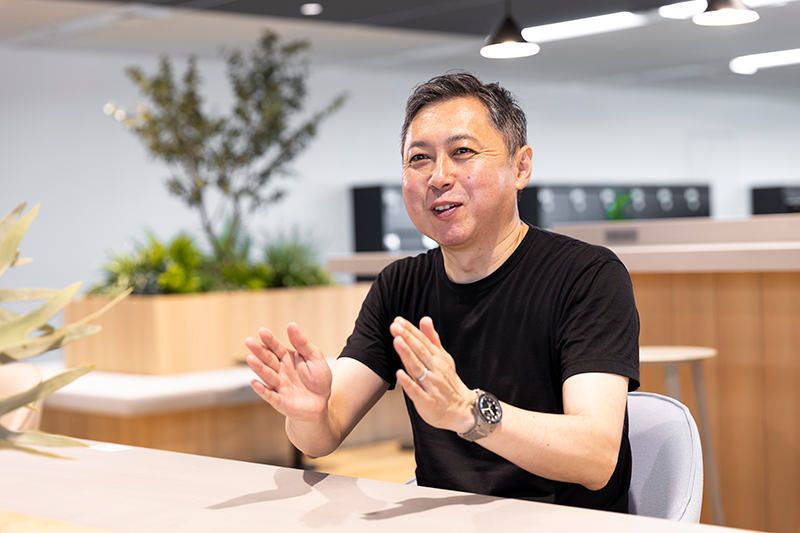 One thing that became apparent to the designers in the process of their observation of educational settings was the "unimagined sight" of many children not handling tablet devices as pieces of IT equipment. At numerous schools, tablet devices were kept in the computer room, and the teacher or the children would bring them to the classroom when they were to be used in class. Often, teachers would place multiple tablets in a single shopping bag to carry them to and from the classroom, so the tablets would scrape or knock against each other. When the children were asked to carry them, they would sometimes drop them on the floor or down the stairs.

For Nakajima, who had designed a variety of hardware, from large computers to smartphones, designing a school tablet, which could possibly be used in ways that they had not envisaged, was "uncharted territory." It was a new challenge.

This kind of design thinking is becoming increasingly important in manufacturing. At the same time, it is becoming a driving force behind the acceleration of digital transformation (DX). "Product design involves considering the needs and problems from the user's point of view beyond the product or service being designed, developing hypotheses, testing those hypotheses, and then repeating the process over and over. I believe that offering new experiential value through the design of products will lead to the advancement of DX."

Having emphasized observation in the field, Nakajima says that the product design of school tablet devices led him to discover the most important concept. That concept was "not disrupting the lesson." "The first thing that surprised me during our school observations was how small the desks are. The depth of elementary school desks is set at 40 cm under the old JIS standard, and the children have to place their textbooks, exercise book, pencil cases, and workbooks on that space. If you were to add a tablet to that, it would stick out over the edge and, in the worst case scenario, it could fall off the desk and break. That would disrupt the lesson, so we approached the design with the idea that the introduction and use of tablet devices could never be allowed to become an impediment to teaching and learning." 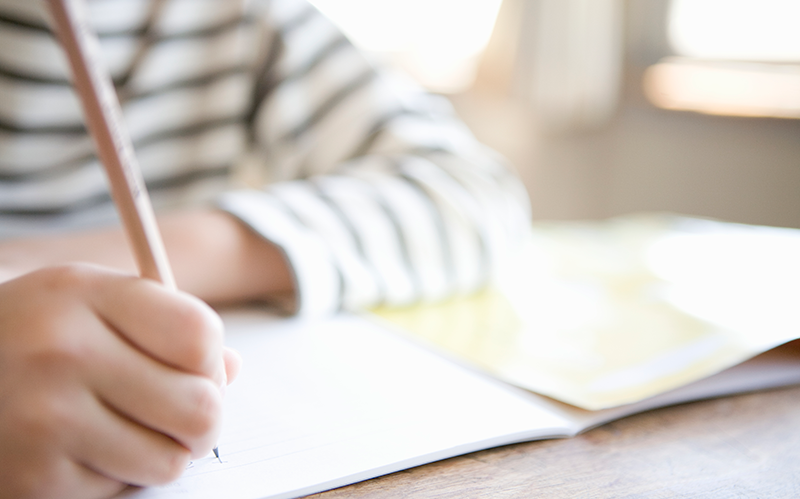 Elementary school desks are smaller than adults imagine (Shown for illustrative purposes). With an exercise book, textbook, and pencil case, the space is full.

So how did the designers incorporate and achieve functions of "not disrupting the lesson" in the product design? All will be revealed in Part 2.