The arrows 5G F-51A, a 5G-compatible smartphone featuring the world's thinnest body for a 5G-compatible device at approximately 7.7 mm, a luxurious frame that looks like it's made of metal, and a rear design that evokes futurism and technology, was the recipient of the 2020 Good Design Award. We spoke with Nobuharu Masuyama, who was in charge of CMF (Color, Material, and Finish) design, about the importance he placed on designing smartphones, which are devices that can be difficult to differentiate from one model to another.

In recent years, mainstream smartphones are designed to look like panels without any buttons or other features. This form has become somewhat standard. In such a market, the creation of a unique design is the key for product designers to demonstrate their skill. In smartphone design in particular, the CMF (Color, Material, and Finish) is the defining feature that distinguishes a device from others.

Nobuharu Masuyama, the chief designer of the Design Center's Product Design Department, was in charge of the CMF design for the arrows 5G F-51A. "For the arrows 5G F-51A, we aimed for a design that was thin and modern, and also offers a preview of the "new wave" of 5G devices," Masuyama says. 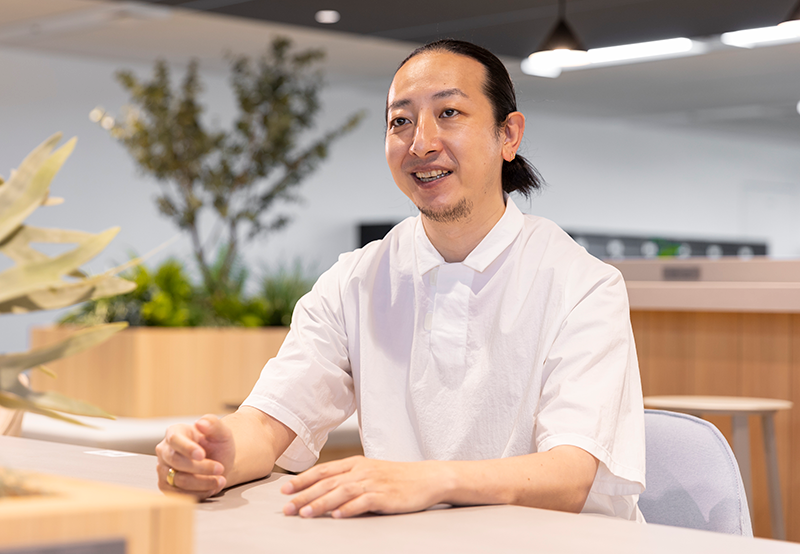 Equipped with a high-resolution camera and a high-definition and high-contrast display, the arrows 5G F-51A features a smooth body that can handle a variety of everyday applications without causing strain, which was achieved by cutting the thickness down to 7.7 mm, making it one of the world's thinnest millimeter wave devices. The most important thing for Masuyama in designing the CMF was the "message".

"I used to design jewelry and clothes, and to tell you the truth, my role as a designer has not really changed since then. Fashion design, for example, requires the incorporation of a message about how to express beauty, and industrial design requires the decoration to be consistent with the function. When it comes to products that are difficult to differentiate, such as smartphones, it was important to incorporate the story behind the product into the design as a message," says Masuyama.

It seems that he utilizes his past experience in designing jewelry and fashion in his current product design work, but what kind of message has been incorporated into the arrows 5G F-51A? 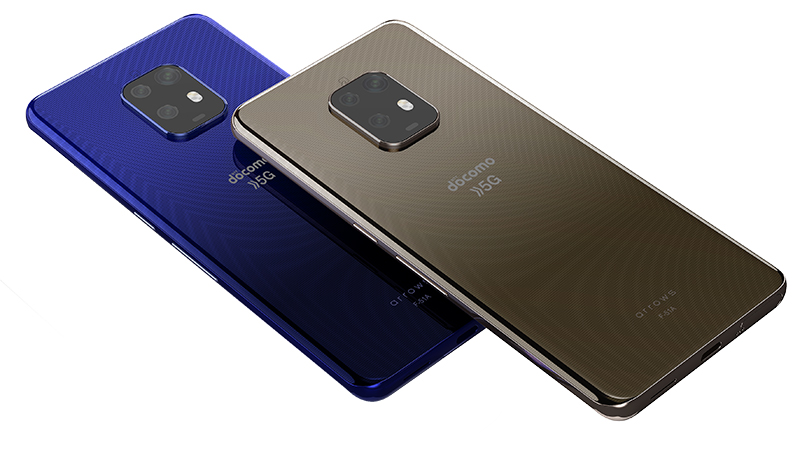 The pattern on the back panel evokes anticipation for the 5G wave.

Regarding the message contained in the design, Masuyama explains, "The concept of "new wave" of the advanced technology of 5G has been incorporated into the design in the form of a thin and modern body. Specifically, fine wavy patterns have been overlaid on the back, creating interference fringes (a moiré pattern). Moiré is generally regarded as something negative in printing and other fields, but we deliberately generated this pattern in order for the design to foreshadow the birth of something new from the 5G wave.

In addition, we have included a sort of metaphor in which the colors are gradated so that the part that is held in the hand is the darkest color, and the technology that supports the high functionality is packed into that spot," Masuyama explains his message in the design.

He added his idea to convey messages, "I feel that often times, only a tenth of the original messaging is conveyed when it actually reaches the user. That's why we try to put as many messages as possible into our designs."

A design that suits users in Japan, something that cannot be created by global vendors

The design of the arrows 5G F-51A contains a variety of messages, but the fact is that smartphones themselves are so abundant in the world that they are difficult to differentiate in terms of design. This is why Masuyama turned his focus to the advertisements that users see. "What should the first line of an ad say in order to catch people's attention? We thought about how to implement and communicate that in the design," he recalls. 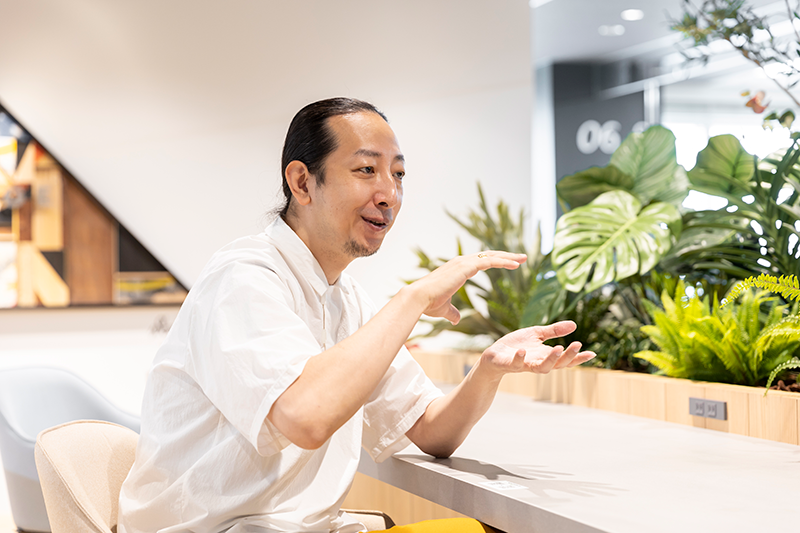 Moreover, the global smartphone market share is dominated by foreign manufacturers such as Apple in the U.S., Samsung Electronics in Korea, and Xiaomi, OPPO, and Huawei in China. In the context of such a market, the CMF of the arrows 5G F-51A is also characterized by the inclusion of a number of features that appeal to users, such as a level of commitment and messaging unique to Japanese manufacturers.

"Among the smartphones from so-called global vendors that are targeted to users all over the world, many are not suitable for the Japanese market. For example, in terms of the CMF, certain color lineups, glaring mirror finishes, and shapes that may be difficult for Japanese people to hold are some features that make them unsuitable," Masuyama explains.

In terms of finding a suitable design for Japanese users, Masuyama believes that there is a preference for designs that do not make a strong statement, but maintain a neat sense of beauty. While taking into account the background of the Japanese market, the arrows 5G F-51A was required to have high specifications and a sophisticated appearance suitable for advanced users.

The color lineup of the arrows 5G F-51A is also worthy of note. After much deliberation on the colors, the choices were narrowed down to two sophisticated options. The Navy Black is a very dark blue, and the Titanium Silver is a slightly warmer shade. This device is the flagship model at the top of the arrows product line, and is mainly marketed to men who are interested in advanced technologies such as 5G.

"These two colors are close to the colors used in suits and jackets, and are attractive colors for Japanese men to have in their hand. Global vendors rarely produce smartphones with such chic, subdued, and solid colors. As part of our focus as a Japanese manufacturer, we thoroughly examined finishes targeted to Japanese users before deciding on the color lineup," explains Masuyama.

The arrows 5G F-51A is packed with various messages from the designers. In the second part of this article, Masuyama will introduce the parts of the design for the arrows 5G F-51A that he was most particular about and struggled with, as well as what he feels is important as a designer.