Fujitsu today announced the development and deployment of a new analysis system to calculate orbital courses of space debris for use with the Japan Aerospace Exploration Agency’s (JAXA) "Space Situational Awareness System" ("SSA system") for monitoring space debris. JAXA started operations of the new system at the Tsukuba Space Center (Location: Tsukuba City, Ibaraki Prefecture, Japan) on April 1, 2022. JAXA will utilize the new technology to create plans on effective space debris observation, drawing on observation data from radar and optical telescope to calculate the trajectory of space debris and perform comparative analysis with the path of JAXA satellites. In case the system detects space debris approaching satellites, it will support the operators at JAXA in quickly responding to risks and avoid any possible collisions with the space debris by automatically calculating the possibility of a predicted collision and necessary course changes.

Moving forward, Fujitsu aims to further improve the accuracy of its analysis system and develop further technologies for application in space to contribute to the safe and sustainable development of space. 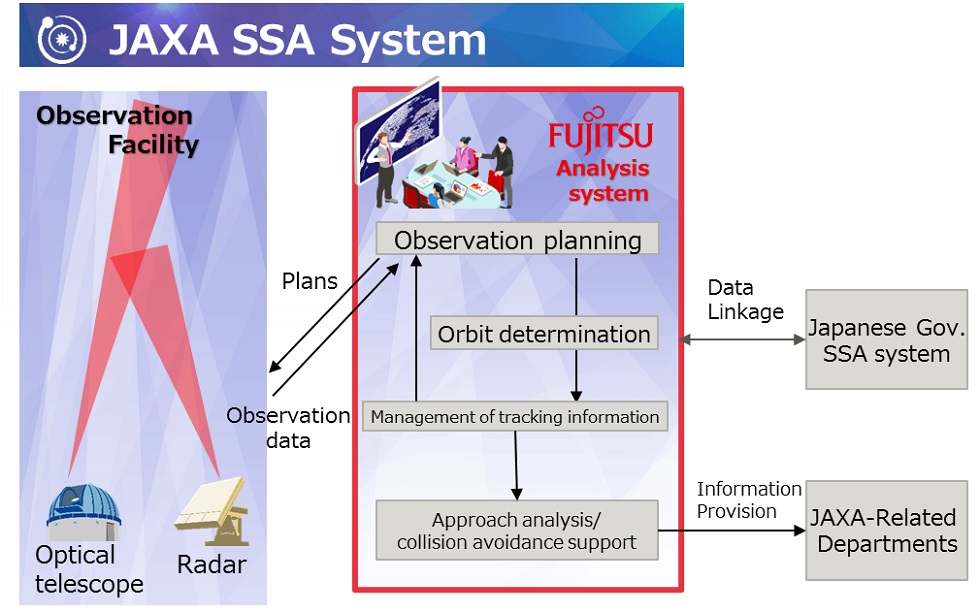 An urgent challenge to the future of sustainable development beyond Earth

Space debris like detritus from rocket launches, decommissioned satellites, and fragments of other artificial objects in orbit around the planet from explosions or collisions poses an increasingly severe problem for the future of sustainable development beyond our world. Experts estimate that the number of pieces of debris currently floating in space is more than 100 million, and the number continues to increase. Space debris can move at speeds of more than 7 km/s around the Earth and is thus powerful enough to cause severe damage to the approximately 12,000 artificial satellites in space. This presents a serious risk to critical infrastructure, with satellites playing an indispensable role in weather forecasts, disaster monitoring, and mapping applications.

Fujitsu has been supporting JAXA in its efforts to solve this problem since the early 1990s by creating technology for space debris observation that utilizes orbit determination technology (the predecessor of the current SSA system) that has also been used with the Hayabusa2 asteroid probe and other important projects.

In the latest milestone of this effort, Fujitsu has developed a practical analysis system for high precision orbit calculations to accurately track pieces of orbiting debris and forecast their movements to prevent collision with artificial satellites. 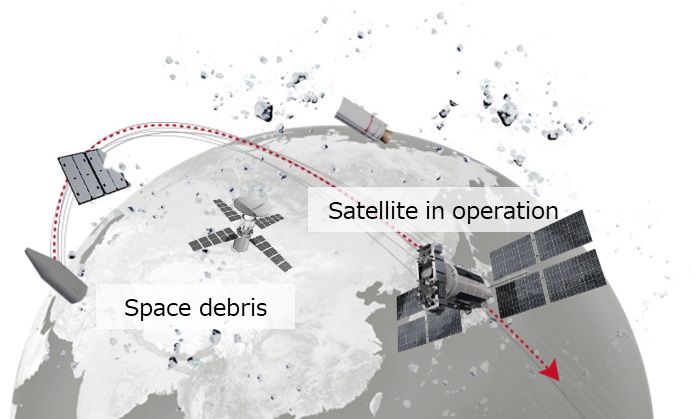 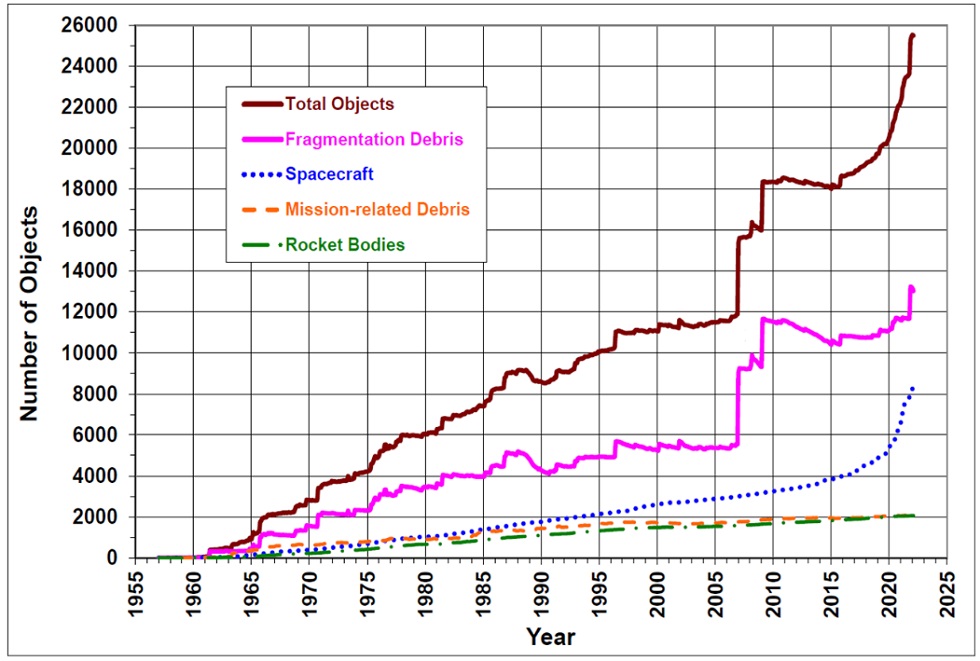 About the new system

JAXA’s SSA system consists of a radar, an optical telescope, and a Fujitsu-developed analysis system. The analysis system serves as the core of the SSA system, and allows JAXA’s system operators to create plans on effective space debris observation, the management of acquired observation data, and the analysis of orbit tracking calculations to support the detection of space debris approaching satellites and avoiding collisions. The features of the analysis technology are as follows.

Looking forward, Fujitsu will continue to improve the accuracy of its analysis system and contribute to JAXA’s efforts to “make space visible”.

Fujitsu further aims to develop new technologies for aerospace agencies including JAXA to support various applications of satellite data as well as future space exploration and space travel projects and ultimately contribute to the safe and sustainable development of space.

The Sustainable Development Goals (SDGs) adopted by the United Nations in 2015 represent a set of common goals to be achieved worldwide by 2030. Fujitsu’s purpose — “to make the world more sustainable by building trust in society through innovation”—is a promise to contribute to the vision of a better future empowered by the SDGs.

The goals most relevant to this project