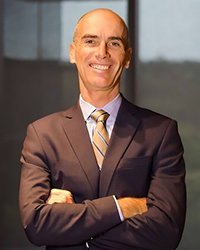 Mike Foster was appointed in the role of CEO and Executive Director of Fujitsu Australia and New Zealand (FANZ) in April 2011. In line with restructuring of Fujitsu’s global organisation he was appointed as Head of the Oceania Region in April 2014 reporting directly to the Global President.

Mr Foster has been instrumental in driving the company’s business strategy at the enterprise level and continuing to develop Fujitsu’s presence as a Tier 1 Technology Services Integrator with over 5,000 people in Australia and New Zealand. Mr Foster joined the company in 2009 as Group Executive Director, Sales and Business Development.

Since Mr Foster’s appointment as CEO, FANZ has secured significant new long-term contracts across the business in Finance, Government and Transport sectors, established a leadership position in cloud computing in the Region, and demonstrated ongoing improvements in profitability and employee engagement.

Mr Foster began his career in the ICT industry in 1985 as a Team Leader in NCR’s AT&T Retail Systems Division. He participated in NCR’s High Performance Target/Fastrack Programme and rapidly progressed through senior marketing, business management and executive management positions in the industry.

Mr Foster is Chairman of the board of Fujitsu Australia Limited and Fujitsu New Zealand Limited. He is a strong supporter of diversity in the workplace and serves as a board member of the Male Champions of Change STEM. During his career he has appointed to many boards including the boards of KAZ, AAS, NCR and numerous boards within Telstra including joint venture boards. Mr Foster is a former board member of AIIA, Stellar Call Centre and Telstra Clear NZ.

Outside work Mr Foster enjoys cycling, AFL football, golf and spending time with his wife Annie, their two children and his extended family.