Mehdi Bahrami is a Member of the Research Staff at Fujitsu Research of America Inc. He is currently focusing on machine learning methods, natural language processing for Hyperconnected Internet-of-Things (IoT) and Hyperconnected Application Programming Interface (API). Mehdi was working in the Cloud Lab at the University of California, Merced. He did his Ph.D. in Electrical Engineering and Computer Science. His Ph.D. dissertation focuses on a dynamic cloud and data privacy preservation under supervision of Professor Mukesh Singhal. He has more than 10 years of software industry experience in the field of computer science.

He has published several technical papers in the areas of cloud computing and data privacy. He is an editor, reviewer for several international computer science journals, including Springer journals. He also served as a technical program committee member for several international IEEE computer science conferences. He served as a featured speaker in several international conferences. He has extensive experience with software engineering and developing distributed software applications in diverse platforms. He is a recipient of the Best Demo Award at 2016 ACM ICN, 2015 Distinguished Leadership Award from Margo F. Souza Leadership Center, 2015 Margo Souza Entrepreneur in Training Award, an Achievement award from 2015 IEEE MobileCloud, and several fellowship awards during his Ph.D. study at UC Merced. He served as a Cloud Computing panelist at U.S. National Science Foundation (NSF) - SBIR, 2016. 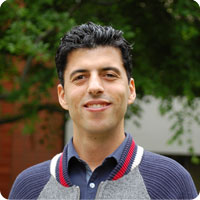 * All received awards are primarily on the basis of merit and the promise of outstanding academic and professional achievement.