Why do we need computer simulations?

Invaluable in science and industry, computer simulations involve building a virtual model inside a computer and then observing the behavior of that model under various conditions. This makes it possible to reproduce and investigate phenomena which are difficult or impossible to experiment in real life due to the risk, scale or cost involved. Computer simulations are also used to optimize aircraft performance, map the impact of earthquakes and tsunamis, model new drugs and develop advanced materials. 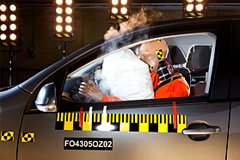 However, the creation of 3D models and digital landscapes requires massive volumes of data. Conventional computers are not capable of handling compute operations on this scale. That is where supercomputers come in. Today's supercomputers deliver the horsepower needed to perform the most sophisticated, compute-intensive calculations and simulations.

A world pioneer in many fields of science and research, Japan has a long-standing tradition in the advancement of supercomputing technologies that deliver next-generation simulation and computational capabilities. In fact, the world's fastest supercomputer was developed by Japanese company Fujitsu. 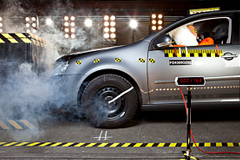 A common example of where supercomputers are advancing industrial innovation is automotive design, where computer simulations help engineers to optimize driver and passenger safety in the event of a crash. While crash tests are also beneficial here, they have limitations. It is not financially viable to crash sufficient vehicles to cover all accident variables and there are mechanical limitations to the insights that can be gained from dummies ? as humans obviously cannot be used for crash tests. Highly accurate computer simulations can, however, give designers information on a scale that would otherwise be too hard to obtain, enabling them to build safer vehicles.

Looking beyond safety, computer simulations can also be used to optimize industrial design and environmental performance in general. The latest generation of supercomputers is capable of simulating an entire aircraft or vehicle based on the exact shape, size and properties of each individual component or device. This allows engineers to monitor and capture the precise behavior of those parts and components under a whole range of circumstances and from a variety of angles. Analyzing results otherwise invisible to the human eye allows designers to predict previously unknown phenomena. This reduces development cost and time, while also enabling performance enhancements and improving safety.