Yokohama, Japan,, September 12, 2017 – PFU is proud to announce that as of July 2017, global shipments of its FUJITSU image scanners have passed the 10 million mark*1. 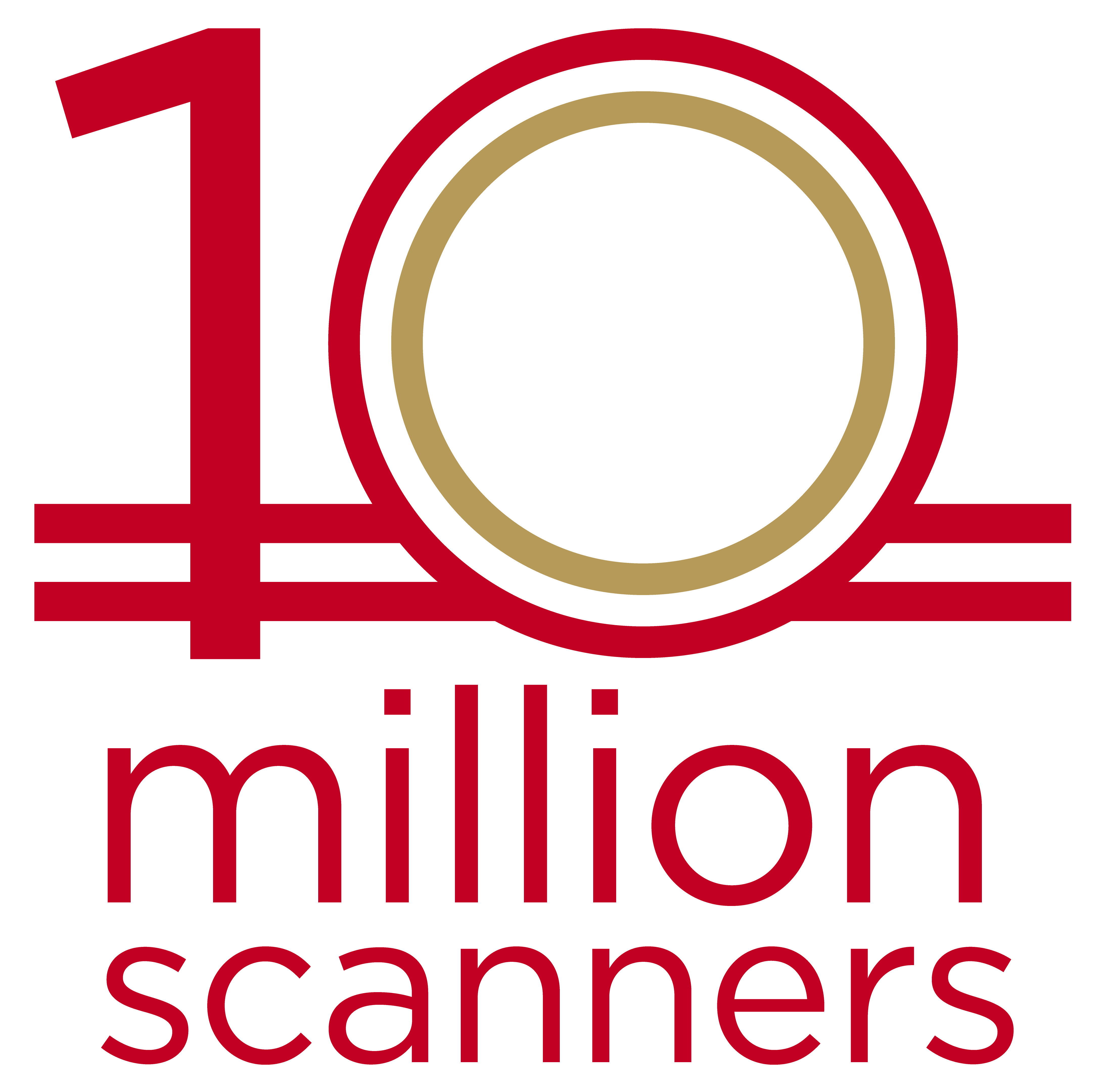 PFU released its first image scanner, the U4301A flatbed scanner, back in 1983*2. Since then, PFU has continued to face customers’ needs one by one as well as expand its “fi Series”*3 scanner lineup with the addition of ADF*4 equipped models and high speed image scanners. Its original “PaperStream Series” software, bundled with the fi Series, has also facilitated customer operation efficiency by taking user operations before and after scanning into consideration and offering optimal image data with its simple interface. The “ScanSnap Series” enabling “One Touch” scanning and digitization released in 2001, then proceeded to open up a new era with PFU’s release of the Wi-Fi compatible iX Series and overhead scanning SV600. PFU has in this way, continued to evolve along with the diffusion of the Internet and technological developments in society as well as customer lifestyles.
34 years since PFU sold its first image scanner, not only has its image scanners been used in offices and homes in over 100 countries worldwide, but its fi Series has also received much acclaim to achieve Number 1 in the global scanner market share.*5
“We would like to utilize this opportunity to express our sincerest gratitude not only to our customers but to all those that have been involved with our scanners. Our scanners have been able to keep evolving thanks to all our partners and customers that have continued to walk beside us. The 10 million scanner benchmark is a mere checkpoint for PFU and we will persist to facilitate our customers’ lifestyles through continuous technological innovation and investigation of customer needs”, said President, Kiyoshi Hasegawa, PFU Limited.
PFU has launched a “10M Achievement” special website in honor of this 10 million scanner mark. Utilizing the slogan, “Good quality has 10 million reasons.” which contains messages of how the various reasons as to why our customers have purchased our scanners, this website will be sharing various types of campaign information held throughout the world as well as the underlying history of PFU’s scanners.

A website named “Our Scanner’s Story” has also been launched to share PFU’s stance in producing image scanners, definite quality and technology, and fascination that it has continued to deliver customers through its products.

About Fujitsu
Fujitsu is the leading Japanese information and communication technology (ICT) company offering a full range of technology products, solutions and services. Approximately 156,000 Fujitsu people support customers in more than 100 countries. We use our experience and the power of ICT to shape the future of society with our customers. Fujitsu Limited (TSE: 6702) reported consolidated revenues of 4.7 trillion yen (US$41 billion) for the fiscal year ended March 31, 2016. For more information, please see http://www.fujitsu.com.
About PFU
Fujitsu brand scanners are designed, manufactured and marketed worldwide by PFU Limited, a wholly owned subsidiary of Fujitsu Limited (Japan). PFU is a globally active IT provider that designs, manufactures and markets computer hardware, peripheral products and enterprise software. PFU offers a broad portfolio of document scanners for professional personal, desktop, workgroup, high-volume production and networked environments and is one of the world's leading document scanner companies. PFU has been engaged in the document imaging scanner business for more than 25 years and generates an annual turnover of over $1 billion.
PFU Asia Pacific Pte. Ltd., renamed from PFU Technology Singapore Pte. Ltd, was established in Singapore in 1994. It is responsible for the marketing, sale and quality control of Fujitsu document scanners in Asia Pacific.
Note