Engineers can now get inside engines! 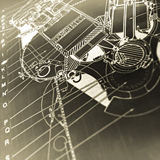 In the past, a skilled engineer typically relied on his or her finely tuned sense of hearing to determine the internal condition of an engine. Now, thanks to advances in supercomputing, they can actually step inside virtual engines and see exactly how complex parts work and interact. Next-generation supercomputers can simulate the precise shapes and properties of components and the behavior of ignited gases inside a combustion chamber. As a result, phenomena invisible to the human eye can now be captured. For example, researchers can monitor pressure and temperature at various locations within an engine and see how they change under different conditions. These insights allow engineers to resolve performance issues and optimize the overall design and energy efficiency of all kinds of aircraft and vehicles. 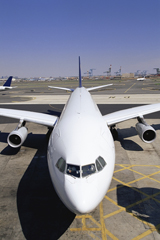 Currently, aircraft designers use various computer simulation methods to analyze the complex air flows which occur during flight. During this process, scale models of parts such as the body and wings of a prototype aircraft are tested in a wind tunnel. Full-scale designs and facilities would be too expensive to build and maintain.
Advances in supercomputing power are paving the way for a fully numeric wind tunnel. In other words, a virtual massive wind tunnel facility powered by high-performance computer simulation capabilities. Data from the full-scale aircraft under development can then be entered in the tunnel to explore performance under various conditions.
The availability of numeric wind tunnels will provide low-cost, rapid design and development capabilities with the added bonus of improved safety. Numeric tunnels would also allow researchers to investigate performance during high-speed flight and during low-speed approach and takeoff. A better understanding of air flows and vortices around a prototype aircraft will translate into more energy-efficient, quieter aircraft designs.