Contributing to "no-prototype" development in manufacturing with a commercial supercomputer leveraging tech from Fugaku, the world's fastest supercomputer

Fujitsu Limited today announced that it has received an order for a new supercomputer system from Canon Inc.

The system consists of a Fujitsu Supercomputer PRIMEHPC FX1000(1) unit, which harnesses top-class technology from the world's fastest supercomputer, Fugaku, which was jointly developed by RIKEN and Fujitsu. The new supercomputer will achieve an expected theoretical computational performance of 648.8 teraflops (TFLOPS)(2).

Upon completion, the supercomputer will play a key role in contributing to Canon's initiative of "no-prototype" product development(3), delivering enhanced capabilities and scope of applicability of analysis in Canon's product development process.

This system is planned to begin operations in the first half of 2021.

Canon is promoting a "no-prototype" initiative in the development of its products, such as office multifunction devices and other various types of printers, cameras, and semiconductor lithography equipment. To make this initiative a reality, Canon is leveraging 3D CAD data in analytical simulations to evaluate multiple facets of proposed products, including functionality, as well as ease of manufacturing. In the past, Canon has relied on both a Fujitsu Supercomputer PRIMEHPC FX10 system and a Fujitsu Supercomputer PRIMEHPC FX100 system.

Overview of the New System

Fujitsu's new system consists of a PRIMEHPC FX1000 with 192 nodes, with an expected theoretical computational performance of 648.8 TFLOPS. Fujitsu will also deploy Fujitsu Server PRIMERGY systems and Fujitsu Storage ETERNUS systems as peripheral devices. As an important part of Canon's product development cycle, this system will enable larger scale analyses and simulations in impact analysis experiments evaluating damage to or deformation of a potential product when dropped, including simulations with over 100 million elements(4), a challenge for previous systems to handle. The new system will also support airflow analysis and electromagnetic wave analysis. These benefits will ultimately help to deliver an enhanced product development flow through Canon's "no-prototype" initiative.

Fujitsu's technical computing solutions, particularly the PRIMEHPC FX1000, demonstrate an ongoing commitment to streamlining the performance, quality, and functionality of products while reducing product development times and costs for its customers. 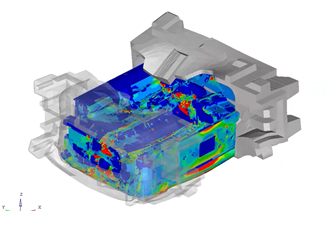 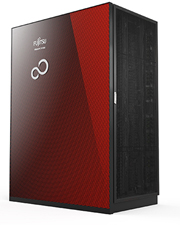 Major Components of the New System