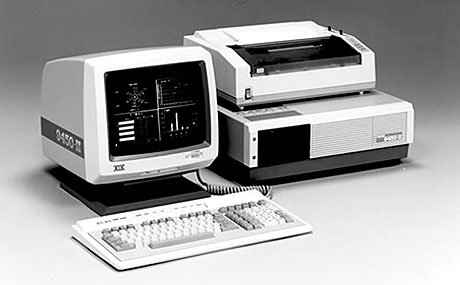 As computer technology continued to proceed at a startling pace, the FACOM9450-II multi-functional 16-bit business personal computer was released in 1983 in pursuit of a user-friendly man-machine interface. It was equipped with the EPOC Family software group including EPOACE, a simple software which was the first in the world to allow users to perform a full range of data entry and other administrative tasks which previously could only be developed in programming languages such as BASIC or COBOL, by using spreadsheet processing or conversation-style commands.
Price of standard system: from 980,000 yen; main memory: 256 KB.