Today the "Cloud First" approach is the norm, and use of public clouds is growing. As a result, issues inherent to public clouds have come to light. For this reason, many companies are hesitant to make the transition to the cloud. Fujitsu would like to suggest a concrete prescription for making this shift with peace of mind. 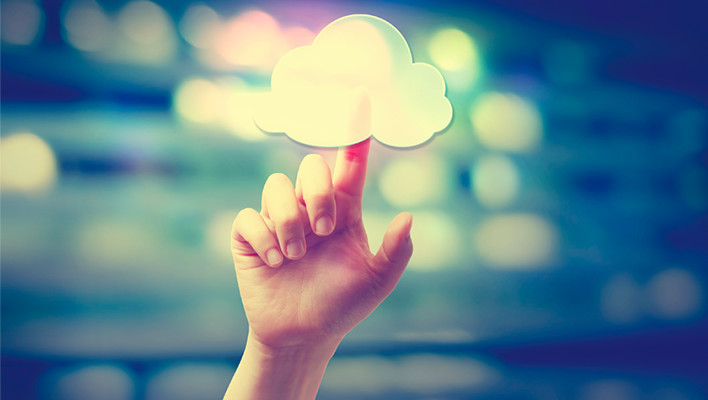 The market for public cloud services is experiencing tremendous growth because it meets the needs of companies who would rather be able to use information and communication technology (ICT) resources as they need them, instead of owning them outright. Meanwhile "Cloud First," where cloud services are given consideration first, has become a standard approach to system building.

However, as the use of public clouds has increased, problems with this shift have also manifested themselves. While concerns about security and the cloud have been raised in the past, a variety of other issues have become apparent.

The biggest problem that companies using a public cloud are most likely to face is that the cloud provider is the one in control of the operation of the systems. One example of why this is an issue is that providers will often stop services in order to perform system maintenance according to their own schedules, without consideration for their customers' schedules. Even if customers are notified of the maintenance schedule ahead of time, they often have no idea of when their own virtual machines will be stopped. An unexpected system stoppage means the same thing as a system failure to companies, and these kinds of sudden interruptions can occur without warning in common public clouds. Another issue related to this is that even if a failure was to occur, information regarding it is not released in a suitable manner, and often the provider gives no explanation about the steps that they will take to prevent the failure from happening again.

Companies who make use of a public cloud's unique features are liable to be "locked-in" to a specific provider. While lock-in to a specific vendor was a major problem with on-premises systems, this same issue is beginning appear with the public cloud.

With these sorts of problems, it is no wonder that many companies are hesitant about moving their core systems into the cloud. However, the trend from owning to using ICT resources will no doubt continue to accelerate, and a time will come when having core systems in the cloud is a necessity.

So how can companies make a shift to the cloud while keeping peace of mind?

The key lies in the choice of cloud service. Companies need to choose a service that places a strong focus on the customer, after they carefully examine the details of what it offers. Fujitsu's own FUJITSU Cloud Service K5 (hereafter K5) has the potential to be the best candidate for many companies precisely because it is focused on the customer.

Fujitsu announced K5 in May 2015 as a cloud service to serve as the foundation for "digital innovation": the transformation of business processes, and creation of new business through digitalization. The most significant feature of K5 is that it fuses.

Fujitsu's extensive knowledge and knowhow with the latest open-source technologies to allow the implementation of core systems in a single cloud that until now had been operated on-premises, such as existing information systems (Systems of Record, SoR) and new systems that drive digital innovation (Systems of Engagement, SoE). This enables seamless linkage between SoR and SoE, and allows companies to handle long-term growth. 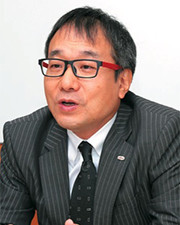 Another notable feature of K5 is that it eliminates the issues present in existing cloud services. "The service maintains a consistent focus on customers by providing a cloud environment they can use with confidence," says Masahiro Ohta, who oversees K5 at Fujitsu. He explains that there are three pillars that support the company's cloud service vision (Figure 1).

The first pillar consists of having an environment in place that "customers can use safely and securely." K5 does this in a variety of ways. The service is currently undergoing an IT Health Check, an audit corresponding to security standards established by the UK Government. It also meets The Center for Financial Industry Information Systems' (FISC) standards for security measures, and Fujitsu plans to obtain additional certifications for the service including: Service Organization Control 2 (SOC 2), a framework for reporting on contractor compliance and internal controls for business operations; and Payment Card Industry Data Security Standard (PCI DSS), an international security standard to protect credit, debit, and cash card information. In addition to standard Internet connections, private connections are also available as a network option, allowing companies to bypass the Internet entirely when they connect to K5.

The second pillar is a capability for "customers to use new technology without being tied to a vendor." With the active adoption of open source software, Fujitsu has mitigated vendor lock in, while enabling customers to benefit from the continued growth of the open source community.

A Complete Focus on Business Operations Arising from In-house Use

"The way in which system maintenance for conventional public cloud services was performed was a matter completely out of the customer's control," says Mr. Ohta. He points out that even if users were notified of general maintenance information by e-mail, or they could find the information by checking their dashboard, it was difficult to find the details, timing, and impact of the maintenance. In contrast to this, K5 informs users in advance of accurate and detailed information regarding such things as components subject to maintenance, the impact maintenance will have on the service, and exact downtimes. It also allows users to adjust the timing of the maintenance to fit their schedules, if they so desire (Figure 2). In other words, K5 can be operated to accommodate the circumstances of the user.

This "complete focus on business operations" is the result of Fujitsu's own experience as cloud user. The company is driving the migration of all its in-house systems to K5 at a rapid pace: this means 640 systems spanning the entire Fujitsu Group that are run on nearly 13,000 servers. By migrating these resources in the space of five years, the company expects to realize a ¥35 billion reduction in total cost of ownership.

"K5 is already able to provide a level of service where downtime only lasts a few minutes, and we are working so that soon mission-critical systems, which demand zero down time, can also be run on the service," says Mr. Ohta. "The only cloud service that can do this is K5."

This kind of internal implementation holds considerable meaning even if just to prove that companies can use K5 securely and with peace of mind. If a large firm like Fujitsu can migrate all of its existing systems to K5, then there should be no problem with running other business systems on the platform. The appearance of this kind of cloud service is bound to defy conventional wisdom that says existing core systems must be on-premises, while new digital innovation systems need to be in the cloud. 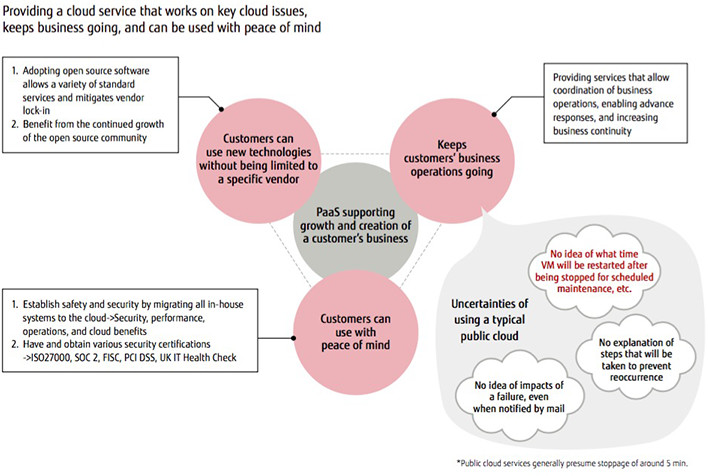 Figure 1: K5=Customer-focused cloud. The K5 service is supported by three pillars. These eliminate the issues found in conventional clouds, and even enable core systems to be moved into the cloud.

Mr. Ohta explains that the shift of enterprise systems to the cloud will lead to one of two ultimate goals. The first is a "servitized world," like SaaS. The second is an "evolvable and sustainable digitalized world" (Figure 3).

Existing systems introduced as packages will be replaced by SaaS, and eventually be integrated into the servitized world. Even business systems built in-house that have a high level of versatility will be migrated to SaaS one by one, because it will be more cost-effective to use already available services instead of continuing in-house development of less proprietary systems.

On the other hand, companies will most likely continue in-house development of proprietary and other systems that are the source of their competitive edge. However, the way in which they build these systems will change significantly. Instead of building monolithic (independent and self-contained) applications, development will shift to a technique that involves combining various services (microservices) offered as a PaaS. This will enable more flexible and rapid development, and make it easier to respond to changes in the business environment, as well as make linking SoR and SoE easier. This is the digitalized world, and the shift to this kind of development paradigm is called "modernization."

"There are two main routes to modernization," explains Mr. Ohta. One involves performing IaaS migration and PaaS modernization all at once. The other involves first using IaaS to migrate to the cloud, and once that is done, migrating to a system built using PaaS. "Going the route of modernizing in one go using the money saved by migrating to the cloud is more effective and easier to secure funds for," says Mr. Ohta. "On the other hand, a phased migration is less risky. It may be difficult to decide on which route to go, but in the end I think that customers need to make that choice based on their own policies."

It is for this reason that K5 offers both IaaS and PaaS, and why Fujitsu is expanding the number of services that can be used with PaaS. Fujitsu is working to establish an ecosystem that fuses SaaS and the digitalized world by making it possible to move both SoR and SoE into the cloud, and by meeting the needs of software companies that want to move their products there. 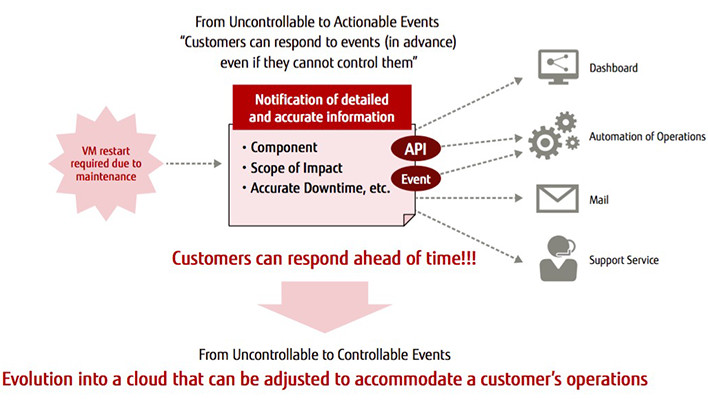 Figure 2: K5 operational services are focused on business operations. Customers are notified in advanced of accurate and detailed information regarding scheduled maintenance, and adjustments to the timing of the maintenance are possible. System operations can accommodate a customer's schedule.

A cloud service like K5 could only be created by a company that understands the reality of business, and Fujitsu expects that it will contribute greatly to the acceleration of the shift to the cloud in the future.

At the same time, the concept of the "customer-focused cloud" will also not change for new systems (SoE) driving digital innovation and that are not bound by existing systems. This domain is moving towards servitization that directly communicates customer value. At the same time, the relationship between services and people is transitioning from being service-focused to people-focused. What is more is that we are headed towards an era where a mesh-like framework will tie services and people together.

Fujitsu, with its vision of Human Centric Innovation, is planning to offer matching, personal data store, and other cloud services through K5 that make new connections possible in this coming era of meshed interconnectedness. 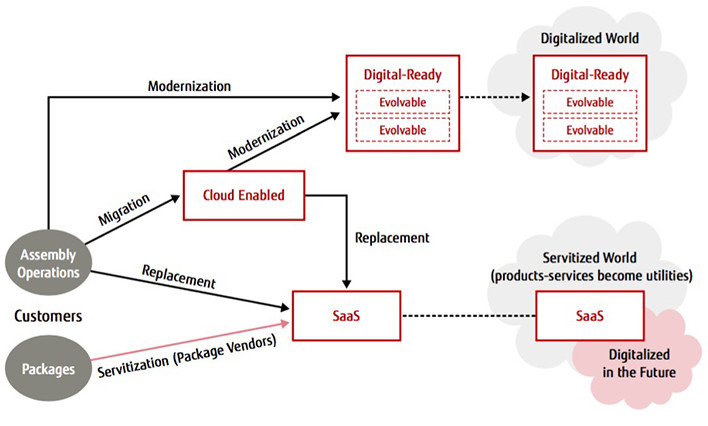 * This content appeared on ITpro Active in February 2017.
* The availability and the range of the K5 DB(Oracle) / security authentication service vary by region.