While Korea is rapidly implementing Fintech as a nation, financial institutions are being required to provide safe and reliable authentication systems. To respond to this demand, the Korea Financial Telecommunications & Clearings Institute (* hereafter “KFTC”), which acts as an intermediary for capital settlement and other processes between banks, has developed together with Fujitsu Korea’s first uniform management platform of biometric information for financial institutions. This biometric authentication-based system has made it possible for financial institutions to provide safe and high-quality services without having to bear the individual risks of managing private information.

KFTC is an institution specialized in capital settlement that acts as a capital settlement and information intermediary. It was established with joint investment by major banks, including the Bank of Korea, the nation’s central bank. KFTC’s mission statement is “Making a better future with secure and convenient financial payment services.” Based on this mission, it has provided a wide range of capital settlement services such as check clearing, CD/ATM networks, and Giro (bill payment system).
As part of a larger plan that includes these services, KFTC has now developed a biometric authentication-based system for financial institutions. Im Chan Hyuck of KFTC explains, “What has led to these developments began with deregulation with regard to real-name financial transactions back in 2015. This deregulation has led to increased demand among financial institutions for biometric authentication as a new authentication method.”
Korea ranks as one of the most advanced nations in the field of ICT and its application. However, with regards to the financial industry, strict regulations have prevented new services such as Fintech from gaining ground, leaving Korea behind nations in the West. To address this problem, the Korean government has relaxed regulations, such as by allowing non-face-to-face financial transactions under certain conditions, and has developed a policy towards promoting Fintech industries.
This move by the government dramatically increased the availability of Fintech-related services in Korea, such as non-face-to-face real-name transactions using ICT. In the past, Korea had a real-name transaction system in place, which required many financial transactions and operations to be carried out through face-to-face personal identification based on officially issued information, even for electronic transactions. This was not necessarily convenient for users.
What changed this situation were the deregulation measures implemented in December 2015, after which most bank transactions could be made through non-face-to-face methods, as long as certain conditions were met. The conditions required the use of two or more types of personal identification methods out of five specified by the government, including scanned data of actual certification, deposit and withdrawal records from an existing bank account, and biometric authentication. 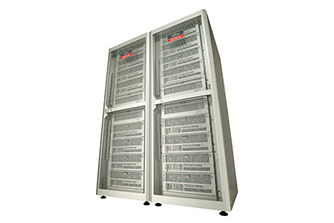 KFTC developed Korea’s first uniform management system for biometric authentication information that can be used in cooperation with financial institutions. This technological ecosystem will doubtlessly spread secure payment services on a national scale, and accelerate the development of Fintech-related services, which is a goal of the government.
Biometric authentication systems are projected to become more ubiquitous as electronic payment services become more commonplace. There are also various possible fields in which this technology can be applied outside of personal identification in banks, such as in medical care, education, and local governmental services. If services that allow users to easily and conveniently register, access, and change their information, such as individual private information and usage history, are implemented in various areas of society, the demand for biometric authentication will certainly continue to grow. Outside of the public sector, there is also potential for biometric authentication to be applied in the private sector, such as when logging in to internal networks and servers of companies.
KFTC aims to contribute to the development of a safe and secure society by expanding services into a wide range of fields, with a core focus on financial institutions that are yet to implement biometric authentication systems.