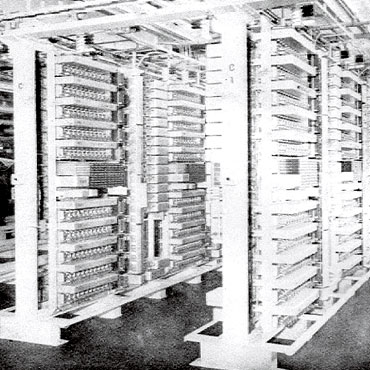 In 1935, Fuji Tsushinki ( Note*1 ) Manufacturing Co., Ltd., the company that later became Fujitsu Limited, was founded as an offshoot of the communications division of Fuji Electric.