By adding the 1.2Tbps DCO Daughter Card to FOC’s broad portfolio of high bandwidth products such as 64Gbaud LN modulator (*2) and 64Gbaud integrated coherent receiver (ICR) (*3), which have already been commercialized, FOC can address customers’ various requirements for both modules and devices. 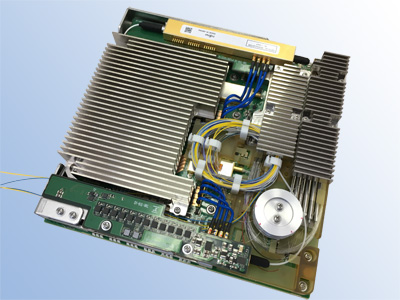 FOC has released the world’s fastest 1.2Tbps DCO Daughter Card, which enables up to 1.2Tbps coherent transmission. The card can support multiple applications such as ZR, Metro, Long Haul, DCI and Submarine so as to meet the capacity needs and efficient system upgrades of global network service providers and datacenter operators.

(*1) Daughter Card: A small printed circuit board that attaches to a mother board