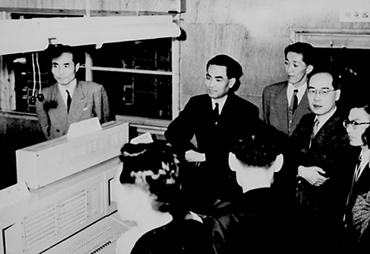 FACOM stood for"Fuji Automatic Computer" and its development marked the beginning of Fujitsu's computer. The success of FACOM opened up a new market for Fujitsu and taught the company's young engineers the thrill of taking on creative challenges.