"Compared to the existing clustered system, the implementation of Fujitsu M10-4S cut costs in half. The Fujitsu proposal made the most of the advanced technology of Fujitsu M10 and met our requirements for the highest quality."

Yakult delivers good health to the people of the world through its probiotic dairy products. It was with this strong sentiment that Yakult founder, Dr. Minoru Shirota put the Lactobacillus-based beverage Yakult into production in 1955. At present, over 30 million bottles of Yakult dairy products are enjoyed regularly by people in 33 different countries. Yakult's broad operations include various beverage and cosmetic products, as well as medical research in areas such as cancer treatment.

Yakult delivers their products to its customers through an extensive distribution service with 40,000 people and direct sales via supermarkets and other volume retailers, convenience stores, vending machines, and packaged meals.
Receipt of orders, shipping, billing, accounts receivable, and creation of statistical data, are supported by Yakult's exSAM (External Sales Transaction Management) system.

"Orders from customers and shipment of products are two areas in which we absolutely cannot afford to have stock shortages due to system downtime. The system needs to be operational non-stop, 365 days a year," explained Mr. Ryogo Koide, Head of the Operation Center for Sales Accounting, Food and Beverage Sales Management Department. 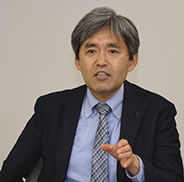 The exSAM system was brought into operation in October 2013, and an increase in direct sales customers had led to dramatic increases in the volume of data handled by the system, resulting in system delays. The exSAM system interacts and carries out transactions with retailers throughout Japan. As retailers’ systems change, exSAM must be kept up-to-date in order to continuously ship products. Many orders must be shipped within one hour of order placement. In the event of a failure, return to full operation must be completed in less than an hour. To accomplish this, a fast and flexible system is required.
"In order to maintain a one-hour lead time, exSAM needed to be able to recover from failures almost immediately (with less than 30 minutes of downtime). For this hardware refresh project, we needed a new option that could achieve business continuity while taking into account cost and reliability," recalls Mr. Koide.

Mr. Koide explained the motivation for seeking a replacement for the clustered server architecture. "The existing hardware, with SPARC Enterprise UNIX servers at its core, never experienced downtime due to failure over its five year life. We began to wonder if we could use a highly reliable server as a base without clustering, but still achieve high-availability."
With an understanding of Yakult's stance on business continuity, Fujitsu proposed the Fujitsu M10-4S server with Building Block Architecture. The Fujitsu M10-4S allows multiple server units to be interconnected as a single server while providing the highest levels of Reliability, Availability and Serviceability. If a hardware failure ever were to occur, the units can be disconnected to maintain high availability. In addition, cores in the disconnected unit are automatically replaced with unactivated cores, providing CPU performance continuity.
In the previous clustered system, software licenses were required for both the active server and the standby server. However, with the Fujitsu M10-4S Building Block Architecture, a standby server is unnecessary, thus achieving even better cost optimization.

The new infrastructure is composed of two Fujitsu M10-4S units interconnected to make one single server with a total of four virtual database domains, an application (Web) domain, and development database and application domains, along with one Fujitsu ETERNUS DX200 disk storage unit.

"Compared to the existing clustered system, the implementation of Fujitsu M10-4S cut costs in half, and the simple design helps to greatly reduce workload," said Mr. Koide of the new alternative to the clustering system. "The Fujitsu proposal made the most of the advanced technology of Fujitsu M10 and met our requirements for the highest quality."
With the increase of data and processing volume from a growing Yakult customer base, and a requirement to maintain performance through a projected doubling of business over the next five years, Mr. Koide appreciates the high performance of Fujitsu M10.
What proved to be the deciding factor was not only the ability to accommodate increased data volume, but the outstanding scalability that alleviated any fears of reduced performance in a virtualized environment. "Because it was our first time implementing virtualization, the performance impact of system consolidation was a point of some concern," Mr. Koide confirmed. "But our apprehension was dispelled by the CPU core activation capabilities of Fujitsu M10. If more performance is needed, we can utilize the CPU core activation function to add the exact amount of resources we need, core by core. This superior scalability has great appeal to an infrastructure architect." 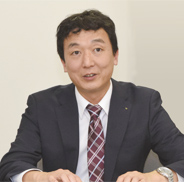 Yakult conducted performance tests and active core relocation tests with the new infrastructure. "In addition to improving the hardware performance, we also performed tuning of the database in order to improve performance. Fujitsu supported us down to every detail throughout the performance testing and design stages. In the fallback testing we conducted by using a failure simulation tool, the transfer was quick, and we were able to confirm that there was absolutely no drop in performance," recalled Mr. Masaharu Miyashita, Assistant Manager of the Operation Center For Sales Accounting, Food and Beverage Sales Management Department.

In January 2015 exSAM on Fujitsu M10 was put into full operation, and has continued stable operation since. Compared to the previous systems, the number of processor cores and licenses costs have remained the same, and performance has greatly improved. 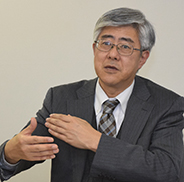 "When exchanging data with the 100+ retailers in the Yakult group throughout Japan, during peak hours, delays of up to 60 minutes were occurring and processing of a single order took roughly 30 seconds. With the adoption of Fujitsu M10, that was cut down to a few seconds, and delays no longer occur. Batch processing time has been cut in half, which has increased system utilization and contributed to the efficiency of our business," stated Mr. Yoshiaki Fukatani, Manager of the Operation Center for Sales Accounting, Food and Beverage Sales Management Department. While achieving business continuity with Fujitsu M10, Yakult has reduced costs by eliminating clustering, saving space and reducing power consumption.

Yakult's business operations organization embodies the goal expressed in the Yakult corporate slogan, "In order for people to be healthy, everything around them must also be healthy." In turn, Fujitsu will continue to stand behind their efforts with advanced technology and comprehensive solutions.