Fujitsu Laboratories Ltd. and Fujitsu Research and Development Center Co., Ltd. today announced development of technology that can verify, in advance, risks associated with smart contracts, which are programs that automatically execute transactions on blockchain platforms. The technology also identifies relevant locations in the source code.

Blockchain technology, which was developed as the foundation for Bitcoin, is expected to have applications in a variety of fields beyond financial services, including real estate and healthcare. Because smart contract risks are directly linked with business losses, however, there have been issues with improving their reliability as a system. Now, Fujitsu Laboratories and Fujitsu Research and Development Center have developed algorithms to identify risk-affected transaction sequences on Ethereum(1), a platform for executing blockchain applications, using symbolic execution technology(2). Using these algorithms, they have developed technology that is able to comprehensively detect six types of risks in smart contracts (figure 1), which have the potential to be overlooked in a manual review, and can then identify the relevant locations in the source code. This technology will enable blockchain developers to rapidly develop even safer smart contracts.

Details of this technology were announced at the Blockchains and Smart Contracts Workshop 2018 (BSC 2018), an international conference that was held in Paris, France, February 26-28.

Blockchain technology can ensure that, even without a trusted third-party intermediary, data has not been altered, and is expected to have applications not only in the field of finance, but also in securities management, real estate registration, healthcare, and electronic government.

With Ethereum, one execution platform of blockchain application, smart contract risks are grouped into six categories (figure 1), but previous technologies to detect smart contract risks in advance were unable to detect all of the different types. For source call authentication through indirect calls via multiple smart contracts lead to changes in the information in the transaction's source call due to an Ethereum specification, which can be abused to illicitly evade authentication. Previous technologies could not detect the risk as they could not trace transaction internal information. 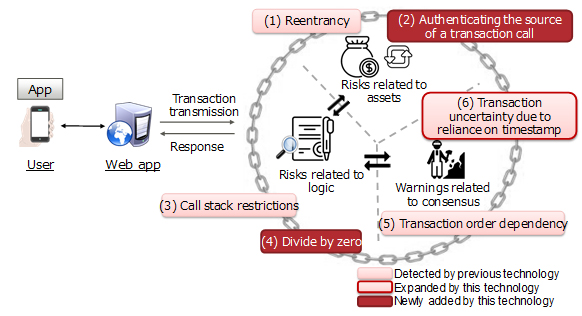 Figure 1: Types of risk that can be detected in smart contracts

Now, Fujitsu Laboratories and Fujitsu Research and Development Center have developed technologies to automatically detect risks in smart contracts for Ethereum that could not previously be detected, and also to identify the relevant locations in the source code (figure 2).

Details of the technology are as follows:

Fujitsu Laboratories and Fujitsu Research and Development Center have now developed an algorithm to comprehensively identify bugs in the source code that might give rise to a risk of someone abusing the language specifications of Ethereum to fake the origin of a transaction call, by using symbolic execution to virtually execute transactions under a variety of circumstances according to the source code based on the sequence of improper processing up to the authentication rules set in advance, the results of a comparison with code patterns unique to Ethereum linked with fraud, and on the presence or absence of access to transaction records unique to blockchain technology. This technology provides comprehensive, highly accurate risk detection.

Using this newly developed technology, the two companies found that where previous verification tools(3) had a detection rate of about 67%, this new technology was capable of 100% detection, excepting a few items, and that in terms of precision it achieved an accuracy rate of up to 88%, enabling both highly accurate risk detection as well as source code risk location identification. Because over-identification of risk is rare, this technology will enable more efficient smart contract development, and combined with the risk location identification technology, it is also expected to reduce the workload involved in tasks such as specification comprehension, code evaluation, and fixing the code. This technology will contribute to the efficient application of blockchain technology to a wide variety of fields.

Going forward, Fujitsu Laboratories will continue to develop verification technologies, not only for Ethereum, but also for Hyperledger Fabric(4), a blockchain framework implementation and one of the Hyperledger projects hosted by The Linux Foundation, with the goal of commercialization of this technology during fiscal 2018. In addition, Fujitsu Laboratories will not only continue to develop verification technology for smart contracts, but also broad technology development relating to building secure systems using blockchain.