Enables estimation of failure, state of degradation with surface-mounted sensors

Fujitsu Limited and Fujitsu Laboratories Ltd. today announced the development of sensor data analysis technology that can aggregate vibration data with sensors attached to the surface of a bridge, and then estimate the degree of the bridge's internal damage through the application of "FUJITSU Human Centric AI Zinrai technology," Fujitsu's approach to artificial intelligence.

This technology was validated using data obtained from verification tests of fatigue degradation of bridges(1) carried out by the Research Association for Infrastructure Monitoring System (RAIMS)(2), a mutual aid organization that carries out joint research into technologies used in industrial activities.

In this way the technology enables enhanced maintenance and management tasks, making it possible to remotely estimate the degree of internal damage to bridge infrastructure.

Details of this technology will be announced at the Japan Society of Civil Engineers 2017 Annual Meeting, to be held at Kyushu University on September 11-13, 2017.

As many bridges built in Japan's period of high economic growth continue to deteriorate, the work required to maintain and manage this type of infrastructure has increased rapidly, accompanied by social problems including rising maintenance costs and a shortage of engineers.

It is anticipated that these issues may now be resolved through the application of ICT to maintenance and management tasks for bridges and other social infrastructure.

Inspection tasks for bridges are usually performed visually to check the structure for damage. The issue with relying only on information gathered visually, however, is that inspectors can only identify abnormalities or anomalies appearing on the structure's surface, and are consequently unable to grasp information regarding the degree of internal damage.

In recent years, in order to advance the use of ICT in these inspections, there have been many trials in which sensors were attached to the surface of the bridge deck(3), using vibration data to evaluate the level of damage. With the methods used until now, accurately understanding the degree of damage within the interior of the deck was an issue.

Now, by expanding Fujitsu Laboratories' proprietary deep learning AI technology for time-series data(4), Fujitsu and Fujitsu Laboratories have developed technology that can discover anomalies and express in numerical terms degrees of change that demonstrate drastic changes in the status of objects such as structures or machinery, and detect the occurrence of abnormalities or distinctive changes. The technology learns from the geometric characteristics extracted from complex, constantly changing time-series vibration data collected by sensors equipped on IoT devices (Figure 1), thus enabling users to estimate and validate the state of degradation or failure in a variety of social infrastructure or machinery.

This technology has now been confirmed through the application of verification test data from RAIMS. 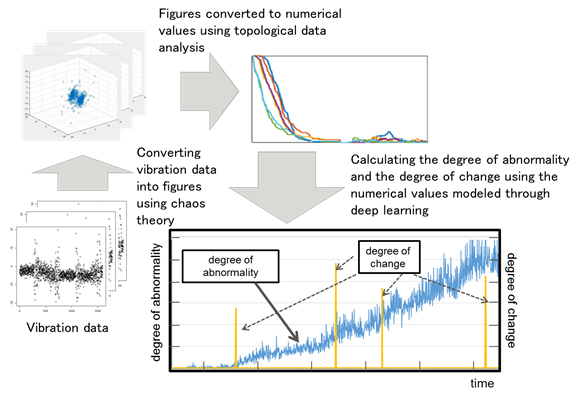 Figure 1: Analysis of vibration data with this technology

Results of the Verification Test

This newly developed technology was applied to vibration data collected from acceleration tests (wheel load running test) performed by RAIMS. The results showed that the geometric characteristics extracted from the vibration data by this technology would appear as a single cluster when the bridge was intact, but the shape changes when the bridge had developed internal damage (Figure 2). Moreover, it was confirmed that the degree of abnormality and the degree of change that can be calculated by converting the geometric characteristics to numerical values correspond with the results measured by strain sensors embedded within the bridge deck, validating the effectiveness of the technology.

Figure 2: Results of the verification test

From the analysis results of data from an acceleration sensor at a single location on the surface of a bridge, Fujitsu confirmed that it is possible to estimate the degree of damage(5) across a wide area of a bridge's interior using this technology. Additionally, detecting the occurrence of internal stress using this technology allows for the estimation of damage in its earliest stages, and can contribute to early countermeasures. Duplicating these tests in the future will make it possible to remotely estimate the degree of internal damage with a high degree of accuracy using surface-mounted sensors, enabling the enhancement of bridge maintenance and management tasks.

Fujitsu will conduct trials using vibration data from actual bridges, with the goal of real-world usage by around 2018.