Now, Fujitsu has enhanced assembly animation creation and design change support functions in order to accurately and quickly create and update assembly process data, which is constantly changing due to design changes and on-site improvements. In addition, the company is also offering the manufacturing instruction viewer in order to use data made in the VPS, such as assembly sequences and process flows, on-site at production facilities. By connecting the manufacturing instruction viewer to a picking system or other tools being used, it can also collect their task performance information.

As there has been a demand for the promotion of IoT in production facilities in recent years, the ability to coordinate process information, such as assembly sequences, between digital data and the situation on the ground in production facilities in a timely fashion has become indispensable. In assembly processes, for example, it is necessary to ensure that bill of process (BOP)(1) information, which was created in the planning stage, displaying the components, task sequence, and task location for each process, agrees with the latest on-site process information that has been updated on the ground, but because this task required a great deal of work, it was often not done.

Now, by strengthening VPS's functions relating to the creation and editing of assembly processes, this new version achieves updates to BOP information, supporting sudden changes in such things as product specifications, production volume, and production methods.

Features of this Product

VPS is a tool that can rearrange CAD structures into assembly sequences, create assembly animations, attach process information such as task time, and compile it into BOP information. Now, in order to create animations and still images that can be used in technical documents used in production, such as task instruction books, Fujitsu has added a function that automatically changes viewpoints for easy understanding, and a function that automatically incorporates process information as notes. By adding the ability to display differences in shapes and color differentiation functionality to the design change support function, assembly process information can be accurately and rapidly created and regularly updated.

Figure 1: Automatically expanded display of components to be assembled 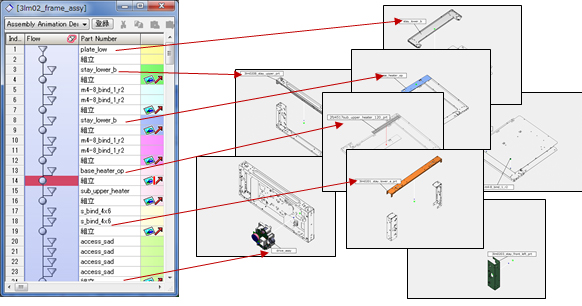 4. Promoting the adoption of IoT in production facilities

Fujitsu is offering a manufacturing instruction viewer for users to access assembly process information created in VPS, such as animations of assembly sequences and process flow information, on-site in production facilities. By delivering easy-to-understand task instructions through animations on displays instead of previous task instruction books on paper, it is possible for assembly tasks to be completed efficiently and accurately without relying on the skill of the worker. In addition, by customizing the manufacturing instruction viewer, it is possible to automatically link the task performance information from sensors in tools and picking systems with a manufacturing execution system (MES)(3). In this way, task performance information from on the ground in production facilities can be fed back into VPS, not only speeding up the cycle of on-site improvements but also contributing to the promotion of the use of IoT in production facilities. 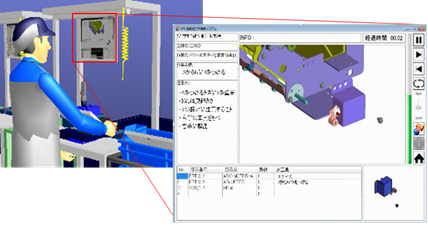 FPricing and Availability for the Major Products in the VPS Series 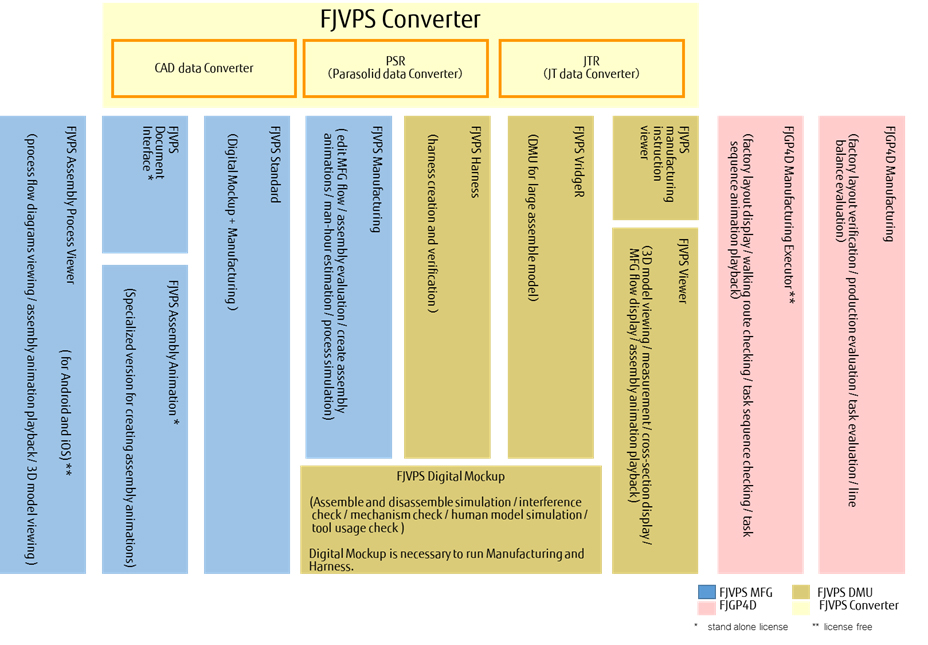