Fujitsu announces to begin verification of IoT-based visualization system in Intel Corporation's semiconductor factory in Penang, Malaysia, Intel's largest factory outside the U.S. The system can visually capture the operational status of its semiconductor production lines and environmental data such as power and water usage. This system links the FUJITSU Business Application Intelligent Dashboard, an analysis and visualization tool that supports factory-wide optimization, with the Intel® based IoT Gateway and the FUJITSU Cloud Service K5 IoT Platform, a cloud-based IoT data utilization platform service.

This system offers management a timely grasp on the overall situation in the factory, enabling rapid tuning on policies and processes aimed to further enhancing productivity and efficiency.

Beginning in May 2017, Fujitsu will begin to offer this factory optimization solution, with a goal of 10 billion yen in revenue over the next three years.

In May 2015, Fujitsu and Intel began to collaborate on building IoT solutions. As the first phase , the two companies launched a field trial with Shimane Fujitsu Limited, aimed at increasing efficiency by providing visibility into the manufacturing process in its factory, which produced results such as cutting shipping costs by 30%. 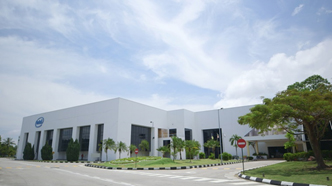 Now, as part of the second phase, Fujitsu begins verification of a system in Intel's Penang factory using IoT to provide visibility into the factory's overall status, including the operational status of semiconductor production lines and energy usage. This marks the beginning of an initiative leading to improvements in productivity and efficiency.

Overview of the System

The system uses the Intel® based IoT Gateway, from a lineup of gateway equipment for IoT systems, to collect a variety of environmental data from electricity and water meters, as well as from environmental sensors that measure temperature and humidity. This is in addition to operational status data from the semiconductor production lines, which is then centralized and managed in the K5 IoT Platform service, a platform for IoT data utilization. Based on this collected data, the system then visualizes important management indicators, such as the energy used and related costs, and the capacity utilization of manufacturing equipment through the Intelligent Dashboard, which provides a cohesive data display.

Previously, at the Penang factory, environmental data inside the factory was collected monthly. However, management could not get a timely grasp on that data, which led to challenges in applying data to enhance factory-wide efficiency.

By implementing this system, data such as energy usage can be checked daily, enabling the implementation of timely policies to improve factory operations. 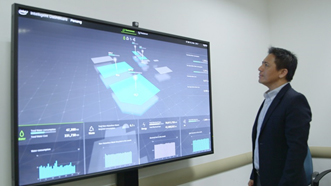 Previously, operational data for each piece of manufacturing equipment in the semiconductor production lines was collected, aggregated and used on a case-by-case basis, such as in determining the cause of problems with manufacturing equipment. However, because management could not check the operational status of the production lines in real time, there were difficulties in connecting that data to improvements in productivity and efficiency.

Implementing this system enables a real-time view of the operational status of equipment throughout the factory, helping management to rapidly implement countermeasures in production lines facing problems. 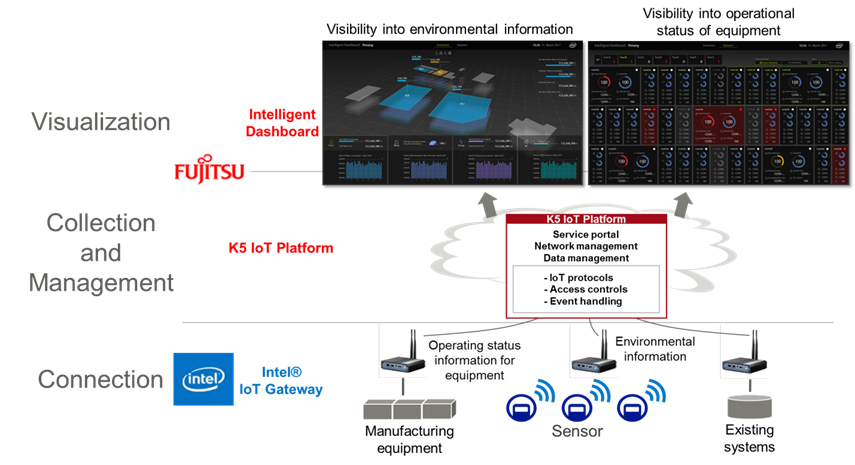 Diagram of the newly implemented system

Based on the knowledge and experience gained through both the field trial at Shimane Fujitsu and this production efficiency visualization system at Intel's Penang factory, Fujitsu will begin offering this solution for optimizing entire factories using IoT to customers in the manufacturing field in May 2017, with a goal of 10 billion yen in revenue over the next three years. In addition, the two companies also aim to expand into IoT solutions for other fields, such as distribution and retail, as well as for the public sector.

The joint demonstration with Fujitsu on "Intelligent Dashboard" at Intel Penang Factory marks our commitment in driving IoT innovations. By processing massive data generated in a factory with Intel® based IoT Gateway and Intel® Xeon®-powered servers, we will be able to visualize the factory in real-time and smart manner. Intel, in collaboration with Fujitsu, will continue to advance the capabilities, technology and the solution platform to enable the transformation of other factories among the industries worldwide.

Intel, Xeon, Xeon Phi, and Intel Logo are trademarks or registered trademarks of Intel Corporation in the United States and other countries.