Improves network system throughput by about 20%

Now Fujitsu Laboratories and Fujitsu Laboratories of America have developed a technology to learn the actual characteristics of an optical network, and accurately estimate the supported transmission speed of newly added communication paths by observing the bit error ratio (BER)(1) of the optical signals of communication paths already in operation. This newly developed technology was experimentally evaluated on a testbed simulating an optical network in which the largest transmission distance was about 1,000km, and it was confirmed that the estimates erred by less than 15%. In addition, in network simulations carried out based on the results of this experimental evaluation, it was confirmed that the throughput of the network as a whole could be improved by about 20%. This technology has enabled the maximization of the throughput of networks to provide highly efficient communication infrastructure.

Details of this technology will be announced at the Optical Networking and Communications Conference & Exhibition (OFC2017), an international conference held in Los Angeles from March 19.

The optical networks that support advanced ICT societies connect numerous locations within the optical network with high volume, low-latency connections by using wavelength division multiplexing technology, which combines optical signals of different wavelengths for transmission on a single optical fiber. Going forward, however, in order to meet the increasing communication demands that accompany further expansion of cloud-based services and the commercialization of 5G mobile communications systems, there will be an unprecedented demand for technologies that increase the throughput of optical networks as a whole.

In the operation of an optical network, when there is additional demand for communication between certain locations, the achievable throughput is calculated by estimating transmission performance, and signals on new wavelengths are added based on these results. Because it is difficult to accurately determine all the physical parameters of the numerous specific optical fibers and communications devices that make up an optical network, such as loss in an optical fiber or the amount of noise in an amplifier, transmission performance has previously been estimated based on the design specifications of optical fibers and communications devices. In order to guarantee stable network operation, however, it was necessary to make estimates lower than actual transmission performance, resulting in the network operating under more restrictive conditions that lead to lower network throughput than the network should have been able to support. 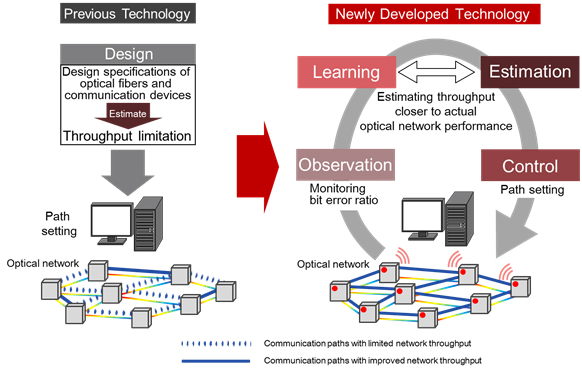 Figure 1: Overview of previous technology and the newly developed technology

With this technology, the BER calculated from a mathematical model based on the physical characteristics of the optical network is compared with the BER obtained from optical receivers in operation, and machine learning is used on the mathematical model to minimize the difference. With newly developed sensitivity analysis technology that analyzes each responsivity of BER to the physical parameters of the numerous optical fibers and communications devices, such as loss in optical fibers or the amount of noise in amplifiers, the system can automatically calculate an appropriate amount of parameter value adjustment just from the BER data in response to physical parameters, providing efficient machine learning.

Applying this technology to study the characteristics of optical networks in operation, it becomes possible to accurately calculate transmission performance when adding new communication paths.

An experimental trial of this newly developed technology was carried out using an optical network testbed approximately equivalent to a transmission distance of about 1,000km built by Fujitsu Laboratories, and based on the results of the estimation accuracy analyzed by Fujitsu Laboratories of America using the experimental results, it was confirmed that the estimation error in this testbed environment was within 15%. Moreover, when network simulations were carried out based on the results of this trial, it was confirmed that the signal throughput for each wavelength, depending on communication path, could be improved by up to 50%, while the throughput of the optical network as a whole could be improved by about 20%.

Fujitsu Laboratories and Fujitsu Laboratories of America will continue to test the accuracy of this newly developed technology, with the goal of commercializing this technology in fiscal 2018, applying it to the "Fujitsu Network 1FINITY" series of Fujitsu Limited's optical transmission system, and to the "Fujitsu Network Virtuora" series of wide area network virtualization solutions.