Fujitsu Laboratories Ltd. today announced the development of a technology that enables safe and easy use of cloud services through IoT devices using the biometric authentication functionality of smartphones and near-field wireless functionality.

In the era of IoT, various devices are connected to cloud services. When using these services such as parcel delivery lockers in apartments or public facilities, or when using car sharing services, user authentication will need to take place each time a service is used. With existing ID and password systems, users have to manage multiple IDs and passwords which make the authentication process cumbersome.

By applying FIDO(1) technology that enables biometric authentication of a cloud service's user without extracting biometric information from that user's smartphone, Fujitsu Laboratories has developed technology that establishes a secure network between a cloud service, an IoT device, and a smartphone, and then simultaneously verifies the identity of the user and that the user is in front of the IoT device.

With this newly developed technology, users can safely and conveniently access cloud services through a variety of IoT devices without inputting an ID and password, using just their smartphone's biometric authentication. In addition, this technology enables the provision of a strong personal authentication service using biometrics without requiring service providers to manage an individual's biometric information for each device or service.

It is said that by 2020, several tens of billions of IoT devices will be connected to the internet, bringing huge changes to industries and our daily lives. It is expected that, by connecting a variety of devices, the number of services connecting people and devices will expand. For example, having customized services and settings made available while multiple users have access to any given car sharing vehicle, or providing insurance based on the characteristics of a user, their usage history, and the car being used. As these types of situation become more common, there is a need for a more convenient, new authentication technology to replace the existing system of ID and password authentication in which users have to manage multiple IDs and passwords. 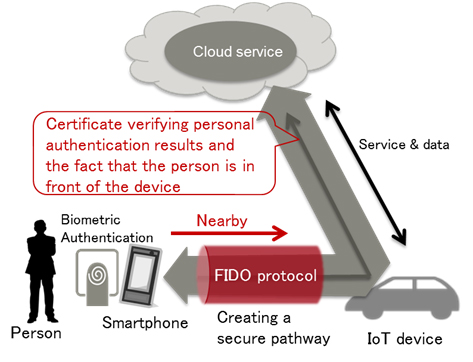 Figure 1: Diagram of the authentication pathway

This technology makes it possible for users to make use of services through a variety of IoT devices in a safe and secure environment, using the biometric authentication functionality of the smartphone they use every day.

For example, by using a smartphone to identify the user, biometric authentication safely enables the use of a smartphone to unlock a fleet or car sharing vehicle, start the engine, or automatically adjust a vehicle's settings to a user's preferences. In addition, it enables safe and secure authentication of a user for a variety of services which require user authentication for IoT devices, such as parcel delivery lockers and access into secured rooms. 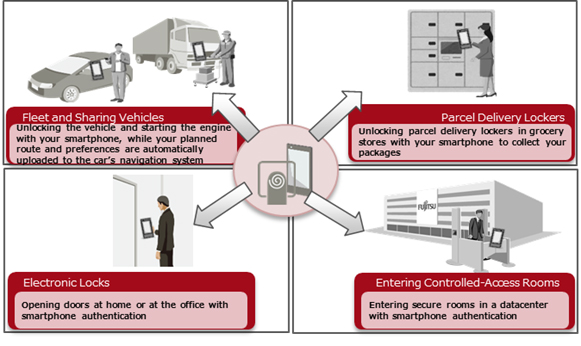 Fujitsu Laboratories will continue to validate this newly developed technology for a variety of usage cases, aiming for commercialization during fiscal 2017 as a technology that expands the FUJITSU IoT Solution Biometric Sensor Authentication Solution Online Biometric Authentication Service(2).