Lineup enhanced with the latest processors, supporting use in a variety of scenarios

Fujitsu Limited and Fujitsu Client Computing Limited today announced the release of 18 new enterprise models in 12 product series, including nine laptop models in four series, four tablet models in three series, one desktop PC model, and four workstation models in four series. The new models are being rolled out in stages from mid-January in Japan.

In its FUJITSU Notebook LIFEBOOK family of laptops, Fujitsu is offering the new ultra-lightweight mobile LIFEBOOK U937/P, which weighs 799g or less(1), as well as the new folding convertible LIFEBOOK P727/P, which can also be used as a tablet. In addition, all nine LIFEBOOK models feature processors from the latest 7th generation Intel Core processor family.

In the FUJITSU Tablet ARROWS Tab family of Windows tablets, Fujitsu is offering the new handheld ARROWS Tab V567/P tablet that features a full version of Windows 10 Pro on a 6.0" palm-sized device.

In addition, Fujitsu is also now offering the ESPRIMO Q956/MRE, which features the Intel Unite Solution for sharing screens in meeting rooms.

The Fujitsu Group is supporting the operations of its customers across a variety of industries by expanding the functionality of its various product lines.

1. Expanded laptop lineup, including an extremely light ultra-slim mobile model and a folding convertible model that can be used in a variety of shapes, suited for various usage situations

The new ultra-light 13.3" LIFEBOOK U937/P, with a weight of 799g or less, a thickness of 15.5 mm, and added mobility, is available in two colors, black and red. In addition, Fujitsu has launched the new 12.5" LIFEBOOK P727/P folding convertible laptop, which, in addition to its normal notebook mode, can be used in a variety of forms, such as tent mode, stand mode and tablet mode, depending on the usage situation, because the screen can be rotated 360 degrees. Moreover, the entire laptop lineup has been strengthened by including processors from the latest 7th generation Intel Core processor family. 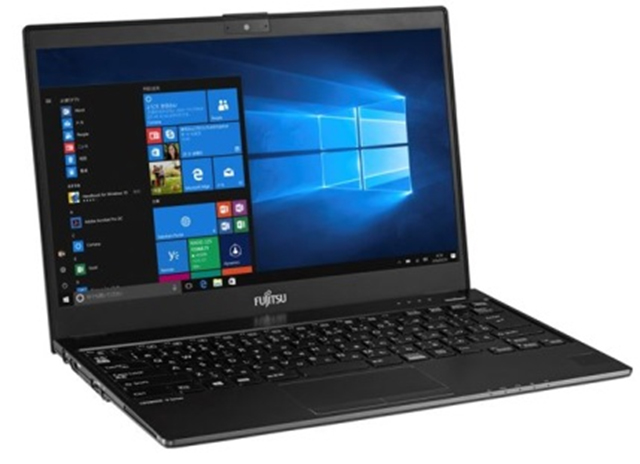 Fujitsu is now offering the new 6.0" palm-sized ARROWS Tab V567/P tablet, a Windows-based ARROWS Tab, which features a full version of Windows 10(2) that can be immediately used for existing tasks. The compact body is 85.4 mm wide, fitting in one hand, and weighs about 280g, roughly the same as a personal organizer, preventing fatigue even with lengthy operations. Users can easily carry this tablet, without worrying about finding a place to set up. 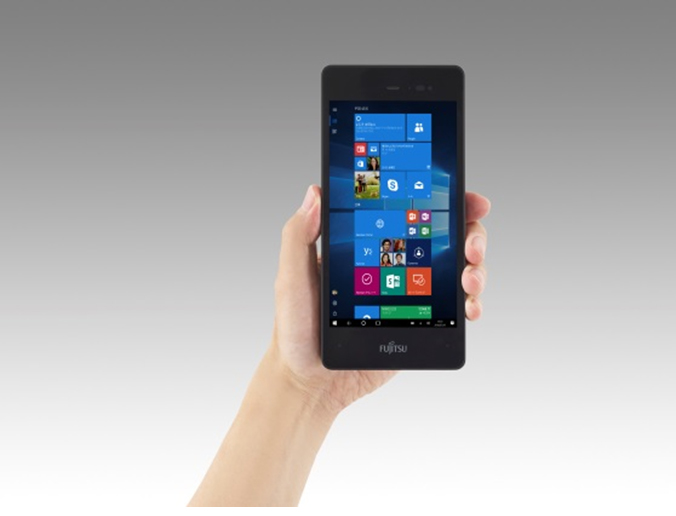 Fujitsu has newly added the ESPRIMO D957/P, featuring a processor from the latest 7th generation Intel Core processor family, to the ESPRIMO lineup of desktop PCs. In its CELSIUS family of workstations, Fujitsu has strengthened the lineup by adding four models supporting the Windows 10 Anniversary Update to its R, M, C and H series.

Fujitsu is also launching the new ESPRIMO Q956/MRE, featuring the Intel Unite Solution which maximizes the efficiency of meetings through such features as wireless screen sharing and file sharing during meetings. Using this solution supports smarter business meetings and promotes evolution of the workplace environment.