Going forward, SAC iWATA will produce this kale using optimal cultivation technology in an environment where factors such as temperature and humidity are controlled using Fujitsu's information and communication technology (ICT), and provide it to a growing number of businesses across Japan, such as supermarkets and the restaurant industry.

Recently, functional foods are garnering a great deal of attention for their high nutritional value, and the expected effects on health and beauty. SAC iWATA, which started business on April 1, 2016 with investment from Fujitsu, ORIX and Masuda Seed, provides food with high nutritional value, including vitamins and minerals such as calcium, as part of its B-Food series. SAC iWATA cultivates the product in an optimal environment, with the best technology, and great care in selecting seeds (seedlings and varieties), fusing experience in each field in the food value chain, including seeds and seedling development, cultivation, environmental control, and marketing.

As the first product in this series, it will begin full-fledged sales in June of kale that can be eaten fresh, without cooking. 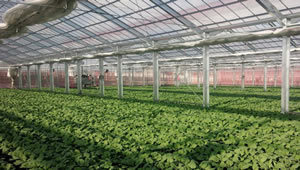 Figure 1: Cultivation of kale that can be eaten fresh 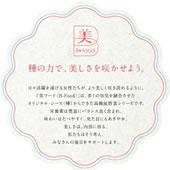 Masuda Seed, which has extensive experience in the development and production of seedlings in the Brassicaceae family, especially cabbage and kale, spent 10 years developing the delicious Samba Carnival variety of kale (variety registration #17704), which SAC iWATA is cultivating and will start selling as kale that can be eaten fresh, without cooking.

Unlike ordinary kale used in green juices and so forth, this kale has softer leaves that are less bitter, making it easier to eat raw. It can be used as-is in salads or a variety of other foods, such as soups, stir-fry, and smoothies.

Going forward, SAC iWATA will continue to produce this kale in an optimized environment. The company will provide it to companies such as supermarkets and those in the restaurant and ready-made-meal industries, expanding across Japan with a focus on the Kanto, Chubu, and Kansai regions.

In addition, the company plans to continue to add new varieties to its B-Food series, such as nutrient-rich tomatoes and bell peppers, by fusing its cutting-edge environmental control, cultivation, and processing technology with the development ability of its partner seedling company.