Damage analysis for rapid and comprehensive countermeasures, even for non-experts

Fujitsu Laboratories Ltd. today announced the development of new technology that, in response to targeted cyber-attacks on specific organizations, rapidly analyzes damage status after an attack has been detected.

In the event of malware attacks, which infect organizations to cause a great deal of damage, including information leaks, it was previously necessary to analyze a range of logs on networks and devices to clarify attack status. However, in order to grasp the whole picture of the attack, analysis by an expert over the course of many hours was required.

Now, by automating and improving the efficiency of the information collection components necessary for attack status analysis via network communications analysis, Fujitsu Laboratories has developed forensics technology to analyze the status of a targeted cyber-attack in a short period of time and show the whole picture at a glance.

This means that it has become possible to do security incident analysis, which previously required an expert and took a great deal of time, in a short period without an expert, and come up with rapid and comprehensive countermeasures before the damage spreads.

This technology will be exhibited at Fujitsu Forum 2016, to be held on May 19 and 20 at Tokyo International Forum.

In recent years there has been a sharp rise in increasingly ingenious targeted cyber-attacks that aim to steal particular information from specific organizations or individuals. After having infected an organization, attackers can remotely control their malware, causing important information to be leaked outside the organization. This results in huge damage, not only to the organization attacked but also to its partners and customers.

As this sort of malware attack is extremely difficult to completely prevent, there is a pressing need for countermeasures predicated on malware intrusion.

At present, the usual method to assess the damage of a malware attack that has infected an organization is to analyze all sorts of logs on networks and PCs. Because only fragmentary information can be gained from each log, however, grasping the whole picture of the damage required an expert to spend a great deal of time analyzing it. There is also a method in which network communications are collected and analyzed constantly, but because the volume of network communications is so enormous, collecting everything has its own costs. Moreover, even with communications analysis, not only is it not possible—just through this analysis—to determine if an attack communication through malware remote control is an attack or just ordinary communications, efficiently analyzing only those communications related to an attack is extremely difficult as they are hidden in the huge volume of communications from ordinary tasks, such as email and web browsing.

By automatically analyzing massive volumes of network communications for the information collection components necessary for attack damage analysis, Fujitsu Laboratories has now developed technology to quickly analyze the status of a targeted cyber-attack and show the whole picture at a glance.

Analyzing the trace information collected with the above technology by distinguishing between communications generated by ordinary tasks and communications with a high probability of being attacks on the basis of defined actions characteristic of targeted cyber-attacks, this technology can extract the state of progress of an attack in a short period of time.

By installing an analysis system incorporating these technologies into an internal network with a high volume of communications, it becomes possible to extract a series of command operations from a specific PC from amongst a day's worth of communication trace logs in a few seconds or a few tens of seconds, for example. In this way, users of this newly developed analysis system can constantly collect and investigate these traces, so when a targeted cyber-attack is detected, PCs related to the attack can be extracted one after another, and because the attack status is automatically drawn as a bird's-eye view, it is possible to grasp the whole picture of the attack at a glance. 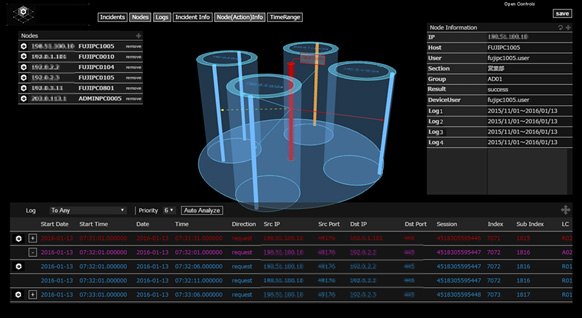 Figure 2: Screenshot of the analysis system for the status of targeted attacks
Larger View (124 KB)

With this newly developed technology, security incident analysis, which previously had to be entrusted to an expert and which took a great deal of time, can now be done in a short period, even by non-experts. As a result, when suffering a targeted cyber-attack, it has become possible to rapidly and comprehensively take countermeasures before the damage spreads.

Fujitsu Laboratories will continue to improve this technology's functions, including improving operability, aiming for a practical implementation in fiscal 2016 and incorporation into services provided by Fujitsu Limited after fiscal 2016.