Fujitsu Laboratories Ltd. today announced the development of software technology to predict the maximum population of mammals that can inhabit an area from information such as the average weight of an animal and public data on vegetation and land use. Starting this month, it is putting this newly developed technology into action in a trial to predict the population of Japanese sika deer, which are the cause of increasingly serious damage due to overgrazing. The trial has commenced with the cooperation of the Yamanashi Forest Research Institute.

In this trial, Fujitsu Laboratories is working to improve the accuracy of its predictions using data on the population of sika deer provided by the Yamanashi Forest Research Institute. The data is based on field surveys of such information as the condition of the forest, the distribution of plants preferred by sika deer, and trail routes, from eight areas in Yamanashi Prefecture.

Accurately predicting the sika deer population will enable the development of effective countermeasures, such as where to place fences, even in areas that are difficult for researchers to enter. This will ultimately contribute to preventing damage to forests by sika deer, the population of which continues to expand throughout Japan. This will help to conserve rare alpine plants from harm due to overgrazing, thereby preserving nature's rich diversity.

Biological diversity is conserved by a variety of living things existing in the proper balance, but in recent years, the rapid increase in the population of sika deer has led to forest damage and a decline in alpine vegetation and other rare wild plants through overgrazing. There are concerns that an increasing amount of damage will lead to a future loss of biodiversity. In response, in the May 2015 amendment to the Protection and Control of Wild Birds and Mammals and Hunting Management Law, sika deer were designated as a "specified managed animal," and, in addition to the national government, Japan's local prefectures have been a driving force behind moving forward on implementation of countermeasures against overgrazing.

Developing such countermeasures requires population estimates gained through field surveys, and forecasts on the growth of animal distribution. Previous estimates were developed by researchers who were sent into areas to be covered to perform sampling-based surveys. To expand the scale of field surveys and carry out countermeasures across a broader area, the time needed and the number of researchers must also increase. Moreover, there were existing issues with how to estimate the populations of areas that were difficult for researchers to investigate. 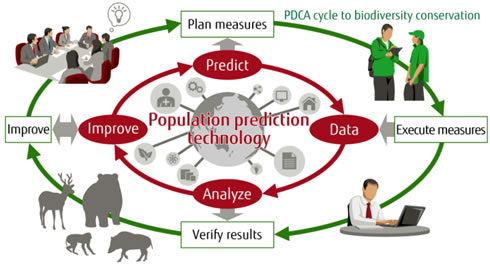 Figure 1: Use of technology to predict the maximum population of animals that can inhabit an area

Fujitsu Laboratories has developed a software technology to predict maximum possible animal populations without a field survey, using publicly available information, such as vegetation maps that display the types and distribution of plants, topographical maps, and climate information, as well as information about the animal's basic biology. At the start of this trial, Fujitsu used this technology to predict the maximum possible population of sika deer in a 100-square kilometer area around the City of Koshu in Yamanashi Prefecture (Figure 2).

Using maps of vegetation, land-use, and topography, as well as assumptions about sika deer biology, the area was divided into habitable areas that are suitable for deer to live, uninhabitable areas that are unsuited for deer, and corridors that are not suited for habitation but that could be used to move through the district. The habitable areas connected by corridors were then extracted, and, by applying the relationship between sika deer population density and their weight, the maximum possible population number for each square kilometer area was calculated. 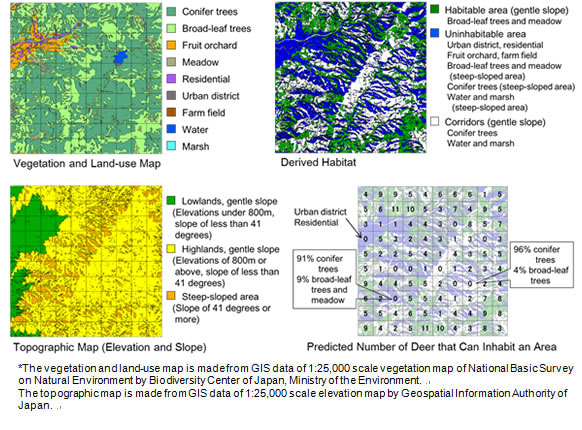 Figure 2: Using the new technology to predict the maximum sika deer population that can inhabit an area (example using the Koshu region of Yamanashi Prefecture)

Over the course of this trial, Fujitsu Laboratories will collect field survey data related to the population status of the sika deer, such as the frequency of sightings by field researchers and the distribution of droppings, compare it with the numbers predicted by this technology, and analyze the results. Fujitsu Laboratories aims to incorporate new ecological and other insights gained from this analysis into the technology to improve its accuracy.

For example, it was thought that stands of conifers on gentle slopes were not a suitable habitat for sika deer, but in cases near the Koshu area, sika deer were confirmed to have also been feeding in some stands of conifers, such as Japanese larch trees, so it is understood that it will be necessary to rethink the vegetation and other conditions that can support a population, to accord with actual living conditions.

For this reason, with the assistance of the Yamanashi Forest Research Institute, which is researching the status of the forests and the biology and population of sika deer(1), Fujitsu Laboratories will be carrying out the following validation trial: Figure 3: Areas where the trials will be conducted (initial 8 locations)

This technology will make it possible to expand the areas where predictions of sika deer populations can be made, including regions that are difficult to actually enter and investigate. The estimates of habitats and corridors based on the prediction results for a region will also make it possible to implement effective countermeasures, such as putting up fences.

Fujitsu Group established its biodiversity action principles in 2009, and in addition to its business efforts, it has actively worked to use its information and communication technology to conserve biodiversity and achieve sustainability.

Fujitsu Laboratories aims to roll out use of this technology to areas that have not been surveyed, where the damage from overgrazing sika deer has been hidden until now, and it will continue improving the technology to make more efficient and effective sika deer damage control possible. In addition, it will broaden the scope of the technology’s applications, such as to invasive species and wild or rare animals other than sika deer. Through these efforts, it will contribute to preserving biodiversity.