New pre-processing method uses inexpensive equipment and is 10x more sensitive to the presence of phthalate esters, a target of tighter global regulations

Fujitsu Laboratories Limited, Fujitsu Limited, and Fujitsu Quality Laboratory Limited jointly announced the development of a method that can identify the presence of phthalate esters, such as bis(2-ethylhexyl) phthalate (DEHP), which are considered toxic in polyvinyl chloride (PVC). This new method can distinguish such phthalate esters with more than ten times the sensitivity of previous methods.

In the past, high-precision measuring of phthalate content has required expensive analytic equipment and specialized training. While relatively simple and inexpensive measurement methods are known, their sensitivity is poor. With the new method developed by Fujitsu, called the "vapor collection method," a sample is heated, and the resultant phthalate vapor is collected on a PVC film, enabling the identification of the presence of phthalate esters with ten times the sensitivity of previous methods.

This method can be employed on the front lines of a factory's acceptance testing operations using inexpensive and easy-to-operate equipment to identify the presence of phthalate esters in products such as cable housings in less than ten minutes with a high degree of sensitivity, thereby contributing to the provision of safer products.

Details of this technology are being presented at the 60th Spring Meeting of the Japan Society of Applied Physics, being held March 27–30 in Atsugi City.

The Fujitsu Group has extended this thinking to its procurement activities, clarifying its approach to green procurement in the Fujitsu Group Green Procurement Direction. The Fujitsu Group's Specified Chemical Substances are based on substances that are regulated by law or that are specified under industry group guidelines. Fujitsu regards these chemical substances in all supplies it procures as being covered by its rules, and expects its vendors to respect them.

Within the Fujitsu Group, all purchased supplies are directly inspected with the aim of thoroughly eliminating regulated toxic substances. Particularly at factories that purchase large quantities of certain supplies, a number of proprietary technologies for quickly, accurately, and efficiently identifying the presence of toxic substances has already been developed and put into use within the Fujitsu Group.

DEHP is the most widely produced phthalate, a plasticizer used to make PVC pliable, but amid concerns over its toxicity, Japan, the US, and the EU have regulated its use in toys and other products intended for babies and children. The EU considers it a substance with some risks and has classified it as a carcinogenic substance/mutagenic substance/reproductive toxin. On February 17, 2011, it was listed in the REACH rules(1) as a substance requiring authorization. It is also being considered as a candidate for next-round regulation under the EU's RoHS Directive(2), which has had a significant impact on the electronics industry.

Figure 1: Checking for the presence of regulated substances during acceptance inspection of deliveries

There are two methods for analyzing phthalate esters: one that can accurately measure the type and concentration of the substance, and a screening method that can simply detect their presence without being able to classify them. The former method is precise, but it requires the pre-processing of samples using organic solvents, the use of expensive equipment costing tens of thousands of dollars, and reliance on a highly trained technician. It is also a time-consuming process. These issues make it impractical as a method for acceptance testing at a factory receiving a large number and variety of shipments. The latter method uses attenuated total reflection (ATR) Fourier transform infrared spectroscopy (FT-IR)(3). This method uses cheaper equipment (only 20% the cost) than the former, requires no pre-processing, and is easy to operate, so that anyone can perform measurements with it. However, it can only detect concentrations of 10 wt% and higher, compared with the legal requirement of 0.1 wt% or lower, making its sensitivity two orders of magnitude lower than required.

The method Fujitsu has developed (Figure 2a) works by heating a sample to vaporize the phthalate ester from it, which is collected on an additive-free PVC film over a metallic plate. This concentrates the plasticizer on the PVC film and eliminates the influence of colorants or other additives in the sample. In addition, it is possible to measure the thin PVC film over the metallic plate with metal-plate reflection FT-IR, which uses equipment that is even less expensive than in the ATR method. The result is that the vapor collection method can detect even samples containing less than 1 wt% phthalate esters, a tenfold improvement in sensitivity over the existing method.

With that in mind, Fujitsu developed vapor collection equipment (Figure 2b), which makes it easy to set such parameters as sample heating and collection plate cooling. In addition, it works by simply mounting the sample into a cartridge-type sample holder for greater efficiency, so that anyone can quickly and reliably obtain a vapor collection and easily produce samples for high-quality analysis. 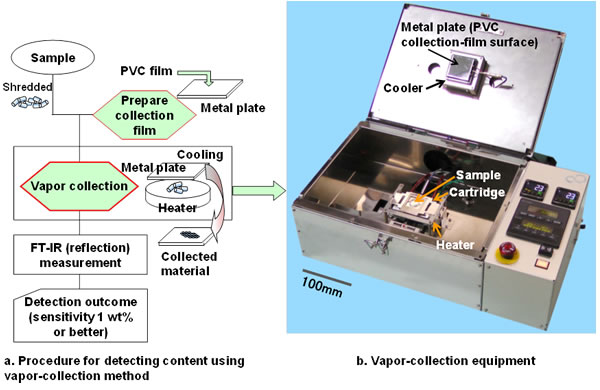 Figure 2: The simplified method developed for detecting the presence of phthalate esters

The vapor collection method has already improved sensitivity in detecting phthalate esters over the existing FT-IR screening method by a factor of ten and can detect concentrations of less than 1 wt% in samples. By adjusting the vapor collection parameters and collecting phthalate vapors predictably and reliably, it is easy to obtain good collection samples that can be used for accurate identifications in factory acceptance inspections. This will lower the risk of products containing potentially dangerous phthalate esters and contribute to the provision of safer products.

In light of ongoing trends in RoHS regulations, Fujitsu aims to develop a system for supplying vapor collection films and collection equipment during fiscal 2013 and to prepare for quickly performing acceptance testing using this method as new regulations come into force. At the same time, Fujitsu plans to consider providing vapor collection films and collection machines outside the Fujitsu Group, as it works to develop a proposal to have this included as a screening method for phthalate esters in the International Electrotechnical Commission's standard IEC62321.