The universal design award is an international design prize presented by the Hanover-based universal design GmbH. The evaluation standard for the award is whether a large number of people can use a given product or service objectively and intuitively. Qualities such as reliability, safety, distinctiveness and innovativeness are also taken into account. 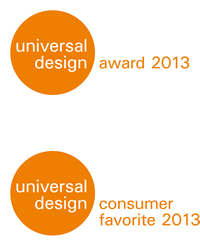 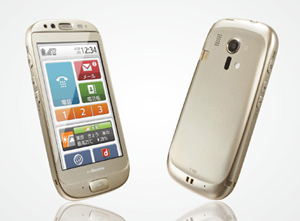 Launched in Japan in August 2012, the Raku-Raku Smartphone continues to offer the same usability, simplicity, ease of viewing, and dependability cultivated in previous models of the Raku-Raku Phone series. These features serve as the core concept behind the product, which is intended for senior users.

In receiving the two awards, the Raku-Raku Smartphone was praised for its unique features, including the Raku-Raku Touchscreen, which helps users perform their desired operations by offering the tactile sensation of pressing physical buttons; its distinctive menus that have been designed for greater ease of use; and its screen layouts and graphic user interface, which can be intuitively navigated to enable access to desired features at a single glance.

As we continuously strive to develop products that any customer can use proficiently without being overly conscious of their age or physical capabilities, Fujitsu plans to continue developing diverse technologies that support the needs of its customers.