Fujitsu today announced its enhanced line of LIFEBOOK notebook PCs and ESPRIMO desktop PCs for enterprise customers. Upgrades have been made to the CPU and memory in a total of 39 models in nine product families(1), as well as three FUTRO thin client models. The new models will be available starting today only in Japan. 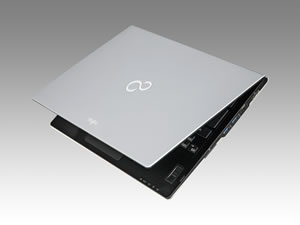 1) Ultra-thin yet sturdy LIFEBOOK U772/E Ultrabook™ with full security features
Combining a high-speed solid state drive with a large-capacity hard disk drive (up to 500GB), the LIFEBOOK U772/E is an Ultrabook™ with "Made in Japan" quality that delivers the ultimate in mobility. It measures 9.0mm at its thinnest point and just 15.6mm at its thickest to realize a compact casing with a 14-inch liquid crystal display. A magnesium alloy is used in the top and bottom casing, enabling the top cover to withstand load testing(3) of 200kg, thereby delivering sturdiness in an ultra-thin form factor. From sleep mode, operational start-up times are very quick(4), and it uses a slim and lightweight stick AC adapter. With a long battery run-time of up to 9.0 hours, it can be used on the go, conveniently and worry free. It is also equipped with full security features, such as a built-in fingerprint sensor and security chip. 2) LIFEBOOK N532/E features desktop PC-sized screen
Equipped with a 17.3-inch HD+ (1600 x 900 pixel) high-resolution LED liquid crystal display screen, the LIFEBOOK N532/E delivers the large screen size of a desktop PC while offering the energy conservation of a notebook PC. It is a standard PC for which specifications can be changed to fit operational needs, enabling customization of the CPU, security features, and hard disk drive. The keyboard includes a numeric keypad as a standard feature, enabling convenient input of numbers.

3) Contributes to energy conservation
The new LIFEBOOK line again includes Fujitsu's proprietary ECO Sleep function(5), an energy conservation feature that enable standby power to approach zero when the computer is turned off or in sleep mode, and an ECO Sleep-compatible AC adapter(6). Moreover, it also includes a peak-shift control feature that automatically switches the power source to the internal battery during predefined periods of time, even if the PC is connected to the AC adapter, and a dashboard for power-saving utilities that easily enables adjustment of settings, such as the brightness of the LDC display, or features not being used to be disabled, thereby reducing power consumption whether the PC is in use or at rest. 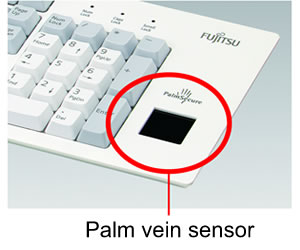 All of the new ESPRIMO desktop models are equipped with the latest architecture for high-speed processing, including the third-generation Intel® Core™ processor family of high-performance CPUs. The ESPRIMO D752/E supports Intel® vPro™ technology, which facilitates PC operations management work, The ESPRIMO D582/E offers a wide range of customizations, and the ESPRIMO K553/E, which is a space-saving all-in-one PC unit with a built-in LCD screen.

In addition, all ESPRIMO models now have, as an available option, the world's first keyboards supporting built-in palm vein sensors that easily enable the user to be authenticated simply with the passing of the user's hand over a scanner.

Moreover, power consumption can be cut with such features as the Power Supply Coordination Service Concept(7), which enables zero power to be consumed in standby mode when with main switch or display switch has been accidentally left on. Another way to save power is offered by the all-in-one PC with a built-in LCD screen that enables just the power for the display to be turned off. 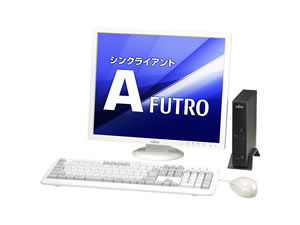 The B5-sized FUTRO MP702 model is compact and lightweight, and, as standard features, is equipped with security buttons(8) to preserve strict security as well as a new smartcard reader/writer, resulting in a mobile terminal that can be used with peace of mind.

The A4-sized FUTRO MA552 model is available with such options as a numerical keypad in the keyboard to enable easy input of numbers with one hand and a full HD (1920 x 1080 pixel) high-resolution liquid crystal display, contributing to improvements in work efficiency.