Fujitsu today announced the release of the Si-R G100, a gigabit access router. It is the latest model in Fujitsu's Si-R G series of IP access routers for building corporate network systems.

The new product, a smaller version of the Si-R G200 introduced in May of this year, is designed to be lightweight and compact with low operating noise. This makes it ideal for small offices to set up a network environment where it can even be used on a desktop.

Despite its modest price of JPY 79,000, the new router supports virtual private network (VPN)(1) connections as fast as 440 Mbps, enabling it to accommodate high-speed WAN(2) services in excess of 100 Mbps, such as FLET'S Hikari Next or au Hikari.

Moreover, it can also accommodate LTE(3) and other high-speed wireless WAN services with a data communication card (sold separately) for quick set up of virtual networks at temporary offices or event venues. It is also ideal for systems that need high-speed back-up lines to connect branch offices.

While there may have been a time when only very large companies had much use for the high-speed networking services provided by communications carriers, today small- and medium-sized companies demand these services as well, but at a lower cost.

To meet these needs, Fujitsu is launching the Si-R G100 access router, which is designed to be an ideal access router for smaller offices demanding very fast network connections. 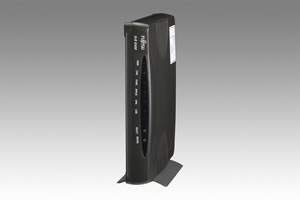 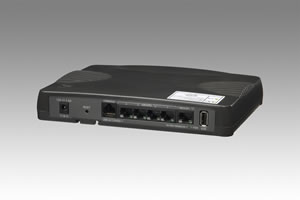 The Si-R G100 back, in horizontal orientation 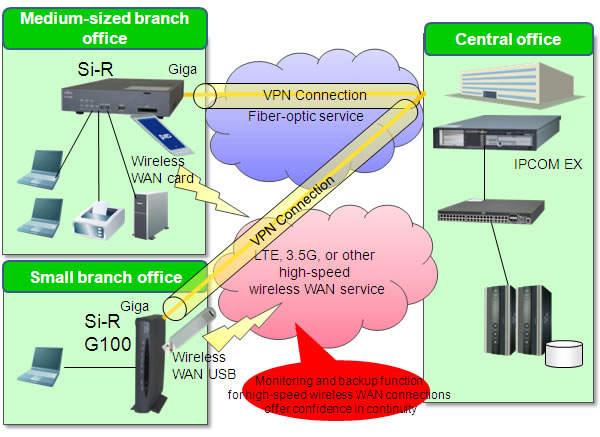 The compact and lightweight design (205 × 155 × 34 mm, 0.9 kg) dispenses with a fan for quiet operation, making it an unobtrusive addition, even when placed on a desk in a small office. Because it can be placed either vertically or horizontally, customers can make the best use of limited space.

Despite its modest price, all of its ports are 1000base-T(4), supporting VPN connections as fast as 440 Mpbs. As a result, it can accommodate high-speed WAN services in excess of 100 Mbps, enabling customers to set up a high-speed company network at a low cost.

Features of the Si-R G Series

The Si-R G Series, which now consists of two models, the Si-R G100 announced today and the Si-R G200 announced in May 2011, supports excellent VPN performance and ultrafast WANs in excess of 100 Mbps. The models in the series share the following features.

1. Option enables support of LTE and other high-speed WAN services

The Si-R G Series can support high-speed wireless WANs such as LTE or other 3.5G networks(5) when a data communication card (sold separately) is used. This means routers in the series can be used to quickly set up virtual networks at temporary offices or event venues. They are also ideal for systems that need high-speed back-up lines to connect branch offices.

As it supports automatic backup functions for wireless WAN lines, communications continuity is assured even in the case of a line failure. By using the wireless WAN monitoring function to verify connection status, wireless WAN can be used with confidence as a backup line when there is a main line failure.

Being an access router, the Si-R G Series naturally supports IPoE(6) and PPPoE(7), and also works with IPv6 in a broad variety of areas, from security to operational and maintenance functions. This allows it to support building, evaluating, and transitioning to IPv6 environments in IT systems. These products have also earned IPv6 Ready Logo Phase2 approval for advanced interconnections between IPv6 devices.

This series supports external media start function that enable network set-up without a PC by simply plugging in a USB memory stick that contains the software and configuration specifications. These functions allow quick set-up when initially deploying a branch office router or when equipment needs to be replaced due to an equipment failure.

The use of "config-trial" functions, which allow temporary settings for configuration specifications, enables users to avoid inoperability resulting from errors in settings when working from remote locations.

It supports eco-lamp functions, which allow the lamp to be temporarily turned off by using the CLI(8) setting or the button on the router. In addition, sensors enable the router's power consumption to be monitored in real time, promoting better management of power consumption.