Fujitsu Limited and Fujitsu Design Limited today announced the selection of winners for the FUJITSU Design Award 2011: A LIFE with Future Computing, the full-scale international design competition, open to designers around the world, aimed at the development of PC-related designs bringing innovation to people's daily lives.

Over 1,000 PC design submissions were received during the competition from countries across the world. The Grand Prize was awarded to "The Aid," an ICT-enabled cane from the LIFE-DESIGN category for innovative "lifestyles" for the year 2020. Runner-Up Prizes were awarded to "Crowd," a PC design that can be operated to fit a variety of usage scenarios from the LIFEBOOK category for notebook PCs launching in 2013; and "Integral Cord," an innovative ICT-cord enabling a wide range of uses and communications applications from the LIFE-DESIGN category.

By hosting the FUJITSU Design Award 2011, Fujitsu aims to further promote the pursuit of "human-centered" designs, while helping to open the door to new lifestyle possibilities.

The competition, which is based on Fujitsu's "shaping tomorrow with you" brand promise, is an initiative aimed at implementing product ideas requested by customers. In striving to bring about a new society that contributes to the daily lives of people through the delivery of ICT products and services, Fujitsu is pursuing designs that bring users closer to computing technologies and can be conveniently and easily employed by a greater number of people. As such, the winning designs have been selected with an eye for "human-centered" designs. 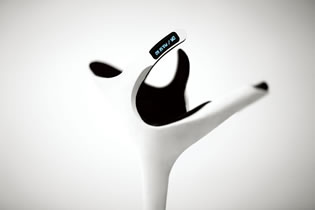 Title: The Aid
Designer: Egle Ugintaite
Country: Lithuania
Description: By using a cane that provides mobile navigation and health management services, users who have difficulty leaving their homes can become active members of society. This design takes into consideration how ICT devices can be useful in users' daily lives and deploys services that are integrated with social infrastructure. 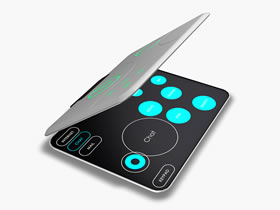 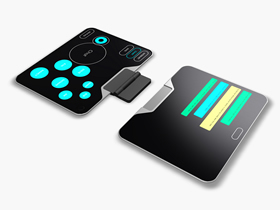 Title: Crowd
Designer: Philipp Schaake
Country: Germany
Description: Features a variety of different usage styles including a slate configuration, notebook configuration, and a configuration in which the screen and keyboard are separate. This design idea showcases a notebook that can be flexibly operated to fit any application or intended use. With an emphasis on the notebook's back cover, the PC can even be operated when closed. 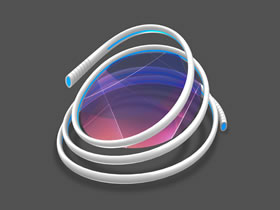 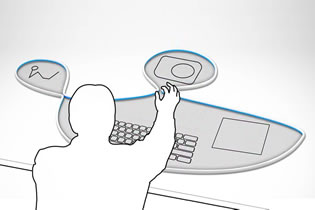 Title: Integral Cord
Designer: Raphael Lang / Yu-Lin Hou / Chan Wing Tak
Country: Germany
Description: This ICT-cord device can be easily positioned in any configuration, with a computer screen displayed inside the space enclosed by the cord. In addition to allowing for a diverse range of applications, this design creates new opportunities for communication by allowing multiple people to operate the display screen at the same time. 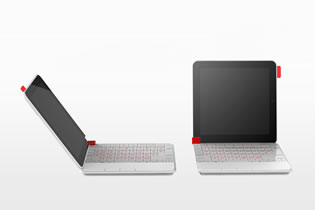 Title: Anderson
Designer: Ma Yiwei / Tao Ying
Country: Hong Kong
Description: In envisioning more opportunities for users to carry around their PCs, this notebook has been designed for ease-of-use when the user is both sitting and standing, making possible various operational styles that fit a wide range of different usage scenarios. 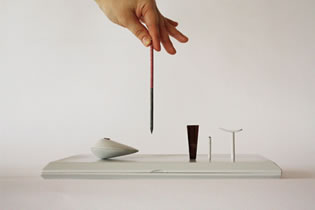 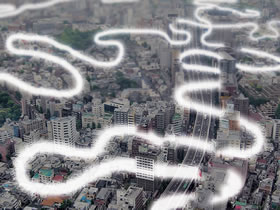 Title: River runs through CitY
Designer: Chikara Ohno
Country: Japan
Description: This proposed design for building social infrastructure is inspired by periods in history during which civilization flourished along riverbanks. It aims to give shape to urban culture by spreading visualized information through a geographic region like a flowing river. 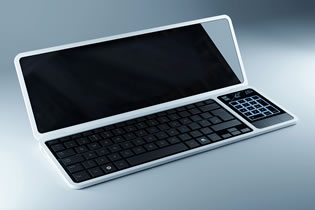 Title: Frame Series
Designer: Florian Langer / Patrick Decker
Country: Germany
Description: This innovative notebook brings together the individual features of devices like smartphones and slate terminals within a single computer frame. The result is an integrated PC that harnesses the strengths of multiple devices. 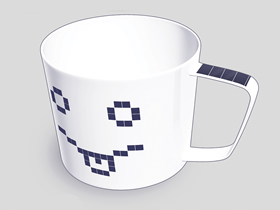 Title: Smile Cup
Designer: Nikita Mokhirev
Country: Estonia
Description: Inspired by emoticons, this communication-based cup can convey information on the user's mood as they are enjoying a cup of tea. 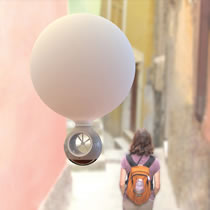 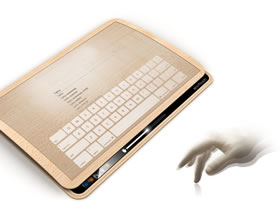 Title: ecoPad
Designer: Yonggu Do / Jun-se Kim / Eun-ha Seo
Country: South Korea
Description: Electricity is generated when the user presses the touchscreen of this PC, which can power itself. The design is environmentally-friendly and technically viable.

Eligibility:
Designers inside and outside of Japan (professionals, amateurs and students). Groups are also eligible.

Judging Process:
Awards will be decided after three rounds of judging.

Mr. Ross Lovegrove is an industrial designer born in England in 1958, who graduated from the Royal College of Art. He worked as a designer for Frog Design, and later joined Atelier de Nimes. In 1990, he set up his own design office in London, known as Studio X. He is highly regarded for his designs based on avant-garde concepts, and has exhibited work in the Museum of Modern Art in New York, Centre Pompidou in Paris and the Design Museum of London. He is the winner of numerous awards, including the World Technology Award from Time Magazine, and the Red Dot Design award.

Mr. Ma was born in Beijing in 1975, and has a postgraduate degree in architecture from Yale University in the USA. Ma worked at Zaha Hadid Architects in London, and Eisenman Architects in New York. In 2004, he formed MAD, a Beijing-based design office dedicated to innovation in architectural practice, landscape design and urban planning. He is featured in the Icon Magazine article "The 20 Essential Young Architects", and has won the Young Architect Award numerous times from the Architecture League of New York. He has also taught at Columbia University, MIT, and Harvard.

Born in Hamburg, Birgit studied industrial design in Florence. Since 1987, she has been involved in a number of leading architecture and design projects in Milan, Italy and worked as a design historian for justice departments and international auction houses. As a researcher and lecturer, she has conducted seminars on industrial design at a number of international universities. In 1999, she co-founded designboom, where she is currently editor in chief, head of educational programming and curator for international exhibitions.

Mr. Gwenael Nicolas was born in France in 1966, and came to Japan in 1991 after studying industrial design at RCA (London), and working on interior design at E.S.A.G (Paris). In 1998, he formed his own design studio known as "Curiosity", focusing on the seamless integration of everything from construction to interiors, products, and packages in lifestyle. He is well known for his interactive experience design of the "Lexus RX Museum" and "Light-Light". He is the winner of the third annual Ku/Kan Symposium.

Mr. Toshiyuki Inoko is the representative of Team Lab, a group of ultra technologists made up of engineers, designers, architects, CG animators, and mathematicians. While blurring the boundaries of technology, art and design, their work focuses on surpassing the media of the WEB, installation art, and robots. They developed the "Iza" website for Sankei Digital, Inc., and the "Korekamo.net" website for Tokyu Hands. Their work was nominated by the jury of the Japan Media Arts Festival. They have pieces on display at the Louvre Miyauchi National Museum of Decorative Arts.

Runner-Up Prize: Two designs - one from each category (cash prize of 10,000 euros each)

1 30,000 euros:
Please note that income taxes will be deducted from the prize money before payment.