The design contest was announced in May 2009 to gather innovative ideas from the public as a way to enhance the designs of state-of-the-art mobile phones offered by Fujitsu.

Roughly 2,000 submissions were received throughout June and July, from which a total of 24 winning entries have been selected: one Grand Prize, two Runner-up Prizes (one per category), six Judge's Special Awards (one per judge), and 15 Honorable Mentions.

The awards will be presented on October 6, 2009 on the main stage of Fujitsu's booth at CEATEC JAPAN 2009, being held at Makuhari Messe. The nine winning designs—Grand Prize, Runner-up Prizes, and Judge's Special Awards—will be on display. 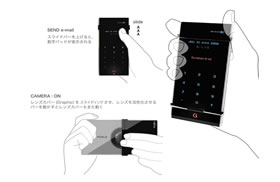 Title: Gesture Designer: Jin-gwon GO Description: With advances in graphic user interfaces, functions become icons for easy use. The design features an interface that can be operated according to the user's hand gestures when operating the mobile. 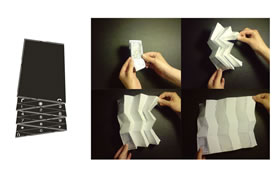 Title: FOLD-A-PHONE Designers: Hanna Sahlen / Sachiko Munakata Description: A paper-thin handset that can be folded into a compact shape and unfolded for use as a phone. 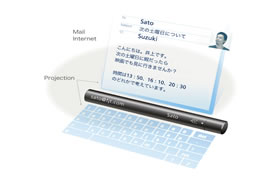 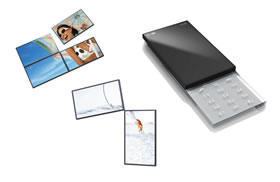 Title: Osusowa Keitai ("Sliced-up Phone") Designers: Kan Yasuma, Yo Ishigaki, Yoshihisa Tanaka Description: Multiple mobile phones that can be connected and used as one. This enables one phone to share its battery's charge with another, or for several to be joined together to form one large television screen. 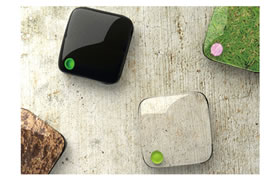 Title: chamelephone Designer: Hiroyuki Tabuchi Description: The mobile phone's body can mimic and take on the texture of the surface that it is placed on. 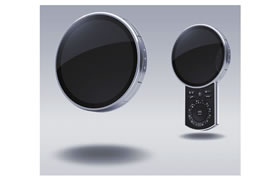 Title: F-Circle Designer: Yuji Ito Description: The design's distinctive and timeless appearance, a departure from the typical rectangular mobile shape, is intended for use throughout the years. 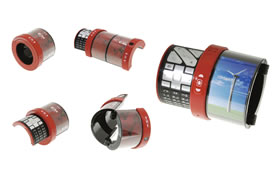 Title: KAORA (Tile) Designer: Wataru Igarashi Description: "Screens have to be flat"—the goal of this design was to break convention and create a distinctive design allowing user-friendliness previously unheard of. 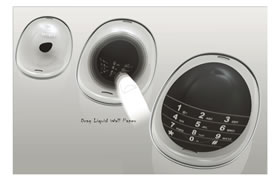 Title: Amoeba Phone Designer: Kwak yeon Description: The entire surface of the mobile phone is a touchscreen, increasing usability, while its interior concave shape is designed to fit the user's face when they are talking on the phone.

Eligibility: Designers in and outside of Japan (professionals, amateurs, and students) (Information available only in Japanese, but submissions accepted in English)

Judging Process: Finalists will be selected through preliminary, secondary, and final rounds of judging

The Japan Design Association's activities cut across many different aspects of design, including introducing and publicizing designs from Japan and around the world, encouraging exchange of design concepts between Japan and overseas, and supporting and cultivating Japanese designers. To celebrate its 24th anniversary, this year, the association has hosted the design event Tokyo Designers Week and the interior-design trade show 100% Design Tokyo. It also maintains the portal site Design Channel. In addition, it sponsors Japan's design presentations at overseas events such as the Milano Salone and London Design Festival. By making the television program Design Channel, the association carries out design-related activities throughout the year. Last year, it produced the kansei-Japan Design Exhibition (hosted by Japan's Ministry of Economy, Trade and Industry and the Japan External Trade Organization) at the Louvre Museum in Paris.