New technology developed for this SOA will be the foundation for the realization of future ultra high-speed photonic networks. Research for this technology was partially conducted as part of the project "R&D of High Performance Network Subsystems Using Nano Technology", commissioned by the Ministry of Internal Affairs and Communications (MIC) of Japan.

Details of this development will be presented at the Optical Fiber Communication Conference (OFC) 2005, which starts March 6 in Anaheim, U.S.

SOAs can suppress noise and fluctuation when optical signals are on (ON-level), by utilizing a characteristic known as gain saturation, in which the optical gain (amplification rate) falls when a signal is too intense. However, conventional SOAs typically had slow gain saturation response speeds requiring several nanoseconds, thereby impacting the subsequent signal and making such SOAs unusable in all-optical regenerators.

In addition, through improvements in crystal growth technology of quantum dots(4) and by designing a new device structure, Fujitsu realized a quantum dot SOA which easily enables gain saturation while achieving high optical gain and high optical output, at wavelengths of 1550 nanometers (nm) which are used in optical telecommunication

By using its new SOA, Fujitsu achieved the world's first successful waveform re-shaping and suppression of fluctuations of high-speed optical signals at 40Gbps. Unlike conventional SOAs in which waveform degradation occurred due to slow response time, such waveform degradation is not observed with Fujitsu's new SOA that employs quantum dots. By intentionally adding noise to the input signal, Fujitsu also succeeded in significantly suppressing output signal noise. When the input signal was amplified by 30 times (15 decibels), the noise to signal ratio was reduced by 40%.

Fujitsu will further optimize this new SOA and continue with development of a function to suppress fluctuations when signals are off (OFF-level fluctuations), and a re-timing function. Fujitsu targets the realization of an all-optical 3R regenerator using practical technology in the next four or five years. Fujitsu will also hereafter consider employing its new SOA for wavelength division multiplexing (WDM) applications. 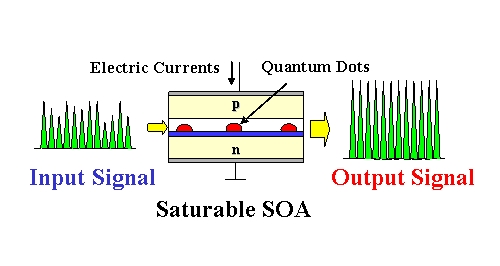 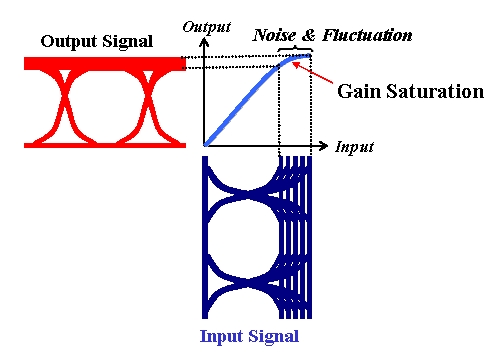 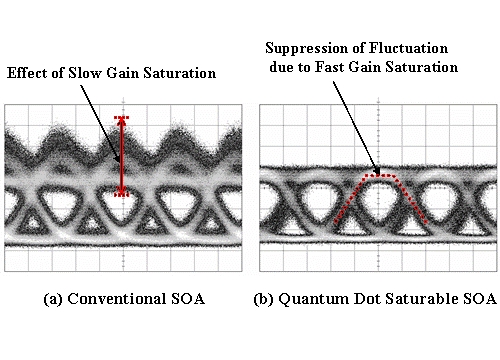 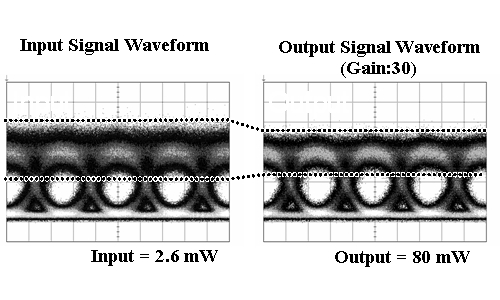 Fujitsu is a leading provider of customer-focused IT and communications solutions for the global marketplace. Pace-setting technologies, highly reliable computing and communications platforms, and a worldwide corps of systems and services experts uniquely position Fujitsu to deliver comprehensive solutions that open up infinite possibilities for its customers' success. Headquartered in Tokyo, Fujitsu Limited (TSE: 6702) reported consolidated revenues of 4.7 trillion yen (US$45 billion) for the fiscal year ended March 31, 2004.
For more information, please see: http://www.fujitsu.com/