Fujitsu has always understood the importance of software standards and interoperability worldwide.
We are a major contributor to DMTF (Distributed Management Task Force) and have proposed specifications for DMTF standards.

Jacques Durand of Fujitsu America won a "2013 DMTF Star Award" for his outstanding contributions to standardize Cloud Interoperability in DMTF.
He has been main editor of the Cloud Infrastructure Management Interface specification, which is a DMTF standard for simplifying cloud infrastructure management.

This is the third time that Fujitsu has won a DMTF Star Award and the second win for Jacques Durand.
He first won an award in 2010 (http://www.fujitsu.com/global/news/awards/software/20101116DMTF.html). 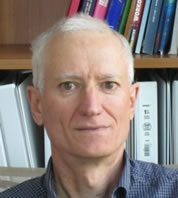