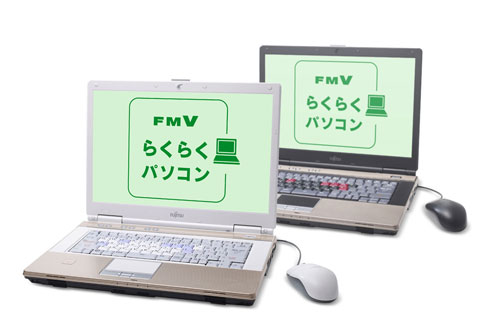 With the concept of "Easy to Use," "Simple" and "Secure," the Raku-Raku PC is designed to target customers such as seniors who have previously been interested in computers but never purchased, and those who want to use computers for the first time. Users can easily boot their intended application just by clicking what they want to do on the "Raku-Raku Menu," which allows starting with one click of a button. In addition, the distinctive keyboard with large letters provides ease of use.

Only the OS causes negative effects on computers, which always remains difficult to use, however, we value the hardware manufacturer's attempt to resolve such effects. Your concerted efforts toward the periphery of the keyboard can be interpreted traditionally as the "thumb shift" layout developed for Japanese character input. While highly appreciating the application software link, we expect further improvements in the functionality of hardware.