On 9th May 2003, the "Hayabusa" asteroid probe(note 1) was launched from the Uchinoura Space Center(note 2) with the aim of developing and verifying the "sample and return" technology for landing on an asteroid, collecting samples, and returning those samples to Earth. This would validate technology necessary for utilizing resources from the solar system as well as the feasability of return flight to celestial bodies. After liftoff, Hayabusa traveled approximately 2 billion km to reach the "Itokawa" asteroid in September 2005. It successfully landed on Itokawa in November 2005, and on 13th June 2010, "Hayabusa" returned to earth. This endied its successful seven year journey which, including the return journey, covered a total of approximately 6 billion km.

Fujitsu participated in and contributed to the success of this world-first sample and return mission to asteroid "Itokawa" by developing and operating a number of key ground based systems.

3. Ground data transmission system for communicating with the satellite.

1. The "orbit determination system" determines where the probe is located, estimates its position and speed, and decides the overall flight plan for the probe, based on these results. Fujitsu reliably and continuously operated the orbit determination system over the seven years from launch of "Hayabusa" until its return. The system also provided precise orbit determination during the final challenge of reentry into Earth's atmosphere, and also greatly contributed to precise guidance to the desert recovery area in Woomera, Australia.

2. The "real-time satellite status monitoring and fault diagnosis system" provides real-time functionality to transmit the status of each device built into a satellite and automatically perform fault diagnosis with operator notification. In the "Hayabusa" mission, this covered critical status-monitoring roles for satellite operation such as reliably transmission, to the ground based operations team, of the status and faults detected in the various on-board devices as well as monitoring power margins while moving using the ion engines.

Fujitsu has become a contributor to space development projects through the construction of highly reliable, high performance ground-based systems that underpin the success of leading-edge space science missions. 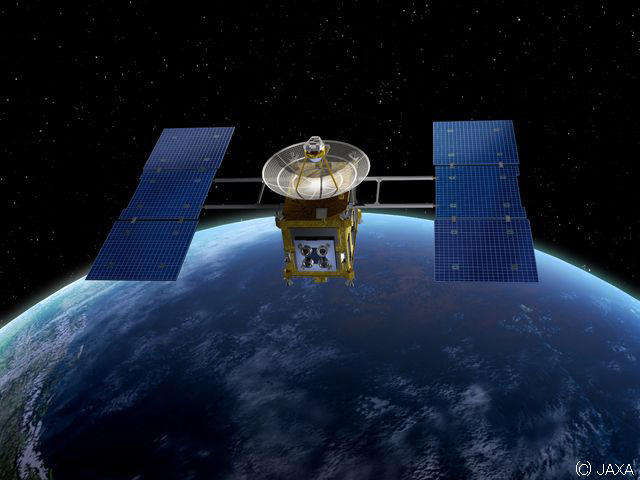 "Hayabusa" is an asteroid probe that was launched by the Institute of Space and Astronautical Science (the Japan Aerospace Exploration Agency was inaugurated in October 2003 when the National Aerospace Laboratory of Japan merged with the National Space Development Agency of Japan) on 9th May 2003.