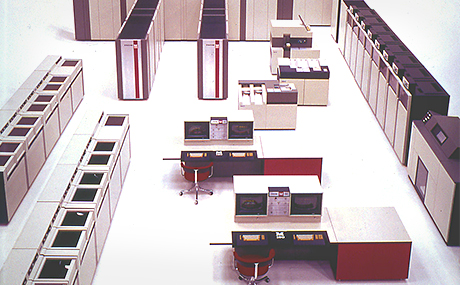 This was an ultra-large IBM-compatible machine and a sister machine to the Amdahl 470V/6. Introduced in 1974, it was the world's largest and highest-performance computer on the time. The M series was a series developed jointly by Fujitsu and Hitachi which had architecture designed in pursuit of international compatibility with the powerful assistance of the government. The FACOM M-190 had 2 to 3 times the processing capacity of the IBM 370/168, the largest mainframe model from IBM, while still keeping a low price, making it an extremely high-performance machine. The first unit put into use was delivered to Japan Gasoline Co. in 1976.