Sunnyvale, CA, March 31, 2017 – Fujitsu Laboratories of America today announced new technology for efficiently encoding JavaScript Object Notation (JSON) data in a highly compact form based on schemas. JSON is a text-based structured data format, and is becoming the de-facto format of data exchange in IoT systems. This new technology is twice as efficient at compacting JSON data when compared to CBOR (Concise Binary Object Representation) which is the most prominent compact binary encodings of JSON data in use today.

As more and more IoT devices embrace Web technologies, W3C (World-Wide-Web Consortium) launched WoT (Web-of-Things) Working Group with a goal to provide Web-layer interoperability between IoT systems. WoT implementations are applied to both traditional IoT configurations via gateways to cloud, as well as direct, autonomous interworking among heterogeneous devices. Most WoT implementations are expected to be executed in embedded systems such as microcontrollers. 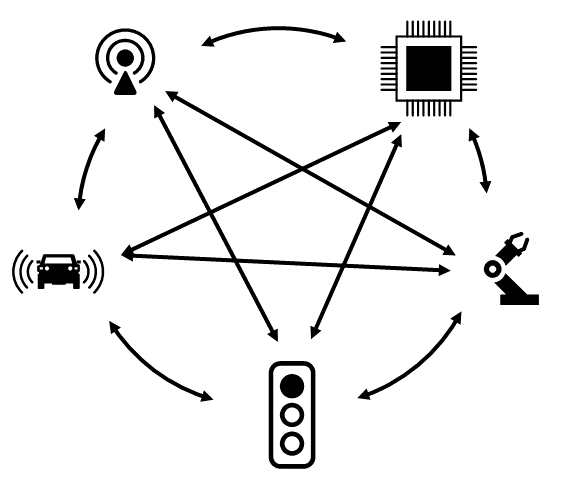 The new technology developed by FLA reduces the amount of resources required for implementation and execution of JSON data. This includes reducing the power consumption and compute cycles used to implement the parser, and the memory used to exchange and process the messages. Both of which are critical for devices implementing WoT, and to broaden the coverage of devices embedded with WoT implementations.
“The exponential rise of IoT devices around us requires efficient data compacting technologies”, said Masayuki Kato, CEO, Fujitsu Laboratories of America. “While some IoT devices may have the processing power to handle text-based bulky JSON data, the key to enabling scalability is supporting devices with lower resources”.
The new technology developed by FLA makes the encoding of JSON data much more efficient than those existing binary JSON encodings. Initial laboratory benchmarks have shown that the new technology can compact a 206 byte HR record data 2.21 times, 226 byte double record sensor data 1.6 times, and even in one of the extreme cases where content density (the ratio between text and markup) is extremely high, 92 byte sensor record 1.24 times better than CBOR.
Users can define schemas to describe the structural and data value constraints, and use the schemas to validate JSON data to guarantee data quality. By leveraging knowledge available in the schemas, this technology enables a degree of encoding compactness that was not possible with prior binary JSON encodings. Schema-based approach also allows implementations to generate code of smaller footprint, which is conducive to greater coverage of IoT devices.