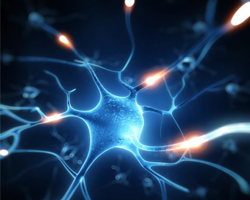 Traditional sequential von-Neumann machines, such as today’s microprocessors, are excellent for crunching numbers one at a time, but inefficient for cognitive tasks involving massive parallel datasets. Therefore software-based artificial neural networks running on today’s machines require enormous computing resources, sometimes even a supercomputer, and this makes it impractical for consumer or many industrial applications. Neural computing systems are designed from the ground up to deal with noisy parallel data, just as our brains do, and thus are ideally suited to handle ever-increasing demand for machines to perform cognitive kind of tasks, such as speech recognition and decision making, that are second-nature to humans. There is no scarcity of data to process, ubiquitous sensors and the Internet of Things are projected to generate amount of data about 40 zettabytes in 2020.

Neural computing systems use massively parallel and distributed architectures to mimic the neocortical function of mammalian brains. We believe these accelerators can be made compact, agile, and energy-efficient to perform real-world tasks such as pattern recognition, business analytics, and weather prediction. These tasks deal with high-volume, unstructured, and noisy data. Some target applications, such as self-driving cars, require that the data be processed in real-time. Many innovative technologies need to be developed for novel computing systems, such as silicon neurons, effective learning algorithms, hardware-friendly neuron networks, high bandwidth communications and efficient memory hierarchy

Fujitsu in the United States