Lei Liu is a Member of Research Staff at Fujitsu Research of America Inc. focusing on future Internet technologies. He received his B.E. and Ph.D. degrees from Beijing University of Posts and Telecommunications (BUPT), Beijing, China, in 2004 and 2009 respectively. From Nov. 2009 to Dec. 2012, he was a research engineer at KDDI R&D Laboratories Inc., Japan, where he was engaged in research & development on intelligent optical networks and their control and management technologies. From Dec. 2012 to Feb. 2015, he was with University of California, Davis, USA, working on many US national (including NSF, GENI, ARL, DOE, etc.) and international projects regarding optical networking and communication technologies. He joined Fujitsu Research of America Inc. in Feb. 2015. His main research interests include the future Internet architecture (such as information-centric networking), optical networking and communications, network control and management techniques (such as MPLS/GMPLS, PCE, OpenFlow), software-defined networking (SDN), and network protocols and algorithms. He has coauthored more than 100 peer-reviewed papers related to the previously mentioned research topics in prestigious international journals, conferences, and book chapters, and he is the first author of more than 50 of them. He has served guest editors, TPC chairs/members for many international journals and conferences. He has presented dozens of invited papers in international journals and conferences, including many prestigious ones such as IEEE/OSA Journal of Lightwave Technology, IEEE/OSA Journal of Optical Communications and Networking, ECOC・1, and ECOC・2 etc. 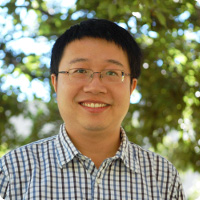