PFU to Celebrate the 10th Anniversary of ScanSnap

Ten years of digitizing documents and changing the face of business with ScanSnap!

PFU Imaging Solutions Europe Ltd will celebrate a milestone on July 10, 2011, as the date marks the 10 year anniversary since the company debuted its first ScanSnap series personal document scanner. 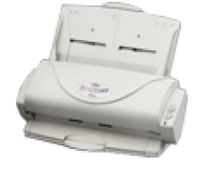 One push, speedy PDF generation has been the trademark of the ScanSnap series line of personal document scanners. The ScanSnap series was first introduced on July 10, 2001 with the launch of the fi-4110EOX in Japan. Over the next 10 years, ScanSnap scanners have been revolutionizing the business style of the customer by making it easier to share information and manage paper and digital data. PFU thanks all its valued customers around the world for helping ScanSnap surpass 1 million in unit sales in December 2009 and for making this 10th anniversary milestone possible. Ease of use and functionality continuously improved

Since the fi-4110EOX, PFU has endeavored to improve the versatility and usability of ScanSnap, implementing features often requested by users. ScanSnap made its global debut in 2002 with the launch of the fi-4110EOX2, and in 2005 the world got its first Mac compatible ADF scanner with the release of the fi-5110EOXM. The S500 was introduced the following year, bringing a new feature that combined the industry's best OCR (optical character recognition) and color image processing technologies to create searchable PDF files with incredible accuracy. More useful features were added to ScanSnap in the following years, including the series' first ultrasonic sensor in the S1500/S1500M, which was launched in 2009. Searching for and utilizing digitized documents, business cards and more became easier with each generation of ScanSnap scanners.

The S1500 emerged as one of PFU's best selling scanner models and was made the centerpiece of an expanded ScanSnap lineup consisting of the S300 and the S1100. When it was introduced in 2007, the S300 was the smallest and lightest A4 ADF scanner in its class, and the A4 ultra-portable scanner S1100, launched in 2010, brought a newly added cloud-linking feature to the ScanSnap series. This feature and other hot tech trends are making their way into all current ScanSnap series products, offering customers more uses than before.

In addition to thanking ScanSnap customers around the world for their support over the past 10 years, PFU shall strive to surpass market expectations in the years ahead with even more exciting ScanSnap features and products that are sure to enrich the business and lifestyle of the customer.

S1100/S1300 Promotion: Our Anniversary Present to Our Customers

Please join us in our celebration! PFU will launch a sales promotion beginning July 4 to mark the tenth anniversary of its ScanSnap product. The promotion will run until September 30, 2011. It's easy to enter. All customers have to do is purchase a ScanSnap S1100 or S1300, visit http://www.celebratescansnap.com, enter the ScanSnap's serial number and fill out the questionnaire. They will receive a present from PFU within a few days – an Evernote gift certificate plus a surprise gift.

PFU Limited (Japan), a Fujitsu company, is the maker of Fujitsu scanners. The company is a globally active IT provider that designs, manufactures and markets computer hardware, peripheral products and enterprise software. PFU offers the broadest portfolio of document scanners for professional personal, desktop, workgroup and high-volume production environments and is one of the world's leading document scanner companies. PFU has been engaged in the document imaging scanner business for more than 20 years and generates an annual turnover of $1 billion..

Operating in Europe, the Middle East, and Africa (EMEA), PFU Imaging Solutions Europe Limited is responsible for marketing and sales of the Fujitsu document scanners. The European company was established in the United Kingdom in 1981 and has subsidiaries in Germany and Italy.